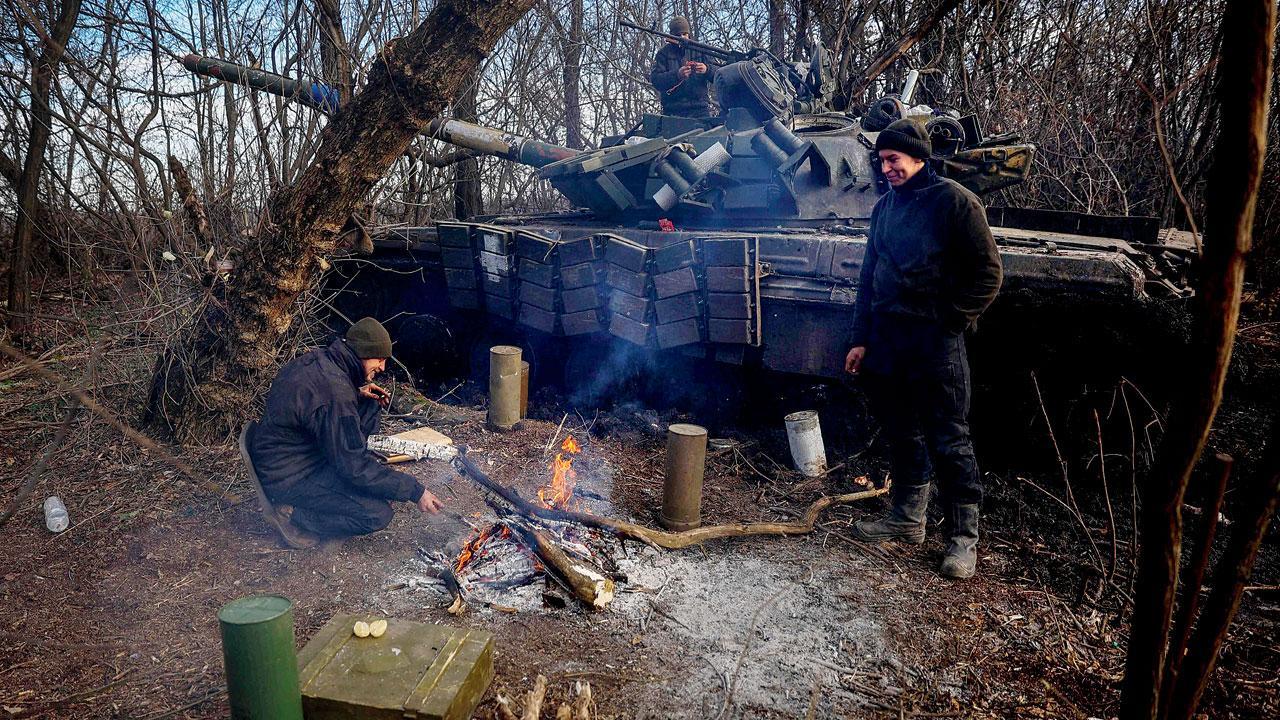 Ukrainian servicemen warm themselves next to their tank at a position near Bakhmut, Donetsk Wednesday. Pic/AFP


The Kremlin on Thursday condemned the European Union’s calls to hold a war crimes tribunal over Russia’s actions in Ukraine, saying anybody would be illegitimate and unacceptable to Moscow.

European Commission President Ursula von der Leyen said on Wednesday the EU would try to set up a specialised court, backed by the United Nations, to investigate and prosecute possible war crimes committed by Russian forces in Ukraine. “As for attempts to establish some kind of tribunal: they will have no legitimacy, will not be accepted by us and we will condemn them,” Kremlin Spokesman Dmitry Peskov said in a briefing call with reporters on Thursday.

The West and Ukraine have alleged multiple counts of Russian war crimes during the nine-month war, including in the town of Bucha which Russian forces occupied for a month following the Feb. 24 invasion and departed in late March after a failed offensive on the Ukrainian capital. Kyiv has been pushing for the creation of a special tribunal to prosecute Russian military and political leaders it holds responsible for the war.

Spain has stepped up security at public and diplomatic buildings after a spate of letter bombs, including one sent to Prime Minister Pedro Sanchez and another to the Ukrainian embassy in Madrid, where an official suffered minor injuries. The Interior Ministry revealed on Thursday a device wsent to Sanchez was “similar” to packages received by the Ukrainian embassy, an arms firm on Wednesday, and at Torrejon de Ardoz air force base on Thursday morning.