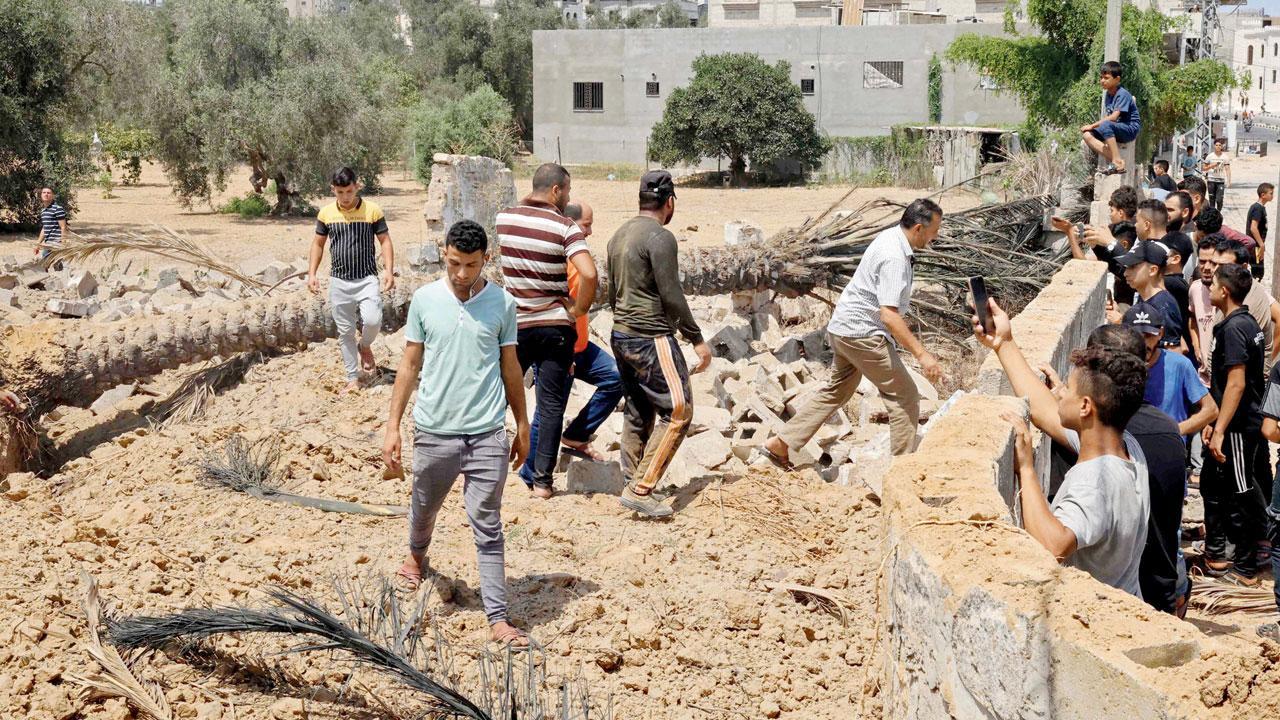 
Israeli aircraft struck in Gaza and Palestinians fired rockets at Israel on Saturday after an Israeli operation against the Islamic Jihad militant group ended more than a year of relative calm along the border.

Israel on Friday killed one of the group’s senior commanders in a surprise daytime air strike on a high-rise building in Gaza city which drew rocket salvoes in response. On Saturday, Israel said it struck Islamic Jihad militants preparing to launch rockets. Additional bombings targeted three houses, witnesses said, flattening at least one as the sounds of more explosions rocked Gaza city.

Palestinian militants fired at least 160 rockets across the border, setting off air raid sirens and sending people running to bomb shelters as far as the central Israeli city of Modiin, between Tel Aviv and Jerusalem. Most of the missiles were intercepted and there were no reports of serious casualties, according to the Israeli ambulance service. Egyptian, UN and Qatari efforts to end the fighting were underway.

The Israeli strikes killed 12 Palestinians, including at least four more Islamic Jihad militants and a child, and have wounded at least 84 people, according to the Palestinian Health Ministry. Islamic Jihad did not provide precise details on how many of its members had been killed and signalled no immediate ceasefire.

Next Story : Life expectancy in Africa increases by 10 years: WHO