The tribunal spent $337 million and 16 years to convict just him and two other defendants in connection with a reign of terror that caused the deaths of an estimated 1.7 million people 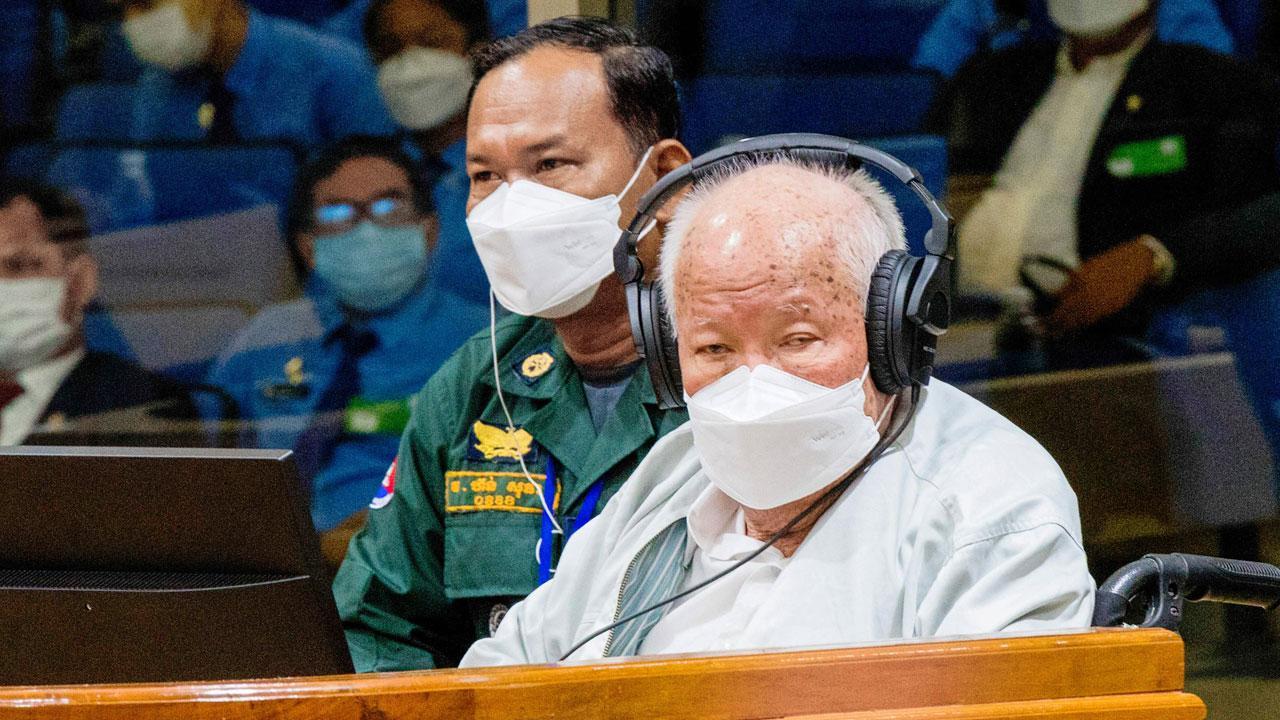 Ex-Khmer Rouge head of state Khieu Samphan in the Courts of Cambodia. Pic/AFP


Cambodia’s UN-backed Khmer Rouge tribunal on Thursday rejected the appeal of a genocide conviction by the communist group’s last surviving leader in what is expected to be the special court’s last session.

The historic international court issued its ruling on an appeal by Khieu Samphan, who served as head of state in Cambodia’s 1975-79 Khmer Rouge government. He was convicted in 2018 of genocide, crimes against humanity and war crimes and sentenced to life in prison.

The tribunal spent $337 million and 16 years to convict just him and two other defendants in connection with a reign of terror that caused the deaths of an estimated 1.7 million people.

Khieu Sampan denied having had any real say in policies when Khmer Rouge sought to establish a utopian agrarian society, causing their countrymen’s deaths from execution, starvation and inadequate medical care. It was ousted from power in 1979 by an invasion from Vietnam.

1.7 million
No of approximate people killed by Khmer Rouge