In Mandalay, the nation’s second-largest city, about 1,000 demonstrators emerged onto the streets, those in the vanguard carrying shields marked with a three-fingered salute, the movement’s symbol of defiance. 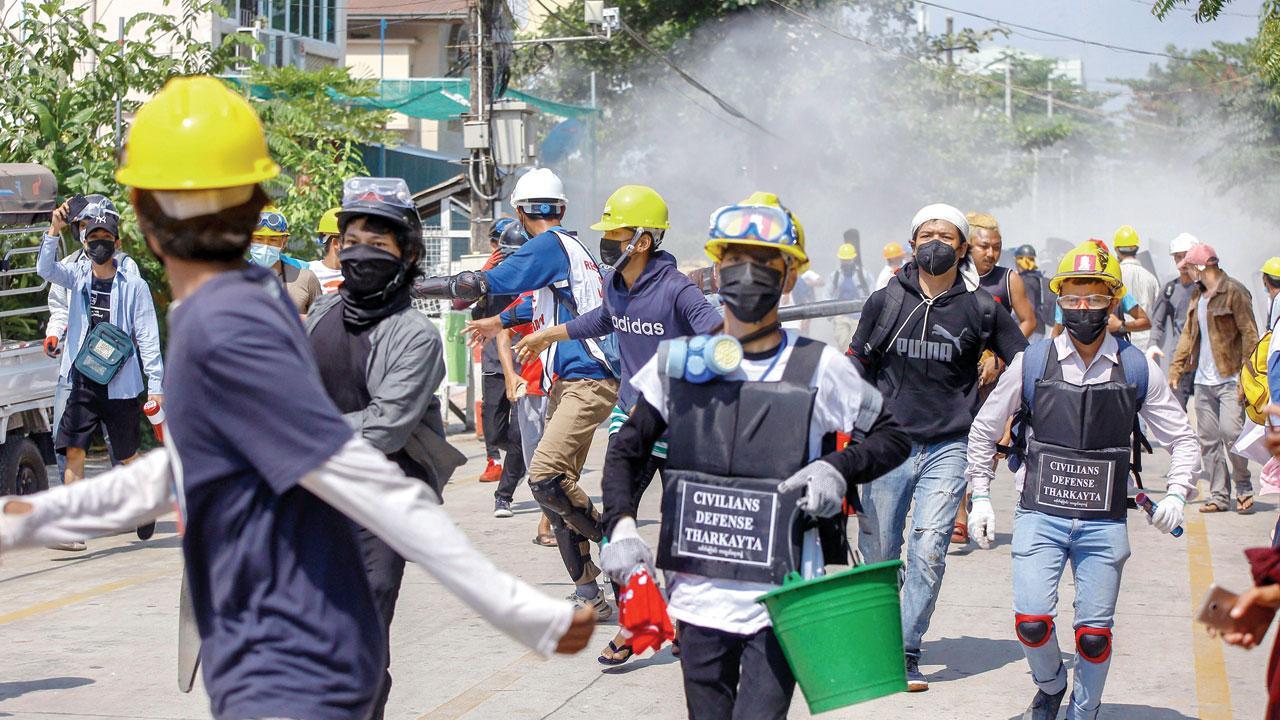 Anti-coup protesters retreat from the frontlines after discharging fire extinguishers towards a line of riot policemen in Yangon, Myanmar, on Wednesday. Pic/AP/PTI


Protesters against the military takeover in Myanmar carried homemade shields and moved with more caution and agility on Tuesday, adapting their tactics to the escalating violence from security forces not reluctant to use lethal force to break up crowds. In Mandalay, the nation’s second-largest city, about 1,000 demonstrators emerged onto the streets, those in the vanguard carrying shields marked with a three-fingered salute, the movement’s symbol of defiance.

They marched for just a few minutes before dispersing to avoid a possible confrontation with riot police. Another group made a mobile protest, driving through the streets on motorbikes. Security forces trying to stop people from gathering have used water cannons, tear gas and rubber bullets most often, but also have fired live ammunition at crowds. The crackdown has left more than 60 protesters dead but has failed to slow the widespread protests against the February 1 coup.

A school principal involved in the protest movement died on Tuesday from unknown causes after being taken into custody by security forces, according to media reports. The death of Zaw Myat Lin in custody was the second in recent days. He was a member of Suu Kyi’s National League for Democracy party. The deaths of Zaw Myat Lin and Khin Maung Latt, a party activist detained on Saturday night whose body was retrieved from a military hospital the next day, have raised questions about whether the government is torturing and killing detainees.

Next Story : I have never returned empty-handed from Nandigram: Mamata