The South Korean military sent several warning communications to the North over the firing, the ministry of defence said in a statement 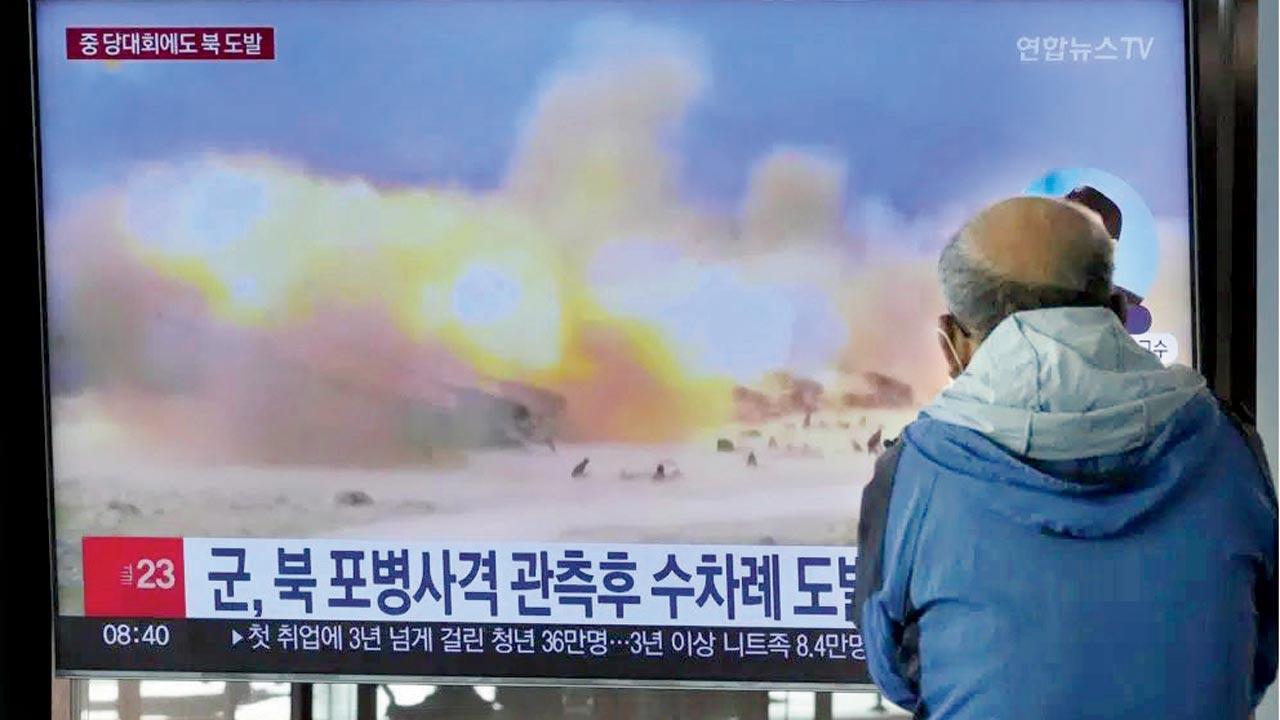 A file image of North Korea’s military exercise during a news programme at the Seoul Railway Station, South Korea on October 19. Pic/AP


North Korea said it fired more than 130 artillery shells into the sea off its east and west coasts on Monday after detecting military drills across the border in the South. Some of the shells landed in a buffer zone near the sea border in what Seoul said was a violation of a 2018 inter-Korean agreement to reduce tensions.

The South Korean military sent several warning communications to the North over the firing, the ministry of defence said in a statement. North Korea’s military conducted its firing after detecting dozens of “projectiles” fired in the South near the shared border, state news agency KCNA reported, citing a spokesperson of the General Staff of the Korean People’s Army.

“The enemy should immediately cease military actions that cause escalation of tensions in areas near the front lines where visual surveillance is possible,” the unnamed spokesperson said, warning that the North would respond firmly and with overwhelming military action to any provocation. “We sternly warn the enemy not to stir up unnecessary escalation of tension along the front lines.” South Korea and the United States were conducting a joint land-based firing drill near the border in Cheorwon County on Monday. Their drill will continue on Tuesday. The allies have stepped up joint military exercises this year, saying they are necessary to deter nuclear-armed North.

Next Story : Scientist: Covid-19 is a man-made virus