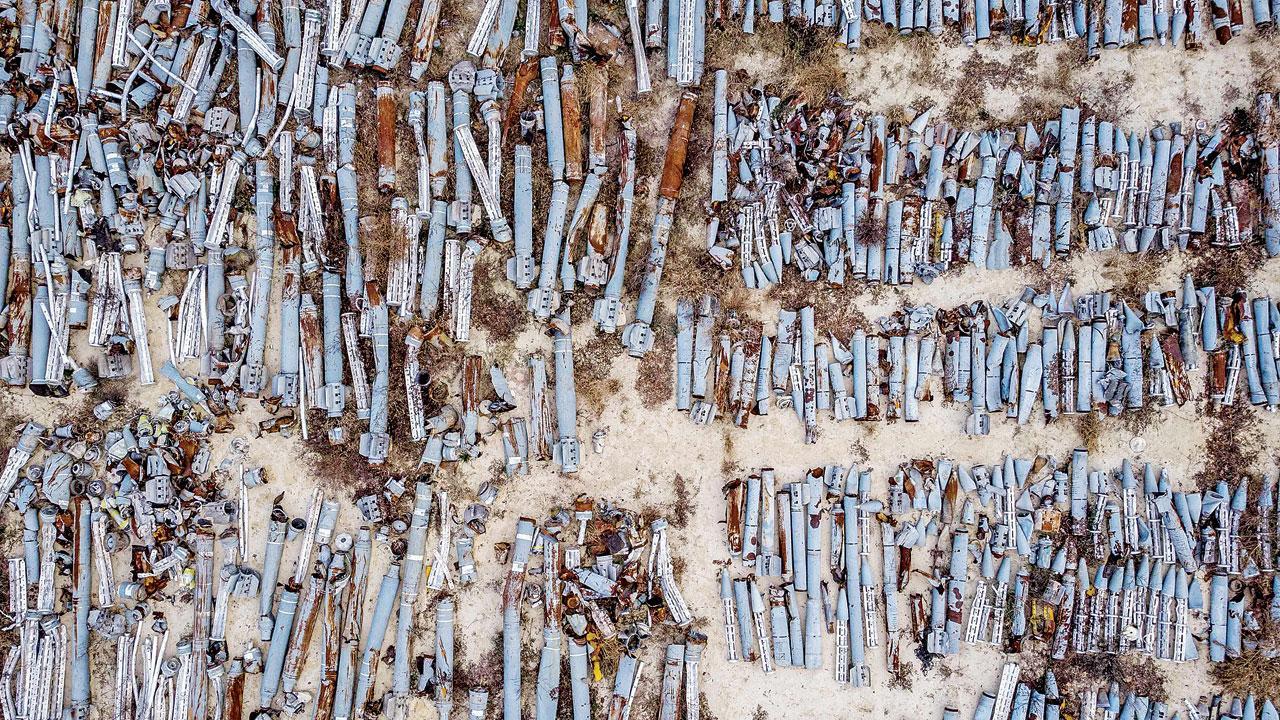 Remnants of shells and missiles used by the Russian army to attack the second largest Ukrainian city of Kharkiv. Pic/AFP


Russian President Vladimir Putin has acknowledged that his army could be fighting in Ukraine for a long time, but said for now there will be no second call-up of soldiers. Putin has rarely spoken about the duration of a war that he began more than nine months ago but told loyalists in a televised meeting on Wednesday it could go on for some time yet.

“This can be a long process,” he said. Russia has been forced into a series of significant retreats in the face of Ukrainian counter-offensives, waged with increasing stocks of Western weaponry, in the east and south since July. Russia launched what it calls its “special military operation” in February, saying Ukraine’s deepening ties with the West posed a security threat. Ukraine and its allies say the invasion amounts to an imperialist land grab.

Putin, in his remarks, said the risk of a nuclear war was growing but Russia would not recklessly threaten to use such weapons. “We haven’t gone mad, we realise what nuclear weapons are,” Putin said. “We have these means in more advanced and modern form than any other nuclear country ... But we aren’t about to run around the world brandishing this weapon like a razor.” About 1,50,000 of the 3,00,000 reservists called up in September and October had been deployed in Ukraine, 77,000 in combat units, Putin said. The remaining 150,000 were still at training centres. “Under these conditions, talk about any additional mobilisation measures simply makes no sense,” Putin said.

Next Story : Massive fire breaks out at mall in Moscow region