Russia denies planning to give up vast Ukrainian nuclear plant

The head of Ukraine’s state-run nuclear energy company said on Sunday there were signs that Russian forces might be preparing to vacate Europe’s biggest nuclear plant, which they seized in March, soon after invading Ukraine 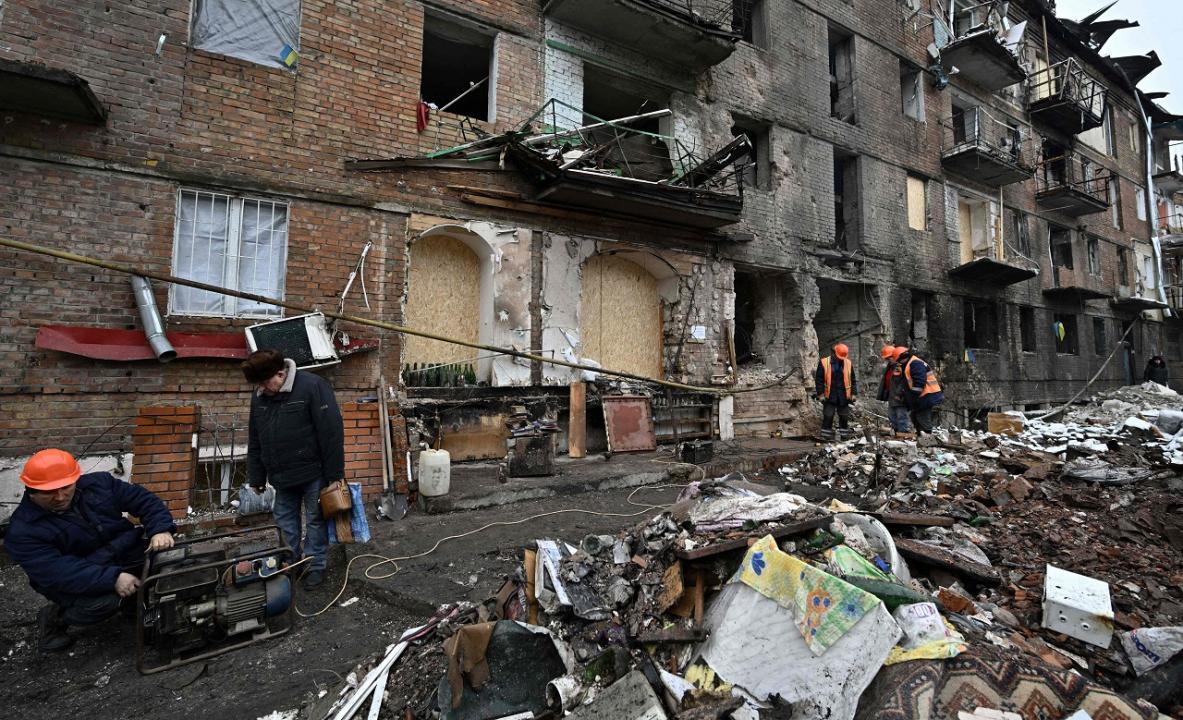 Repairmen work near a residential building damaged following a missile attack in Vyshgorod, outside of Kyiv. Pic/AFP


The Zaporizhzhia nuclear power plant in Ukraine is still under Russian control and will remain so, the Kremlin said on Monday, after a Ukrainian official suggested Russian forces were preparing to leave.

The head of Ukraine’s state-run nuclear energy company said on Sunday there were signs that Russian forces might be preparing to vacate Europe’s biggest nuclear plant, which they seized in March, soon after invading Ukraine.

The Kremlin dismissed the statement. “There’s no need to look for signs where there are none and cannot be any,” spokesman Dmitry Peskov told reporters on Monday. Ukrainian President Volodymyr Zelensky cautioned on Sunday Russia was “planning new strikes” on his country, urging defence forces and citizens to be prepared to withstand a new week of strain on the power grid amid freezing temperatures.

Moscow has targeted vital infrastructure in recent weeks, sparking power outages, killing civilians. “We understand that the terrorists are planning new strikes. We know this for a fact,” Zelensky said. “And as long as they have missiles, they, unfortunately, will not calm down.”

Next Story : NATO chief says won’t back down on Ukraine aid