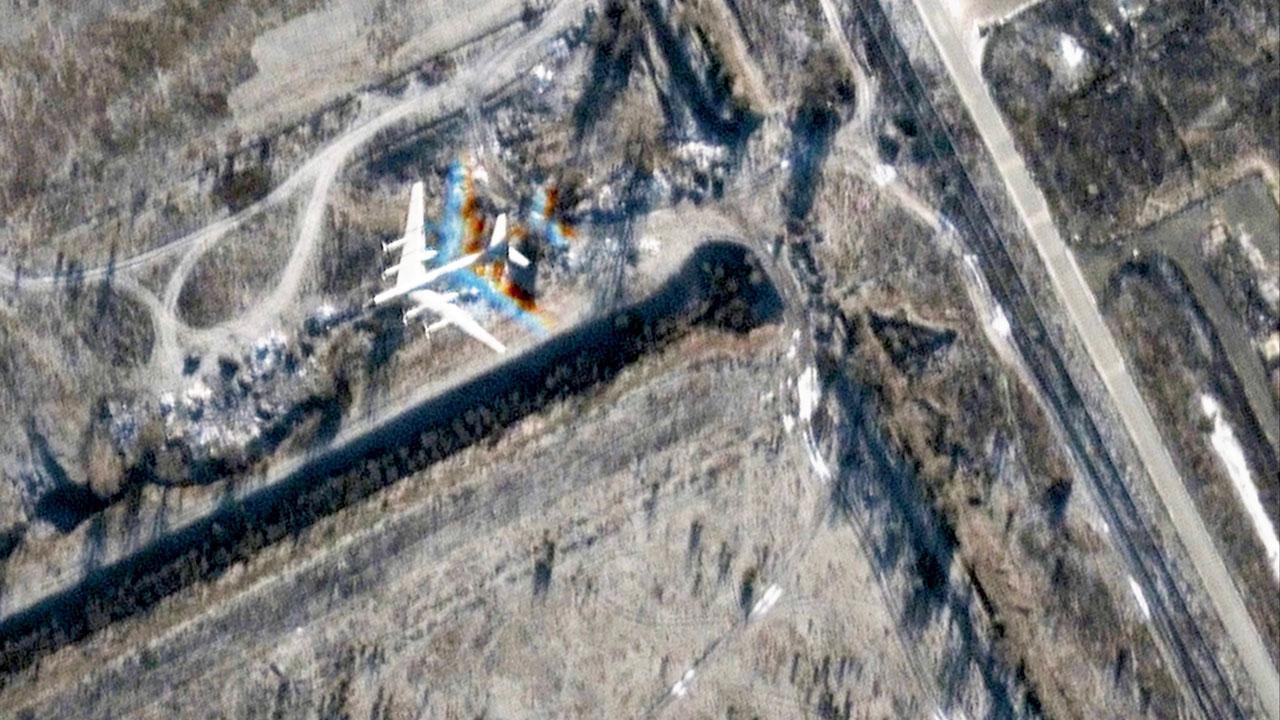 This handout satellite image released by Maxar Technologies on Monday shows flight activity of a Tu-95 bomber at Engels Airbase, in Russia. Pic/AFP


A fire broke out early Tuesday at an airport in Russia’s southern Kursk region, which borders Ukraine, the regional governor reported, blaming a drone attack. The fire occurred the day after Moscow blamed Kyiv for drone strikes on two air bases deep inside Russia and launched another wave of missile strikes on Ukrainian territory.

“As a result of a drone attack, an oil reservoir caught fire in the area of Kursk airport. The fire is being contained. All emergency services are working on the spot,” Kursk Governor Roman Starovoy said in a Telegram post. Ukrainian officials have not formally confirmed carrying out the attacks.

Also Read: Putin is open to talks on Ukraine, the Kremlin says

The Russian Defense Ministry said it had shot down two Ukrainian drones. It said three Russian servicemen were killed and four others wounded by debris, and that two aircraft were slightly damaged. The attacks on the Engels base in the Saratov region on the Volga River and the Dyagilevo base in the Ryazan region in western Russia were part of Ukraine’s efforts to curtail Russia’s long-range bomber force, the ministry said. The Engels base east of the border with Ukraine, houses the Tu-95 and Tu-160 nuclear-capable strategic bombers that have been involved in launching strikes on Ukraine. The Dyagilevo air base houses tanker aircraft used to refuel other planes in flight.

Russian Defence Minister Sergei Shoigu said on Tuesday that Ukraine was continuing to shell the Zaporizhzhia nuclear power plant, deliberately creating the threat of a possible nuclear catastrophe. Ukraine denies shelling the facility, which has been under the control of Russian forces and has accused Russia of firing on it. “Our units are taking all measures to ensure the safety of the Zaporizhzhia nuclear power plant,” Shoigu said. “In turn, the Kyiv regime seeks to create the appearance of a threat of a nuclear catastrophe by continuing to deliberately shell the site,” he added.

Next Story : Elon Musk says fired Twitter counsel over concerns about his role in info suppression