Taiwan thanks US for maintaining security in Strait

At a rally on Saturday in southern Taiwan for local elections scheduled for late November, Tsai said they were not just facing rival candidates, “but also pressure from China” 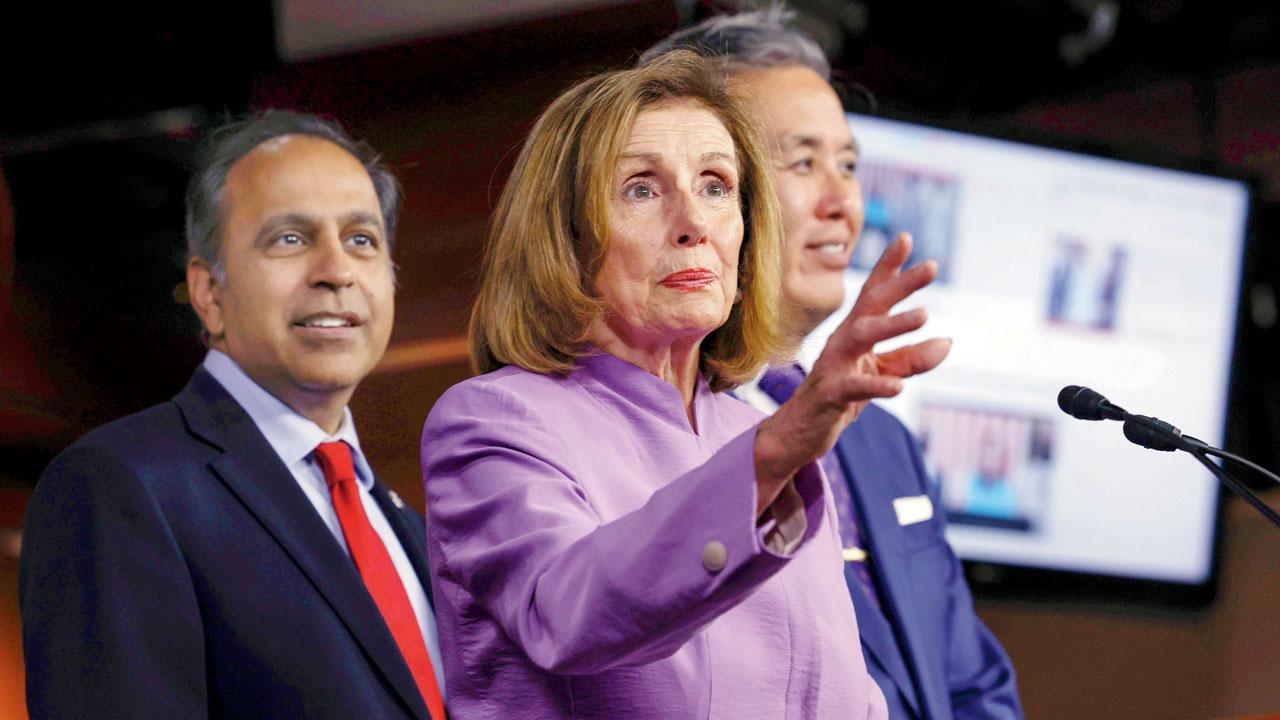 US House Speaker Nancy Pelosi speaks alongside members of the Congressional Delegation at a press conference. Pic/AFP


Taiwan's foreign ministry on Saturday expressed “sincere gratitude” towards US for taking “concrete actions” to maintain security and peace in the Taiwan Strait and the region. US Indo-Pacific coordinator Kurt Campbell said that China “overreacted” to US House of Representatives Speaker Nancy Pelosi's visit to Taiwan, which set off days of war games by Beijing around the island, which China views as its own territory. Taiwan's foreign ministry said in a statement on Saturday that China's “unprovoked military and economy intimidation” had “further strengthened the unity and resilience of the global democratic camp.”

Taiwan President Tsai Ing-wen said on Thursday that China’s threat of force is undiminished, even though Beijing’s largest- ever military drills around the island, following Pelosi’s visit last week, seemed to be scaling down. At a rally on Saturday in southern Taiwan for local elections scheduled for late November, Tsai said they were not just facing rival candidates, “but also pressure from China”.

Taiwan blamed “political considerations” for the cancellation of WorldPride 2025 Taiwan after it said the organisers had insisted the word “Taiwan” be removed.
Taiwan participates in global organisations like the Olympics as “Chinese Taipei,” to avoid political problems with China. Taiwan’s southern city of Kaohsiung had been due to host WorldPride 2025 Taiwan, after winning the right from global LGBTQ rights group InterPride. Kaohsiung organisers said InterPride had recently “suddenly” asked them to change the name of the event to “Kaohsiung”, removing the word “Taiwan”.

Next Story : Thousands rally in Budapest to protect forests after govt order