Ukraine’s nuclear plant head said to be ‘kidnapped’ by Russia

Considered to be Europe’s largest nuclear power plant, it is now occupied by Russian troops, a region which Russian President Putin has annexed illegally 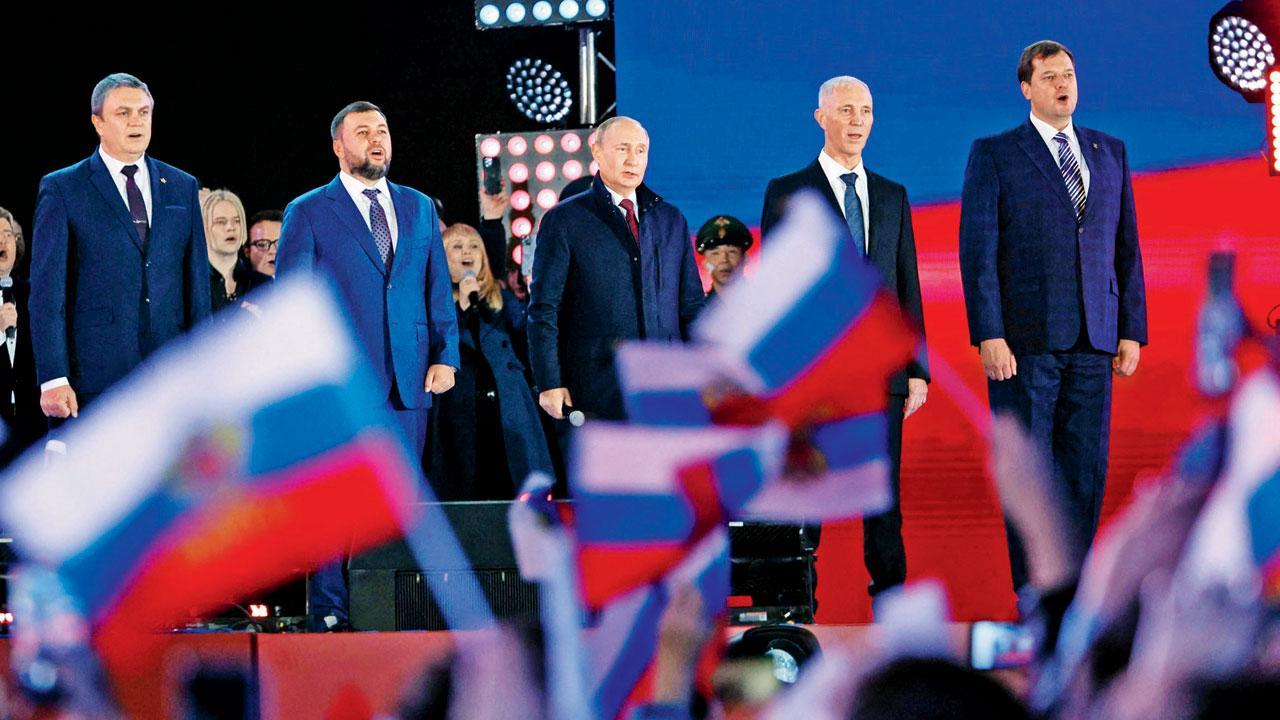 
Ukraine's nuclear power provider accused Russia on Saturday of “kidnapping” the head of Europe's largest nuclear power plant, a facility now occupied by Russian troops and located in a region of Ukraine that Russian President Vladimir Putin has moved to annex illegally.

Russian forces seized the director-general of the Zaporizhzhia Nuclear Power Plant, Ihor Murashov, around 4 pm on Friday, Ukrainian state nuclear company Energoatom said. That was just hours after Putin, in a sharp escalation of his war, signed treaties to absorb Moscow-controlled Ukrainian territory into Russia. Energoatom said Russian troops stopped Murashov’s car, blindfolded him and then took him to an undisclosed location.

“His detention by (Russia) jeopardises the safety of Ukraine and Europe’s largest nuclear power plant,” said Energoatom President Petro Kotin said. Kotin demanded that Russia immediately release Murashov. Russia did not immediately acknowledge seizing the plant director. The International Atomic Energy Agency, which has staff at the plant, did not immediately acknowledge Energoatom's claim of Murashov’s capture. The Zaporizhzhia plant repeatedly has been caught in the crossfire of the war in Ukraine. Ukrainian technicians continued running it after Russian troops seized the power station. The plant's last reactor was shut down in September amid the ongoing shelling near the facility.

On Friday, NATO Secretary-General Jens Stoltenberg said the war in Ukraine was at “a pivotal moment,” he called Putin’s decision to take over more territory. “Russia now claims sovereignty over 15 per cent of Ukraine,  he added. “The largest attempted annexation of European territory by force since the Second World War.” Elsewhere in Ukraine, a counter-offensive that embarrassed the Kremlin last month by liberating a region bordering Russia was on the verge of retaking more ground, according to military analysts.

The Institute for the Study of War, a Washington-based think tank, said Ukraine likely will retake another key Russian-occupied city in the country’s east in the next few days. Ukrainian forces already have encircled the city of Lyman, some 160 kilometres southeast of Kharkiv, Ukraine's second-largest city.

Next Story : Monkeypox elimination unlikely in US: Officials