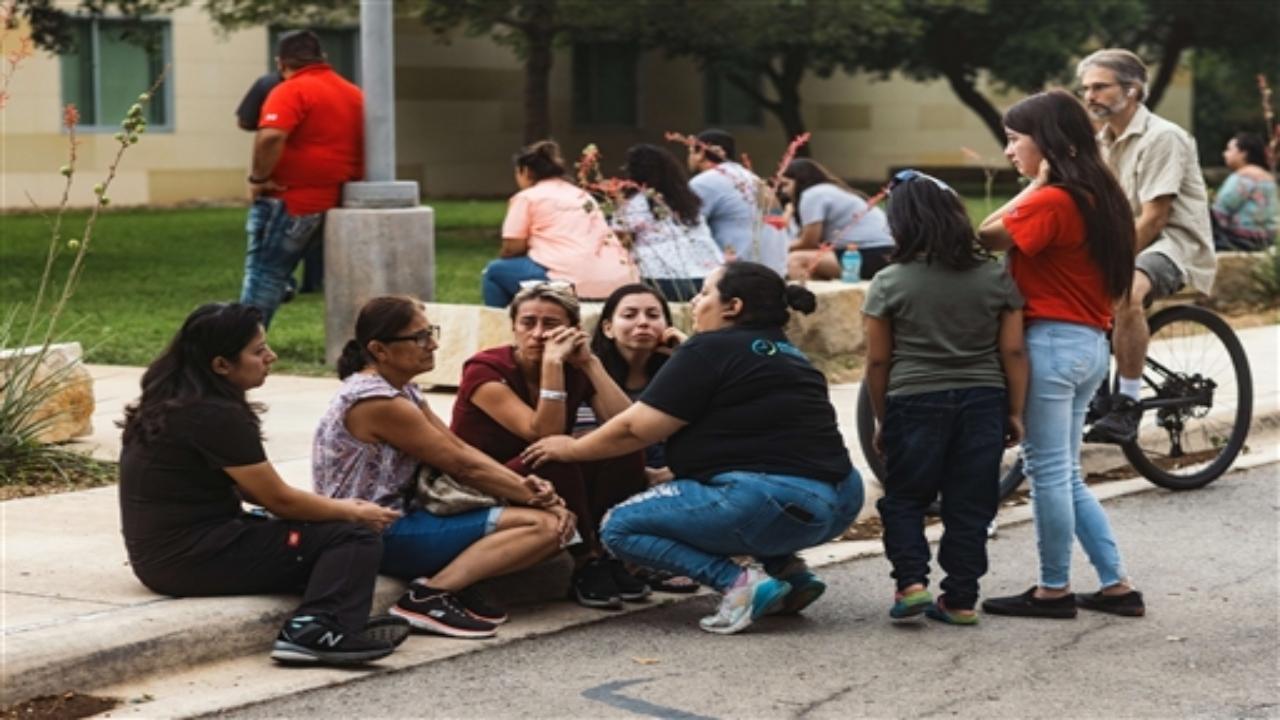 People grieve outside the SSGT Willie de Leon Civic Center, where the community has gathered in the wake of a mass shooting at Robb Elementary School on May 24 in Uvalde, Texas. Pic/AFP


US President Joe Biden asked Americans to stand up to the gun lobby and urged the members of the Congress for an immediate gun control legislation as he highlighted that the 'sensible gun laws' need to be passed in the wake of the Texas school shooting in which 19 were killed including 18 children.

"When we passed the Assault Weapons Ban (in 1994), mass shootings went down. When the law expired [in 2004], mass shootings tripled. The idea that an 18-year old kid can walk into a gun store and buy assault weapons,it's just wrong." US President said hours after the deadliest school shooting in Texas.

Addressing the presser, Biden hoped that when he became the President, he would not have to do this, again.

Biden drew on his own experience with grief, having lost his first wife and young daughter in a car accident in 1972 and an adult son to cancer in 2015.

"To lose a child is like having a piece of your soul ripped away," he said. "There's a hollowness in your chest you feel like you're being sucked into it ... you're never quite the same".

US President asked the nation to pray for them and "give the parents and siblings strength in the darkness they feel right now as a nation."

US President mentioned the 2018 Marjory Stoneman Douglas High School shooting in Parkland, Florida, and said, "Since then they have been over 900 incidents of gun fires reported on school grounds."

He spoke of the shooting in Buffalo ten days ago and lamented that in both incidents an 18-year-old was able to purchase a gun and commit such heinous crimes.

Earlier in the day, Biden was briefed about the shooting aboard Air Force One as he returned from a trip to Asia, White House press secretary Karine Jean-Pierre said on Twitter. He called Texas Governor Greg Abbott to offer any assistance needed.

"His prayers are with the families impacted by this awful event," Jean-Pierre said.

In a statement issued before he landed, Biden ordered the flags at the White House and at U.S. federal and public buildings to be flown at half-mast until Saturday.

Next Story : North Korea fires suspected ICBM and 2 other missiles