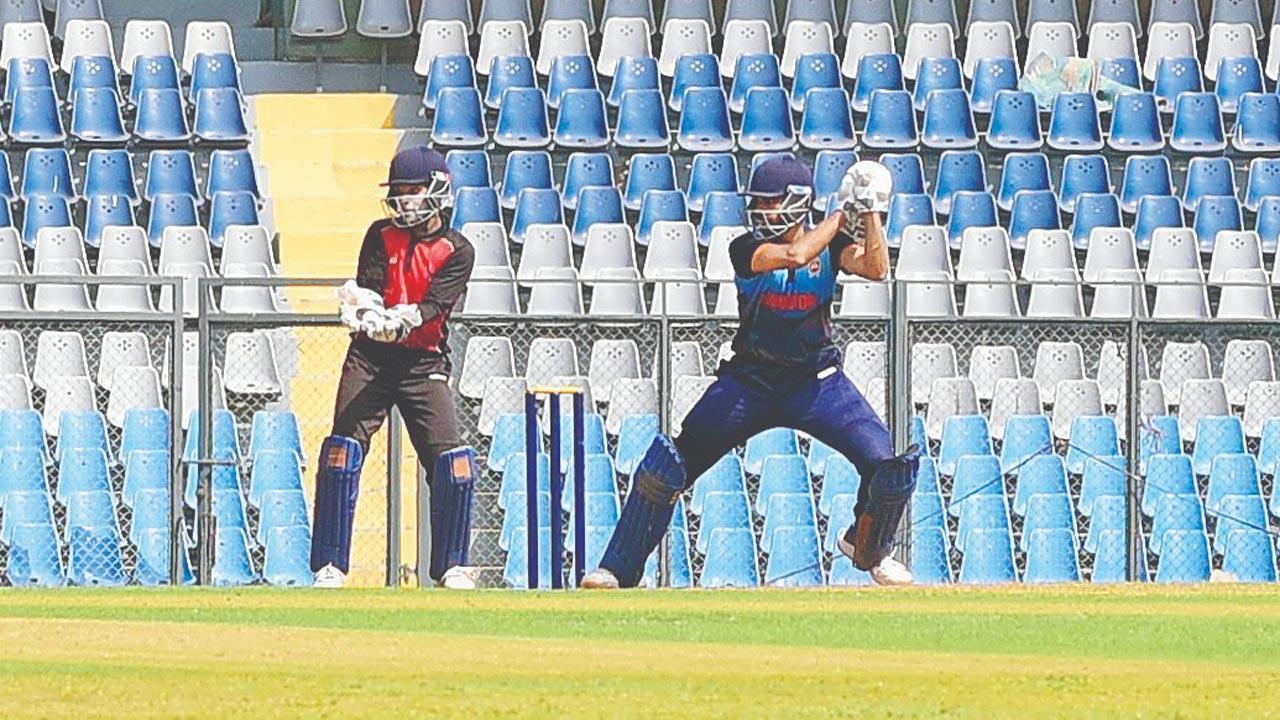 Baroda all-rounder Atit Sheth during his knock of 87 against Nagaland at the Wankhede Stadium. Pic/Shadab Khan

Put into bat, Baroda were bowled out for 259 in their allotted 50 overs. Though skipper Ambati Rayudu (20, 1x4, 1x6) and his deputy Ninad Rathva (2) got out early, bowling all-rounder Atit Sheth (87, 7x4) batted sensibly to help post a decent total. Sheth shared an 88-run stand for the third wicket with Vishnu Solanki (39, 3x4).

Rayudu pointed to Sheth as a future India player. “Atit is a very promising all-rounder and has a bright future. He has been performing consistently. He has all those qualities which need to represent India. He has a good technique and he is an all-format player,” Rayudu, 37, who represented the country in 55 ODIs and six T20Is told Sunday mid-day.

When asked about his motivation factor as he is retired from international cricket, Rayudu said: “I am batting well. At this age, my motivation is to play good cricket, perform well and help the team to win games. Hunger to perform comes with the tight situation and tough matches and I am enjoying it.”

Next Story : Getting to No 1, doesn't happen overnight...: Sachin Tendulkar backs Team India after T20 disappointment