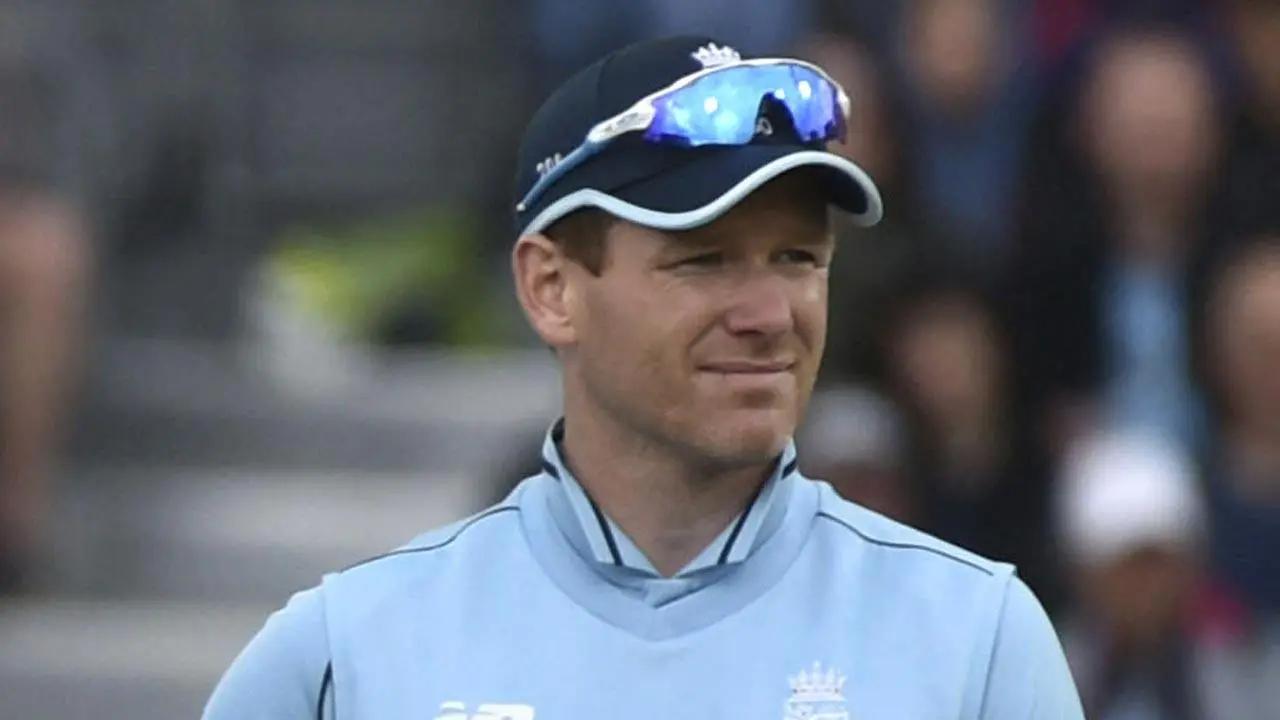 
Wishes and tributes poured in from all corners to praise the legacy that Eoin Morgan built and left as England's greatest white-ball captain announced his retirement from international cricket.

Since he announced his retirement, tributes have been pouring in from around the world, praising the former skipper for his huge contribution to the game.

Cricketing legend Sachin Tendulkar took to Twitter and wished all the success to Morgan for his second career innings.

"Congratulations on a wonderful career, @Eoin16. You gave cricket fans several moments to cherish. Best wishes to you. May your 2nd innings are as successful as the first," he tweeted.

Morgan's teammate Jos Buttler shared some pictures and captioned, "Captain leader legend. Thanks for everything boss," with a heart emoji.

Retired Ireland cricketer Niall John O Brien tweeted, "What a career you have had. Changed the way people think and play the game not just in England but globally. Wishing you well in your next chapter. @Eoin16."

The England and Wales Cricket Board (ECB) took to their Twitter and wrote, "You've changed English cricket forever. An innovator A motivator A champion Your legacy will live on... #ThankYouMorgs ."

Eoin Morgan called time on his 16-year international career earlier today. Having made his debut for Ireland in 2006, Morgan went on to play for England and retired as one of their greatest white-ball players.

"After careful deliberation and consideration, I am here to announce my retirement from international cricket with immediate effect," said Morgan. "To call time on what has been without doubt the most enjoyable and rewarding chapter of my career hasn't been an easy decision, but I believe now is the right time to do so, both for me, personally, and for both England white-ball sides I have led to this point," he added.

"I have been lucky enough to play in two World Cup winning teams, but I believe the future for England's white-ball teams is brighter than ever. We have more experience, more strength and more depth than ever before. I look forward to watching on with a huge level of excitement," he said.

During his 13-year international career with England, the 35-year-old won the ICC Men's Cricket World Cup as Captain in 2019 at Lord's, the first time England Men had won the world crown. He was also a part of the England team that won the 2010 ICC Men's T20 Cricket World Cup in the Caribbean. Morgan is the all-time leading run-scorer and most-capped player for England Men in both ODI and T20I matches.

During his seven-year tenure as Men's ODI captain, he guided England to number one in the ICC world rankings, including notable series victories against all the major nations. In his record-breaking 225 ODI caps, he scored 6,957 runs, including 13 hundred at an average of 39.75. In his 126 matches as Captain, Morgan oversaw 76 victories with a win percentage of 60 per cent, the best win record by any England Men's ODI Captain in the history of the game.

He captained the Men's T20I side on 72 occasions, equal to India's MS Dhoni as the most in T20 international cricket. In all, he represented England on 115 occasions scoring 2,458 runs. As a Test cricketer, he won 16 caps over a three-year period scoring two centuries. He also holds the world record for the highest number of sixes in an ODI innings, with 17 against Afghanistan at the 2019 ICC Cricket World Cup.

In 2020, he received a CBE for services to cricket.