Indian women win Indo-Pak clash, where camaraderie among fans and players was hard to miss 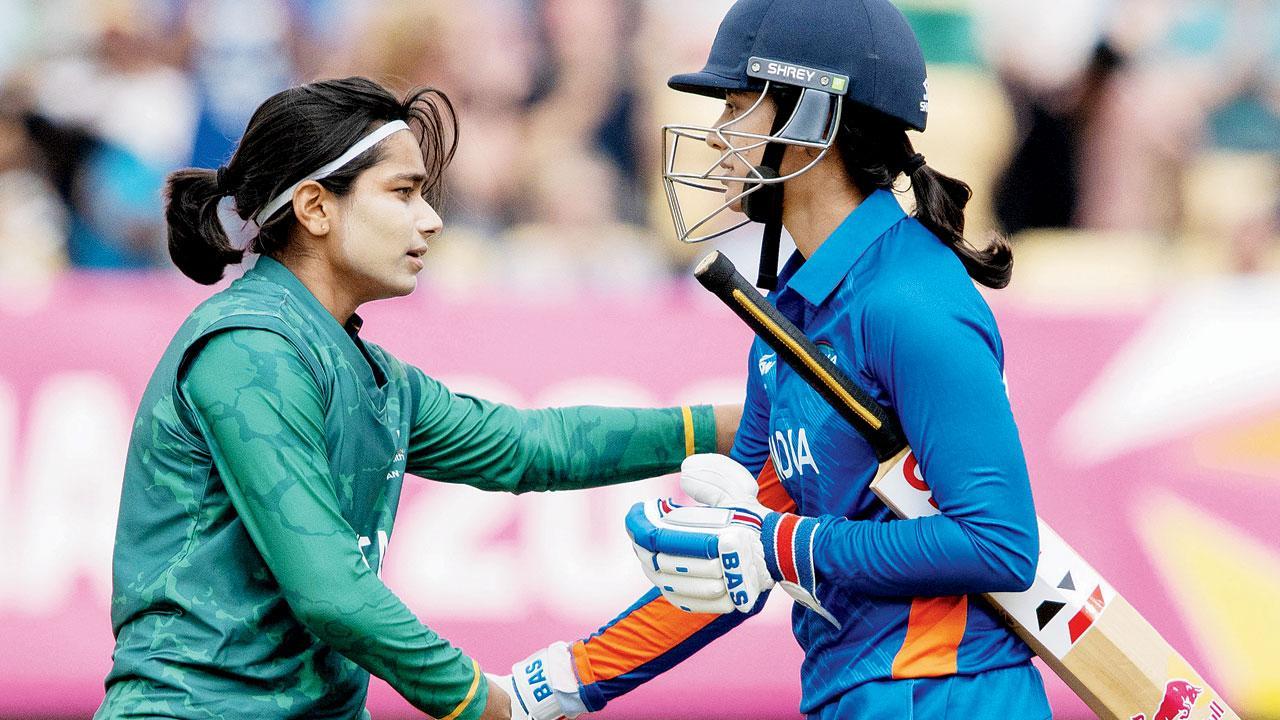 
An India-Pakistan match, regardless of the sport, is a big event. More so in Birmingham, where the population is largely South Asian from these two countries. It was not a men’s cricket clash, which evokes lot of partisanship other than interest. But the women’s T20 match in the first-ever T20 cricket competition at the Commonwealth Games did evince a lot of interest.

But there was little stress and lot of fun. The crowd had gathered at Edgbaston despite the morning drizzle, which delayed the start and reduced the match to 18 overs a side. There were supporters of either sides clad in their team colours and shirts, but the camaraderie among the fans and players was hard to miss. After dismissing Pakistan for 99, Smriti Mandhana scored an unbeaten 63 off 42 balls to hand Pakistan an eight-wicket loss. Indian skipper Harmanpreet Kaur said, “It was an important match for us, especially after the way the first one [against Australia] had gone. We had to win this and it was a good win.”

Pakistan captain Bismah Maroof won the toss and decided to bat. After the early dismissal of Iram Javed in the second over without the scoreboard having been disturbed, the other opener wicketkeeper-batter Muneeba Ali (32) and Bismah (17) repaired the innings with a 50-run stand, but once Sneh Rana (two for 15) struck twice in the same over to get rid of Bismah and Muneeba, the highest scorer for Pakistan, their innings never recovered. Radha Yadav (two for 18) added to the damage as Renuka Singh, Meghna Singh and Shafali Verma claimed a wicket each. Muneeba Ali was the highest scorer with 32 off 30 balls.

Chasing a very modest target of 100 for a win, Shafali Verma (17) and Mandhana (63 not out) smashed 61 in 5.5 overs to leave the result in no doubt. Verma left most of the strike to Mandhana, who smashed eight fours and three sixes in a superb innings. Sabbhineni Meghana, who arrived late in Birmingham after having contracted COVID back home, showed no ill-effects and scored 14 off 16 deliveries.