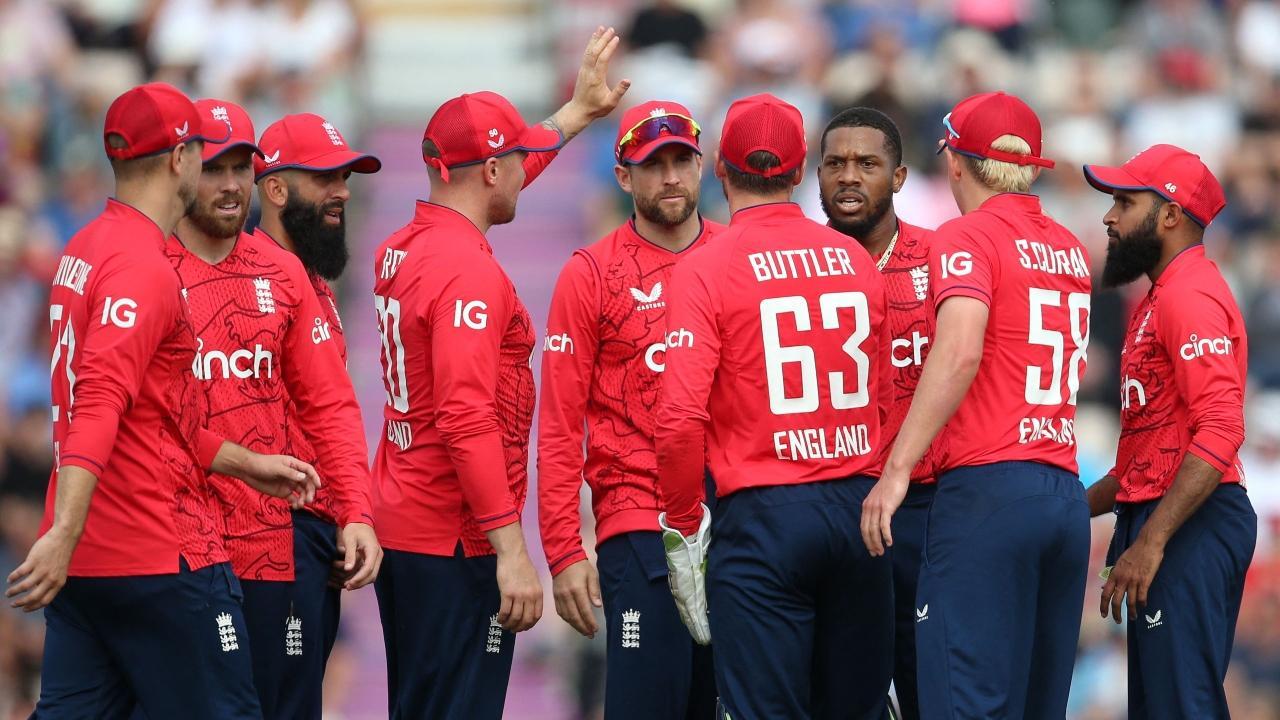 Chris Jordan celebrates with teammates after the dismissal of Reeza Hendricks during the third T20I between England and South Africa. Pic/ AFP


England will play seven T20Is from September 20 to October 2 in Karachi and Lahore in what will be their maiden visit of the country in 17 years, the Pakistan Cricket Board said on Tuesday.

The National Stadium will host the matches on September 20, 22, 23 and 25, before action shifts to the cricket headquarters at the Gaddafi Stadium where the remaining three matches will be played on September 28 and 30 and October 2.

The seven T20Is will be part of the first leg of England's tour of Pakistan and they will return after the ICC Men's T20 World Cup Australia 2022 for three Tests in December.

The T20I series against the second-ranked side will launch Pakistan's bumper international season. Following the September and December matches against England, Pakistan will host New Zealand twice -- first for two Tests and three ODIs in December/January and then in April for five ODIs and five T20Is --, West Indies for three T20Is in late January and finally the 50-over ACC Asia Cup.

The schedule of the England Test series as well as New Zealand and the West Indies series will be announced in due course.

Zakir Khan, PCB director, International Cricket, said, "We confirm hosting England for seven T20Is in Karachi and Lahore as a curtain-raiser to a busy and exciting season of home internationals. England is one of the top-ranked T20I teams and them playing the shortest format in the lead up to the ICC Men's T20 World Cup in Pakistan will not only help the team management to finalise their preparations, but will also set the tone for December's three-Test series."