Jos Buttler after SA series loss: We cannot dwell on past successes

England has had a terrible white-ball cricket summer and has failed to capture any series. They succumbed to a 90-run loss to South Africa in the third and final T20I in Southampton and lost the series 2-1. They had also suffered losses in ODI and T20I series against India earlier 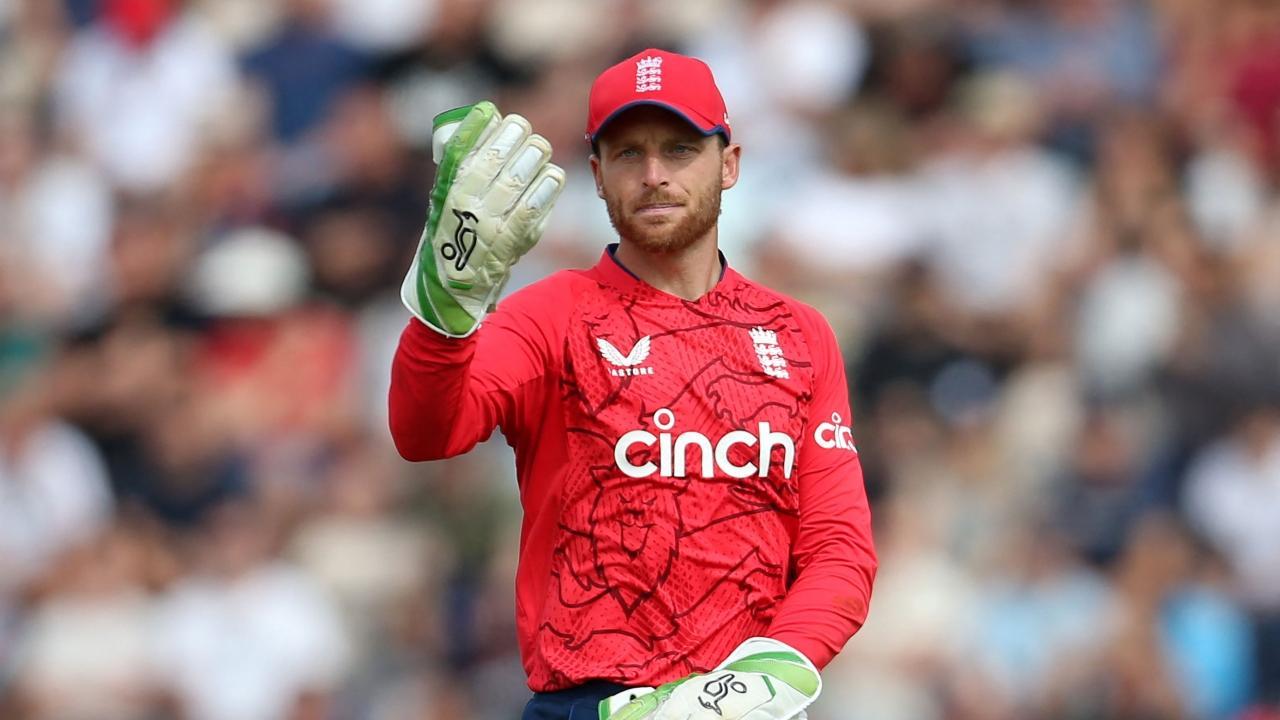 Jos Buttler gives instructions to his fielders during the third T20I between England and South Africa. Pic/ AFP


Following his side's crushing 90-run loss to South Africa in the final T20I, England skipper Jos Buttler said that his side has received a 'reality check' after this series loss and they cannot dwell on the success achieved in past.

England has had a terrible white-ball cricket summer and has failed to capture any series. They succumbed to a 90-run loss to South Africa in the third and final T20I in Southampton and lost the series 2-1. They had also suffered losses in ODI and T20I series against India earlier.

Buttler, who took over from 2019 World Cup-winning skipper Eoin Morgan was quoted as saying by Sky Sports, "We have not played our best cricket by a long stretch and I do not think we have been able to impose ourselves. We cannot live in the past and pat ourselves on the backs for the changes that have been made in English cricket and the successes we have had."

"It is about looking forward, trying to chase the best teams in the world and being at the forefront of that," he added.

Buttler said that the team does need an honest chat. "You do not want to overreact to situations but you could sense the frustration around the ground with the 'get on with it, England' chants. You do not want to be associated with that. It is the first time I have heard that for a very long time, so that frustration around the group shows we were not managing to put on the show we want to put on," he continued.

"You can cope with losing but you want to make sure you stay true to what you believe in and I think we fell well short with the way we played. The disappointing thing was the way we went down. We lacked intent and confidence and did not put the opposition under pressure. We never managed to fire shots and wrestle the initiative. I think that bit of timidness is probably the thing we are frustrated with most. We want to be a team that wants to be brave and take risks."

"We have to work out where that lack of consistency comes from. Whether it's over-confidence or lack of confidence, we have not been able to back up performances. As individuals and as a team we have not played our best. The first place I would look is myself. I want to lead from the front as captain and I know I have not performed at the level I would like to," he concluded.

Before their T20 World Cup opener on October 22 against Afghanistan, England has 10 more T20 matches to go, with seven games in Pakistan and three in Australia later.

Next Story : Harmanpreet Kaur: Will look to build on the positives from Pakistan victory at CWG 2022