I have been working on my power-hitting: Washington Sundar

He is not the quintessential power-hitter. But, keeping in mind the Indian team's requirements ahead of next year's World Cup, Washington Sundar is working "specifically" on how to hit the ball long and hard 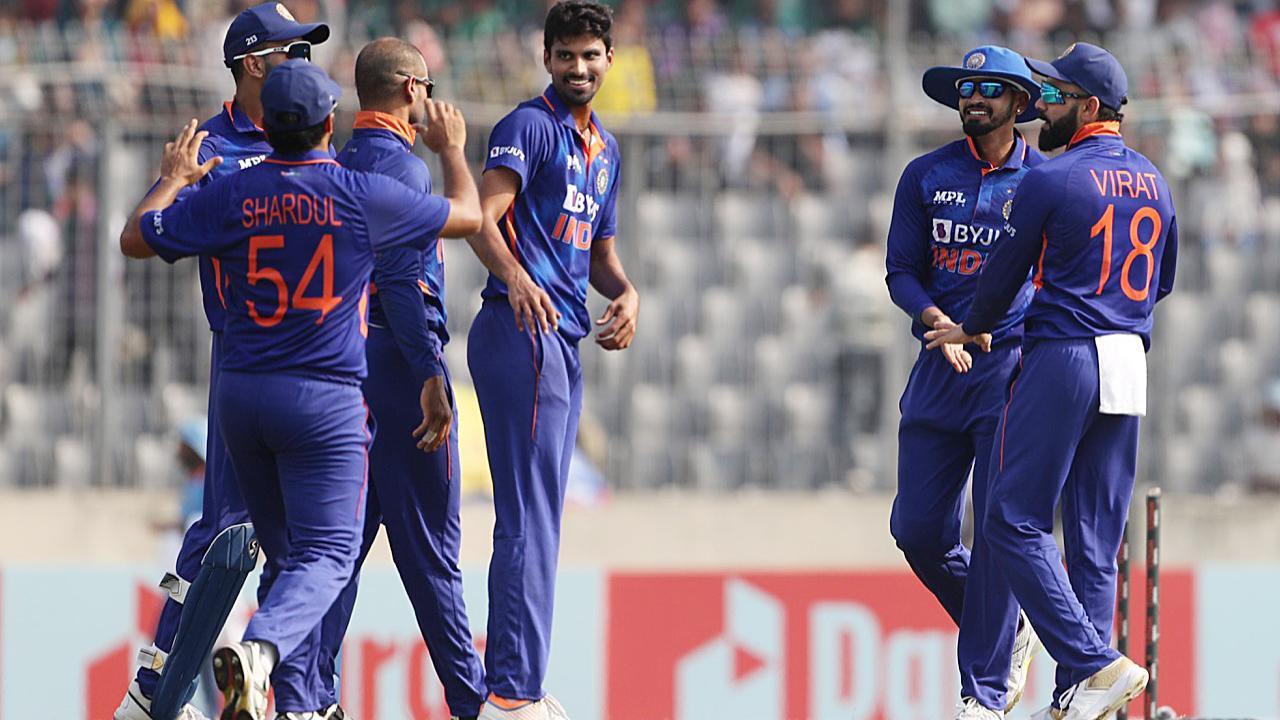 Washington Sundar celebrates a wicket during the 2nd ODI match against Bangladesh.Pic/AFP


He is not the quintessential power-hitter. But, keeping in mind the Indian team's requirements ahead of next year's World Cup, Washington Sundar is working "specifically" on how to hit the ball long and hard.

Known to rely more on timing and placement, Washington has also played a few blinders, the most recent coming in the tour of New Zealand. And who can forget his 14-ball 40 against Rajasthan Royals in the IPL, representing Sunrisers Hyderabad.

"That's the role I have been getting in the last few years or so. That's what that particular position demands, and I have working quite specifically that way.

"Whatever positions demand me to do, I have been practising that way. I have been working in those specific manners," Washington said on the eve of the third ODI against Bangladesh.

Washington is happy that his hard work is reaping dividends.

"I am glad that all the hard work has been coming good in the last few months or so. Hopefully, I will continue to do really well in the coming months and years as well."

The all-rounder, who has picked up five wickets in the two preceding matches of the series which India have already lost, is looking to be the player for all situations and positions.

"It was a great opportunity for me in last game. With the World Cup next year, I want to be the player who could play in any situation, in any sort of combinations, and wherever the team needs. To win games, wherever they ask me to play, I will play. That's the kind of player I want to be.

"I want to be able to contribute to my potential, contribute in a way that the team gets to win most of the games, and eventually, be very, very successful in the World Cup. I just want to be in the present and keep doing well, keep getting better in every aspect of the game."

India lost both their matches in Bangladesh from winning positions, having the hosts at 136 for nine in a chase of 187 in the opener and then reducing them to 69 for six before letting them off the hook to make 271 for seven in the second match.

"In the first innings, they were 70 for six and with the way Shreyas and Axar were batting, we we were going to win quite convincingly and Rohit bhai, the kind of knock he played, it was unreal.

"It was just about winning those critical moments, probably doing one or two things better here and there. We will look to end the one-day series on a high."
Washington was all praise for the Bangladesh side.

"Bangladesh is a high-quality side, especially at home, I think they have lost only one series at home, to England. They had a good run in the T20 World Cup."

The struggling and depleted Indian team will be determined to avoid the ignominy of a clean sweep against Bangladesh in the final ODI of the three-match series here on Saturday.

"Every game is an opportunity for us to keep getting better, to get the right rhythm, and obviously, perform really well as a team. There is not going to be many games in the next 10 months or so, so every game is very important for us, we want to play a very good brand of cricket no matter who we are playing.

"Our job is to play to our potential and keep getting better whenever we have to. That's the kind of mindset we are in and we will keep looking to improve,' Washington said.

Washington has battled a spate of injuries before forcing his way back into the Indian team.

"Definitely quite disappointing with the few injuries that I have had in the past. I just want to live in the present, I am getting opportunities, really want to perform and win games for India consistently. That way things will be very bright for me and we as a team will also be very consistent."

Asked about getting advice from head coach Rahul Dravid, he said, "He has got so much experience especially at this level, one-day format, he has played so many games. So obviously, he had lots of insights to share and every conversation with him is very valuable."