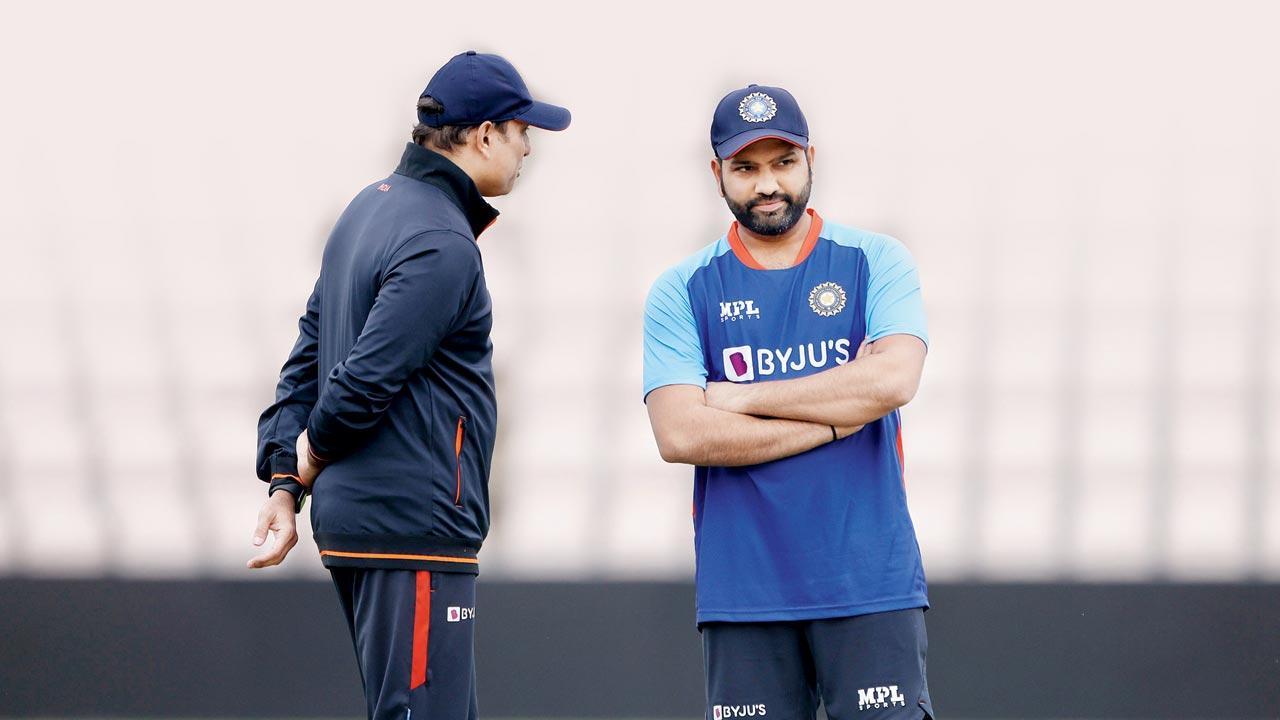 India captain Rohit Sharma chats with coach VVS Laxman on the eve of the first T20I against England at the Ageas Bowl yesterday. Pic/Getty Images


Back after recovering from COVID-19 that made him miss the all-important rescheduled fifth Test against England at Edgbaston, which India lost by seven wickets on Tuesday, Rohit Sharma said that he is feeling physically fit and raring to go.

“The first couple of days were tough when I contracted Covid. But gradually things improved. Then three days ago, I started training in Edgbaston. And now I am here ready for the match,” Rohit said on the eve of the first T20I against England here on Wednesday.

Rohit said that though India had lost the Edgbaston Test, hopefully it will not have impact on the white-ball series. “See, both the teams are different for the first T20 match. Those who played that Test are not here. This team was in Ireland and won both the matches. They also played a few warm-up games. So, we are quite confident as a unit going into the T20 series.

“Of course, England too are a young team with a new captain. But they are surely going to come hard at us. Whenever India and England play in any format, the intensity is always high. So this time too, we expect a hard fought contest,” he added.

When asked about prospects of seeing India’s fastest pace bowler Umran Malik in action during the white-ball series against England, Rohit said he needs to be groomed.

“We have to see how we want to use him, upfront with new ball, in the middle-overs or at the death. When you play franchise cricket, the roles are different. These are early days for him, so we have to be patient with him,” said the skipper.

The England series is also seen as a preparation for the T20 World Cup, which will be played in Australia in October-November this year. However, Rohit said producing favourable results in every series is as important as keeping an eye on the T20 World Cup.

“We can’t call it [this series] preparation as a lot of cricket has to be played till then. Hopefully, we will tick a few boxes during the series and take it forward from there. We do have an eye on the T20 World Cup, but at the same time, we have to perform well in every match that we play. Doing well in these games are equally important,” asserted Rohit.