Rishabh Pant's (100 not out off 139 balls) fourth Test hundred constituted for more than 50 per cent of India's shoddy second innings total of 198 with Kohli's 29 off 143 balls being the second-highest individual score. With an easy target of 212 to chase, South Africa were 101 for 2 at stumps 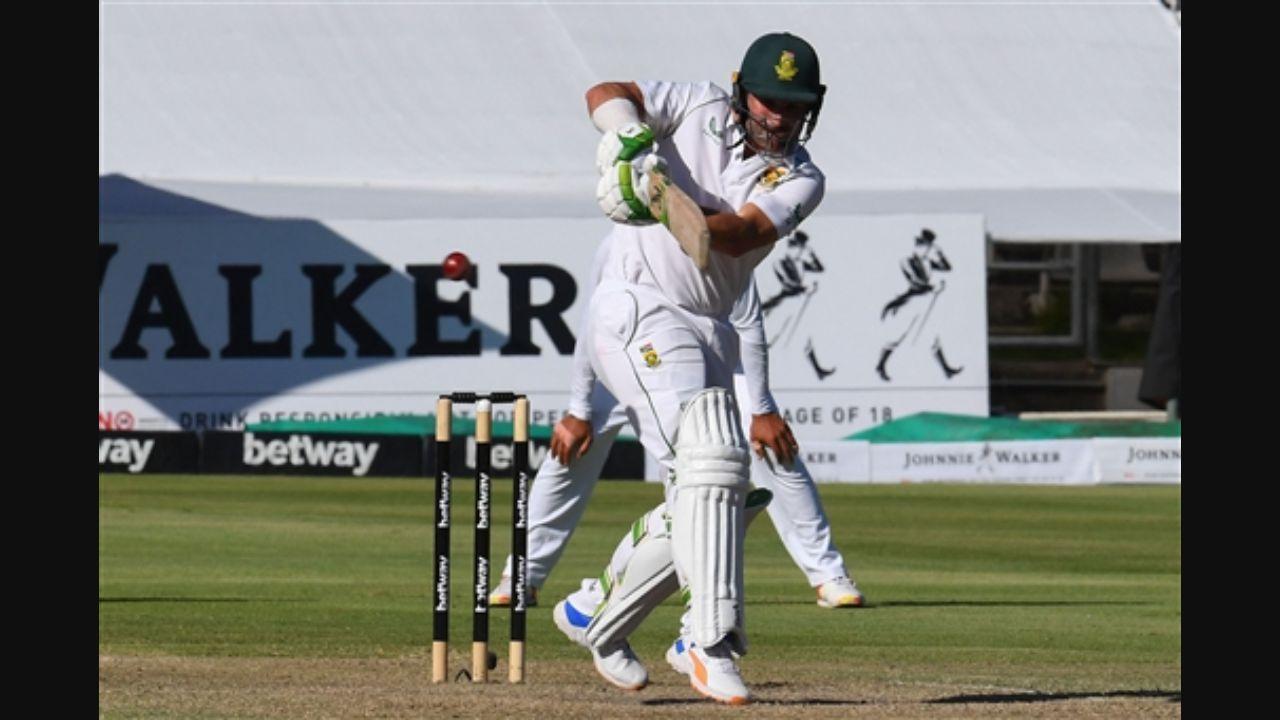 
Rishabh Pant was fearless without being careless during a brilliant hundred in the most adverse circumstances but South Africa were on course for a memorable series win against India on a day when visiting skipper Virat Kohli was left fuming due to a contentious DRS decision in the third and final Test.

Pant's (100 not out off 139 balls) fourth Test hundred constituted for more than 50 per cent of India's shoddy second innings total of 198 with Kohli's 29 off 143 balls being the second-highest individual score. With an easy target of 212 to chase, South Africa were 101 for 2 at stumps as their dogged skipper Dean Elgar (30) was finally out tickling down the leg side giving India some breathing space going into the fourth and probably the final day of the series.

With 111 runs left, the match is expected to end early on Friday either way but at this moment Proteas look way ahead. With eight batters failing to reach even double figures, no amount of excuses would be enough for India when they analyse the below par show along with the new team management's decision to carry over-the-hill out of form seniors, which only compounded problems. It's up to the bowlers now.

This was the first Test match in 145-year-history where all 20 batters of one team were caught. It was in the 21st over that R Ashwin flighted one that straightened enough after pitching as Elgar was beaten trying to play a forward defensive stroke. Straight umpire Marais Erasmus gave it leg before but Elgar went for DRS, which surprisingly ruled that the ball would miss the leg stump. It seemed a howler and more so a technical one rather than umpiring which left the Indian team very angry. Funnily enough Elgar, after seeing that he was beaten, had started walking before he came back.

An angry Kohli kicked the ground in disgust and then used the stump microphone to good effect. One of the players (not confirmed) even said, "Whole country is against eleven players." Another one chimed in to say, "broadcasters are here to make money boys". For some time, the bowlers lost focus before getting Elgar at the fag end of the day.

The day belonged to Pant as he scored a hundred which was as good as one would ever see and what stood out was his immaculate shot selection. He was aggressive without being reckless and fearless without being careless. There was a rasping square cut off a rising one from Kagiso Rabada (3/53). There was the audacious down the track cover drive off Duanne Olivier and that six over long-on off Keshav Maharaj came just an over before lunch.

These were all shots that one associates with the dashing keeper-batter but what was exemplary was his use of discretion as to what kind of deliveries he would attack. In between defending the good balls, he drove Maharaj out of the attack with a one-handed slog sweep and a six over long-off. When Olivier dug one short at his pace, it was pulled for six as he hit six fours and four sixes in all. Kohli's presence during a 94-run stand definitely helped and he had that guiding light in the middle to go about his job.

Once Pant had unsettled the line and length of the Proteas pace unit, Elgar opened the field allowing them to rotate the strike but once Kohli perished outside the off-stump, it was only Pant who had to take the burden. The other highlight was his batting with the tail, taking a single off either the fourth or fifth delivery shielding the Number 9, 10 and 11 as much as possible.

If Pant's learning from his mistake was one good aspect, same couldn't be said about Cheteshwar Pujara (9) and Ajinkya Rahane (1) as they put their careers in serious jeopardy. Pujara was again cramped for room on the leg side and the tickle off the gloves was brilliantly taken by Keegan Petersen at leg slip, diving to his right and snapping it up inches ahead of the ground.

In case of Rahane, Rabada bowled a terrific one which kicked from length and took his gloves and Dean Elgar at first slip caught it after keeper Kyle Verreynne had managed to tip it up with his gloves. As of now, the two have played their last Test for India.

Next Story : IND vs SA: Rishabh is Pantastic!