India skipper for Zimbabwe ODIs, KL Rahul has begun preparation for the upcoming series which gets underway from Thursday 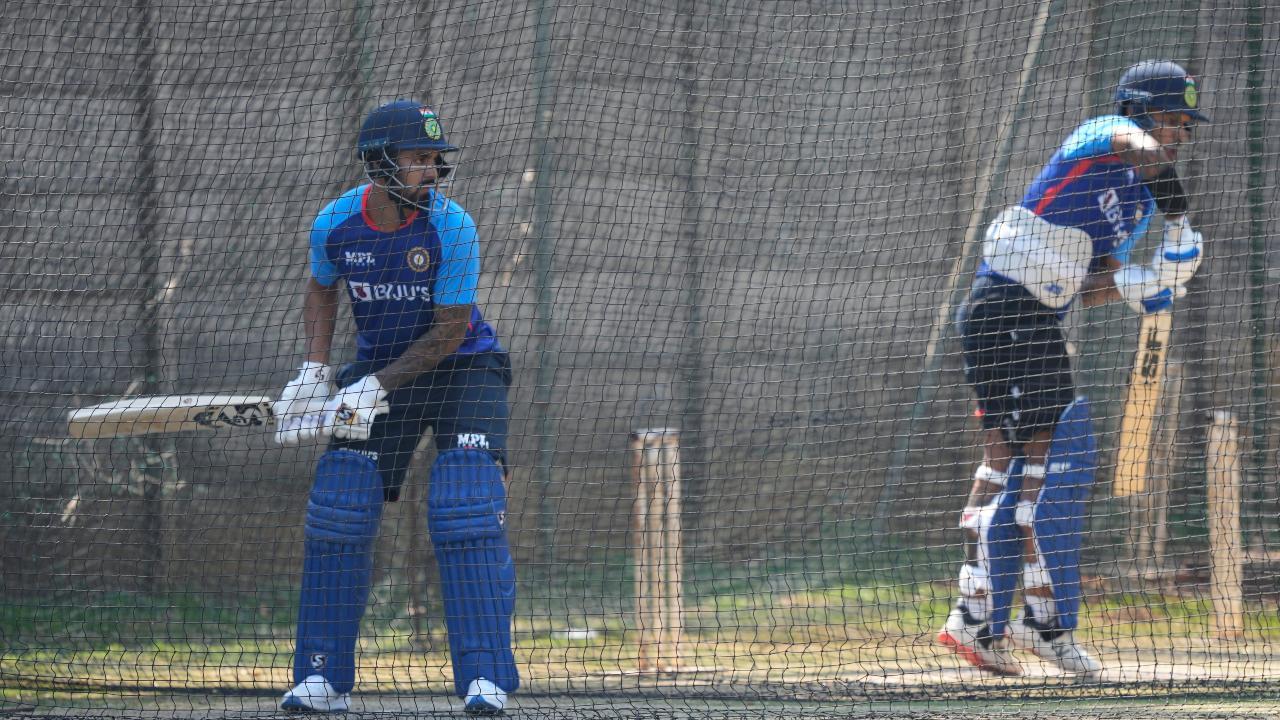 KL Rahul trains during a practice session at Harare Sports Club ahead of their One-Day International cricket matchies against Zimbabwe in Harare, Zimbabwe. Photo/AP-PTI


India skipper for Zimbabwe ODIs, KL Rahul has begun preparation for the upcoming series which gets underway from Thursday. The first ODI between India and Zimbabwe will be played in Harare. Rahul, who is coming back from a long-term injury, on Wednesday shared a picture on the Koo app where he can be seen sharpening his skills ahead of the opening match. In another picture, Team India can be seen having an insightful conversation with the coach as the visitors get ready to face Zimbabwe. Vice-captain Shikhar Dhawan, who is returning to Zimbabwe after nine years, wants the side to not take Zimbabwe for granted.

"I'm sure they're playing good cricket. It's good for us because it will keep us on our toes. We can't take anything for granted or lightly. We're here to perform against a good team. It's always about the process," Dhawan said in a pre-match press conference.

Meanwhile, The All-India Senior Selection Committee named Shahbaz Ahmed as the replacement for Washington Sundar for the three-match ODI series against Zimbabwe. Washington Sundar injured his shoulder while playing a County game in England. He has been ruled out of the Zimbabwe tour. India's tour of Zimbabwe will start on Thursday and go on till August 22. It will consist of three ODIs.