With a series sweep in sight, the middle order will be eager to give a better account of themselves as the Indian team management contemplates rotating its bowlers in the third and final ODI against New Zealand here on Tuesday 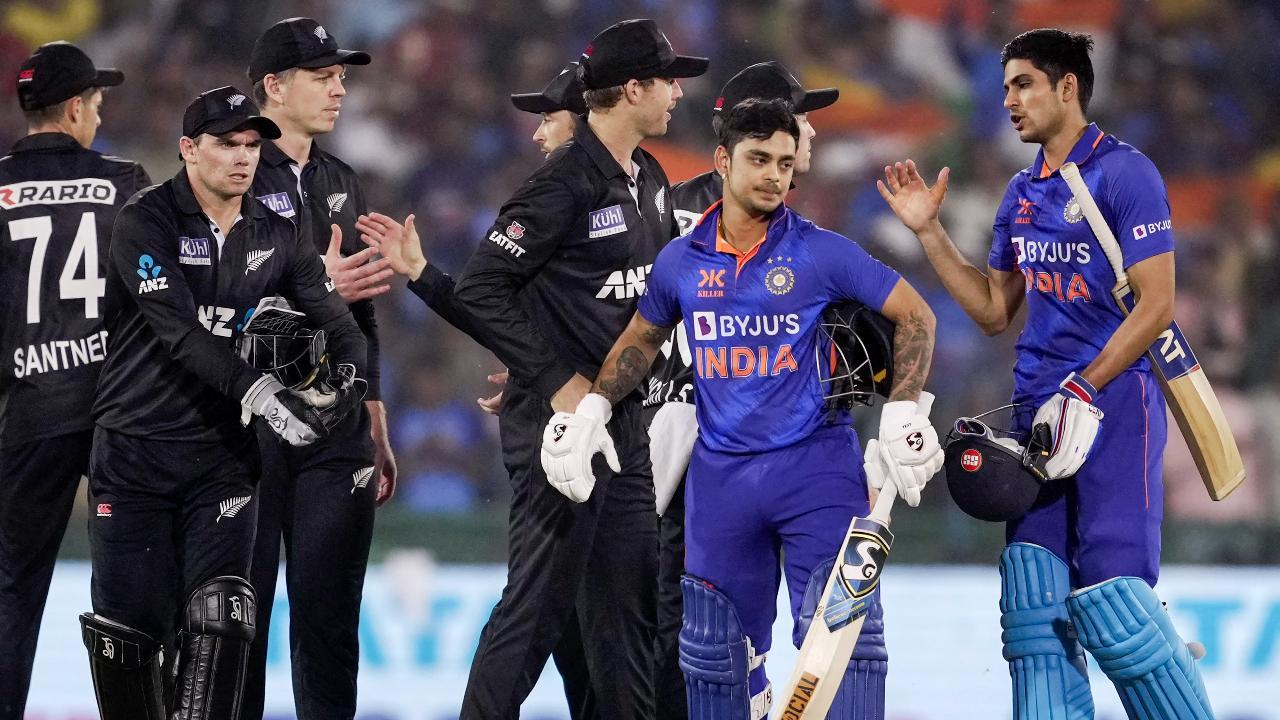 
With a series sweep in sight, the middle order will be eager to give a better account of themselves as the Indian team management contemplates rotating its bowlers in the third and final ODI against New Zealand here on Tuesday.

Opener Shubman Gill has been in excellent form, having scored a sensational double hundred in the opener, followed by a 40-run knock in the low-scoring second ODI. Skipper Rohit Sharma, too, is having a good run.

However, the home team is aware that despite enjoying an unassailable 2-0 lead in the series, Shubman and Rohit have been the only two batters among runs for the hosts.

At the same time, it is also a fact that the others haven't been tested and the dead rubber will be the perfect opportunity for the likes Ishan Kishan, Hardik Pandya and Suryakumar Yadav to get some batting practice in match situations.

Kohli's problem against left-arm spin has come to the fore once again as the talismanic batter has repeatedly gotten dismissed by Mitchell Santner.

After notching three hundreds in four innings, the former skipper was dismissed cheaply in both the ODIs as New Zealand's star left-arm spinner exposed the chinks in Kohli's armour. With the World Cup just months away, Kohli would be keen for some much-needed course correction.

In the absence of Shreyas Iyer, Suryakumar was expected to provide some firepower at the back end.

However, the premier T20 batter failed to do that in the series-opener. Hardik, too, has been underwhelming with the bat of late. He has had a mediocre series against Sri Lanka and hasn't impressed against New Zealand yet.

With the T20 fixtures scheduled later this week and the all-important Australia series due to begin next month, the team management may also be tempted to rest players and hand Rajat Patidar, who was added to the squad as a replacement for the injured Iyer, a debut.

Patidar has impressed in the domestic circuit as well as in the IPL.

There could also be changes in the bowling department with express pacer Umran Malik coming back into the side or spinner leg-spinner Yuzvendra Chahal replacing Kuldeep Yadav.

Both Chahal and Umran have not featured in the series so far and with the ODI World Cup later this year, the team management is looking to test the core players while carefully monitoring the workload.

The Indian bowlers were guilty of letting New Zealand score over 300 runs after being 131 for six in the first ODI, but the seamers came back strongly in the Raipur game.

Mohammed Shami, Mohammed Siraj and Hardik were clinical while the spinners have also done a decent job.

New Zealand, on the other hand, will be eager to grab a consolation win to boost their morale. For that to happen, the Black Caps, who are without the services of regular skipper Kane Williamson, will have to address their batting woes.

New Zealand's top six batters have scored 40 or more on just seven occasions in the last 30 innings. The only batter that has impressed in their line-up is Michael Bracewell, who along with Mitchell Santner almost took his side over the line in Hyderabad.

Even the bounce and smaller boundaries make the pitch at the Holkar Stadium batter- friendly and the bowlers will have to work hard to keep the scoring in check.