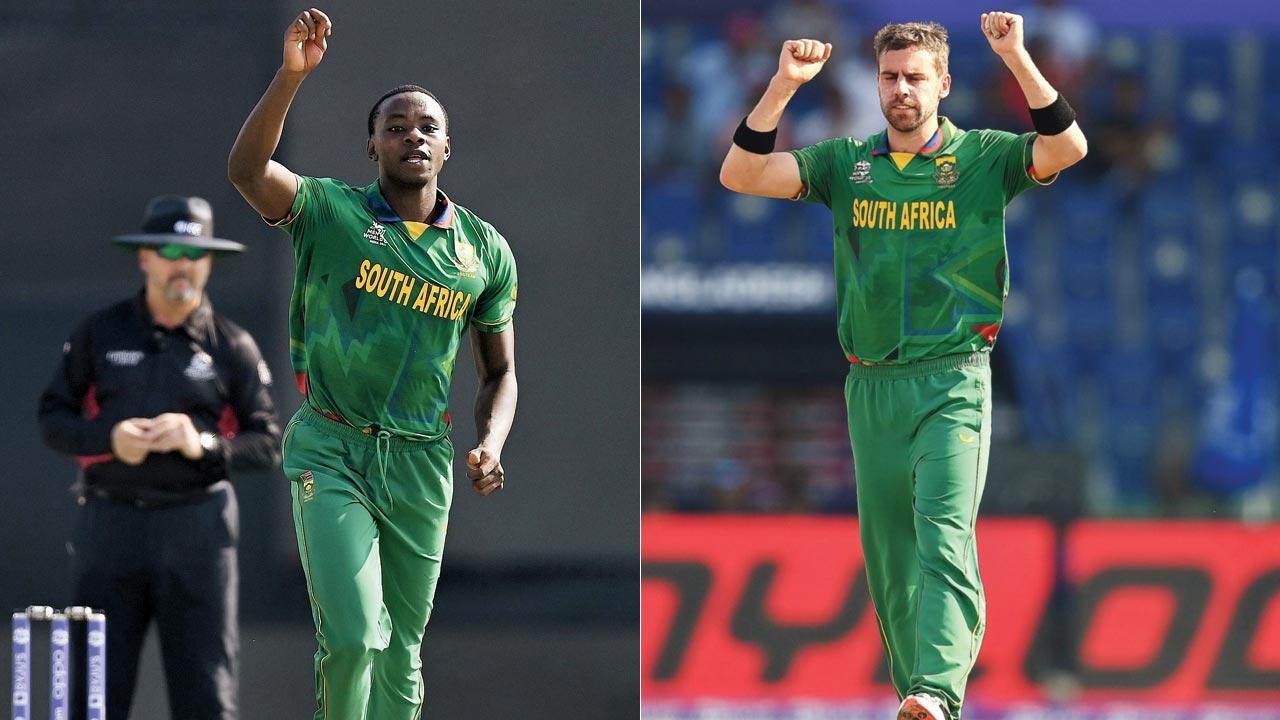 
Pacers Kagiso Rabada and Anrich Nortje ran through the Bangladesh batting-line up to fashion South Africa’s comfortable six-wicket win, which took the Proteas closer to the T20 World Cup semi-finals here on Tuesday.

South Africa skittled out a struggling Bangladesh for 84 in 18.2 overs and then knocked off their target in 13.3 overs to consolidate their second position in Group 1. With three wins from four matches, South Africa now have a match left against table toppers England on November 6.

Already down and out, Bangladeshi batters were at sea against a disciplined South African attack, which was not only consistent with its teasing line and length but also got the ball to jump off good length.

Rabada’s (3-20) first spell in which he scalped three batters, including two in two balls, was instrumental in the slide of Bangladesh, who were playing without Shakib Al Hasan.

Had it not been for Mahedi Hasan’s 27-run cameo, Bangladesh would not have even crossed the 80-run mark. Chasing a small total, South Africa lost openers Quinton de Kock (16) and Reeza Hendricks (4) cheaply. However, skipper Temba Bavuma (31 not out) and Rassie van der Dussen (22) steadied the innings.

Eventually, Bavuma got the job done in the company of David Miller (5 not out), who finished the match in style, with a four off Mahedi Hasan.