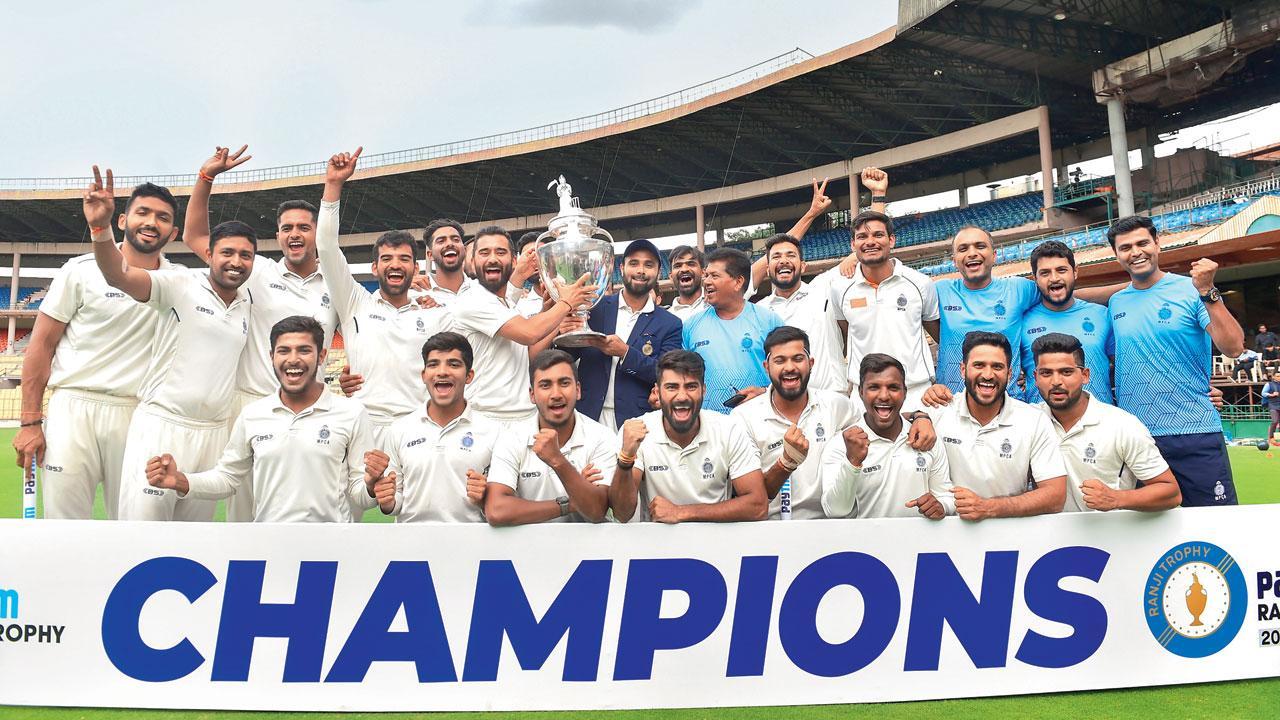 
The clock had just ticked over to 2:50pm when Rajat Patidar drove Sarfaraz Khan through covers for an unglamourous single, an event that crowned Madhya Pradesh as the newest, latest champions of the Ranji Trophy.

In so many ways, that small slice of action summed up Madhya Pradesh’s journey through the country’s premier domestic competition. While favouritism was heaped on the traditional powerhouses, Aditya Shrivasatava’s men quietly carved their way through the field, their six-wicket conquest of Mumbai at the M Chinnaswamy Stadium on the final day achieved with little fuss or drama.

The result added to the growing legend of Chandrakant Pandit as inarguably the top coach in domestic cricket. Having coached Mumbai [thrice] and Vidarbha [twice in a row] to titles in the past, this was the former Mumbai captain’s sixth Ranji crown—and third in the last four seasons—as head coach. By his own admission, this was special because he felt he owed Madhya Pradesh—after all, as captain, Pandit had seen his side lose from a winning position against Karnataka in the 1998-99 final at the same venue in MP’s only previous entry to the title round.

Mumbai came into Day Five aware they had to do all the running. Having conceded a massive 162-run lead and finished the fourth evening on 113 for two, their designs of an unlikely victory revolved around scoring quickly and scoring big and then pressuring MP on a wearing surface. While they did score rapidly enough, they kept losing wickets at crucial times and therefore seldom found themselves in a position from where they could hope to pull off the impossible.

Also Read: IRE vs IND: 3 key Irish players that India should be wary of

MP’s bowlers did what they had to—bowl restrictive lines and slow down the pace of the game. Mumbai found the multiple challenges far too daunting and when they were bowled out for 269, they had set MP a target of 108 to keep their tryst with history.

Dhawal Kulkarni, making light of a hip injury, briefly ignited his team’s aspirations by dismissing Yash Dubey, one of three first-innings centurions, in the second over with a beauty that surged back in. But MP showed nerves of steel, refusing to crumble under self-imposed pressure. Their approach was measured and unhurried, and if they felt anxiety, it was superbly couched.

Shubham Sharma, the Player of the final for his twin knocks of 116 and 30, steadied the ship with a 52-run second-wicket stand alongside Himanshu Mantri, and Patidar applied the finishing touches with another sparkling compilation that evoked screams of ‘RCB RCB’ from nearly a thousand fans who had crammed the P3 Stands where entry was free. It was in the fitness of things that MP’s talisman brought up victory, just as it was befitting that Shrivastava, hailed as captain fantastic by Pandit, was in the middle when the winning run came.

Six
No of Ranji finals lost by Mumbai