England was looking to complete its third highest T20 chase but was all out for 149 in 16.4 overs, with Jonny Bairstow the top scorer on 30 and Tabraiz Shamsi starring with the ball with figures of 3-27 off his four overs 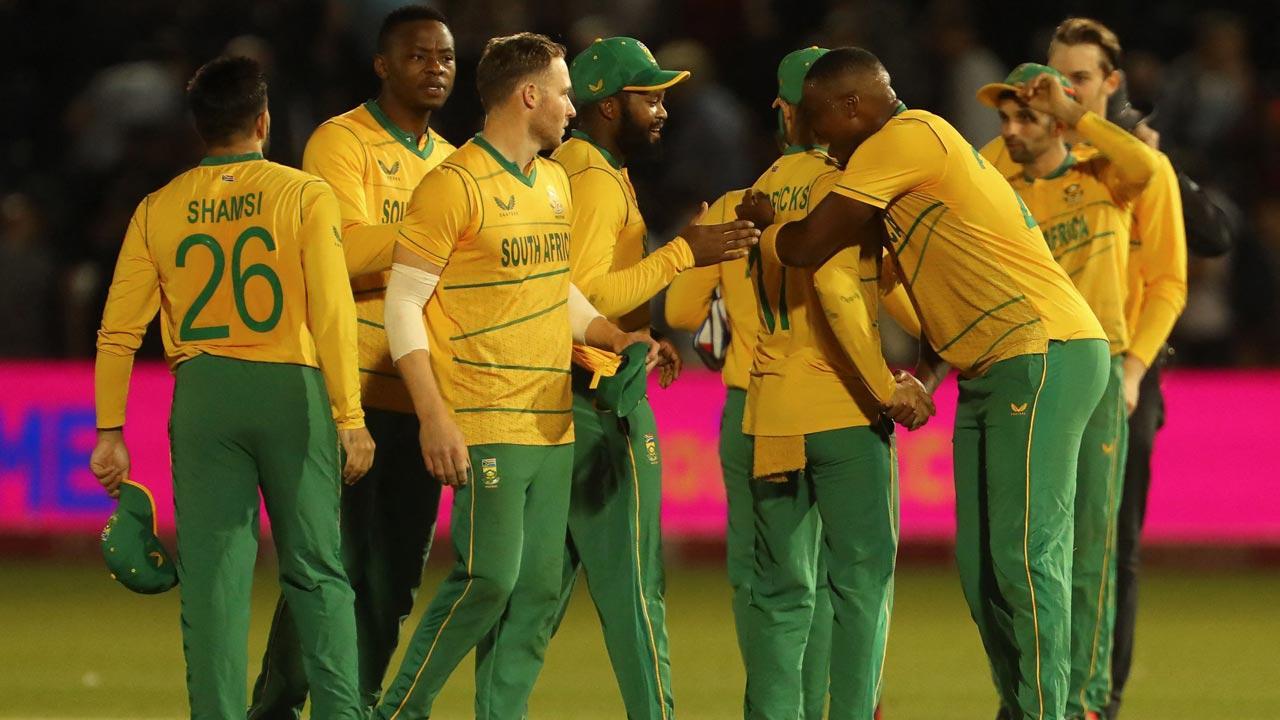 
South Africa took its Twenty20 International series with England to a decider after easing to a 58-run win in the second match. Rilee Rossouw hit 10 fours and five sixes in a 55-ball 96 not out to steer the Proteas to 207-3 in Cardiff after being put into bat on Thursday.

England was looking to complete its third highest T20 chase but was all out for 149 in 16.4 overs, with Jonny Bairstow the top scorer on 30 and Tabraiz Shamsi starring with the ball with figures of 3-27 off his four overs. It was quite the turnaround by South Africa, which lost by 41 runs in the first T20 on Wednesday. The series will be decided in Southampton on Sunday. "We held our catches, we were lot clearer and the batters were phenomenal," South Africa captain David Miller said.

"We had a few meetings this morning to clear up a few things. We had to pick ourselves and did this game, which is great." England lost wickets at regular intervals. Jos Buttler made a fast start with 29 off 14 balls at the top of the order, while Jason Roy (20), Moeen Ali (28) and Liam Livingstone (18) also failed to kick on. "A few guys got starts but didn't play that match-defining innings that Rilee did," said Buttler, England's captain.

Next Story : Shimron Hetmyer back in West Indies squad for T20I series vs India