Rishabh Pant is flashy and irresistible

India's flashy left-handed wicketkeeper-batsman is a genuine box office cricketer, who compels you to watch whenever he is at the crease 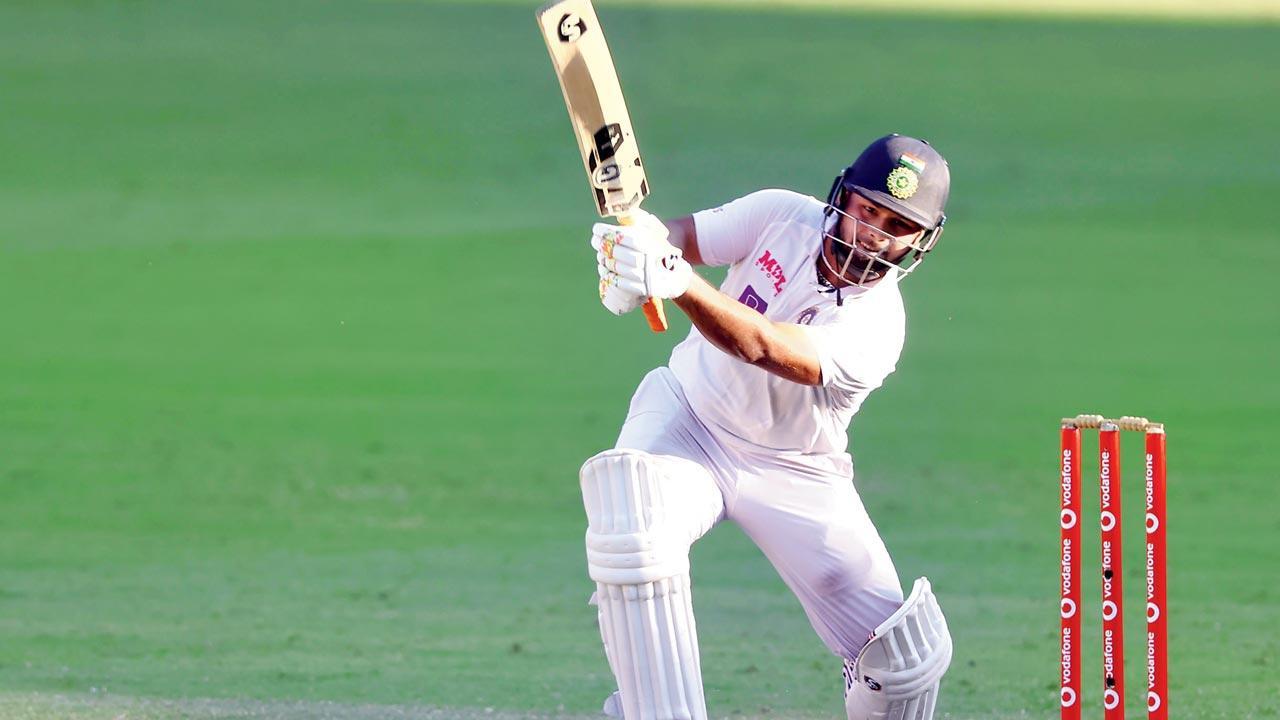 Team India's Rishabh Pant during his unbeaten 89 against Australia on Day Five of the fourth Test at the Gabba, Brisbane on Tuesday. Pic/AFP

There were a group of spectators at the Gabba on the third day of the final Test for the Border-Gavaskar Trophy, who were dressed like the iconic Jamaican bobsleigh team of the 1988 Winter Olympics, who were immortalised in the movie Cool Runnings.

That iconic team qualified for the Winter Olympics even though they were from a tropical paradise of a country with no snow, working with hired equipment. A classic tale of improbable glory in sport. What we witnessed in Brisbane today was as glorious, as impossible and as dazzling as that. Test cricket...what can be more beautiful than when it’s fought and won at the end by a team that believed.

Watching the Indian team walking around the Gabba, flag in hand and acknowledging their justifiably delirious supporters, one saw a team that wanted to share the glory among all those around, with the elder statesmen allowing the younger members to enjoy the spotlight.

Superlatives are handed out freely these days, but this victory—both the Test and the series—will have to rank among the greatest the game has seen. In my time, I would rank it alongside India’s 2001 turnaround against the team I featured in and the 2005 Ashes.

There is a lot for the Indians to rejoice about. Shubman Gill was exceptional at the start of the run chase. Calm, taking the occasional chance and always looking composed, he was a player earmarked by experts and this series showed us his potential. The punch off the back-foot, which is neither a cut nor a drive is a shot that is all his own and proves that he is indeed one of the most watchable youngsters in the game at present. Then there were the two debutants Shardul Thakur and Washington Sundar who played with maturity and grit in the first innings to chip away at the Australian lead, ensuring that the Indians all but caught up with the hosts’ first innings total.

There is also the two-Test-old Mohammed Siraj who became the senior pro in the bowling attack, and it was truly moving to see him advise T Natarajan and Navdeep Saini as they bowled to an experienced Australian team.

The senior Cheteshwar Pujara proved once again that he puts a higher price on his wicket than on his physical well-being! I have rarely seen a tougher player who is willing to stay in and take all the blows with such fortitude and calm. He was the rock that anchored this incredible run chase.

And then there is the flashy left-handed wicketkeeper batsman—I have a weakness for that kind of player! What an irresistible player Rishabh Pant is. A true box office cricketer, who compels you to watch when he is at the crease. He played with audacity and assurance to keep the scoreboard ticking and ensured that an Indian win was always a possible result.

Pant cops a lot of criticism for his wicketkeeping. However, every selection is an assessment of a player’s strengths and weaknesses. The batting strength and power he brings to the side has a lot of value, and the Indians will know that he is a special asset to his team. His wicket-keeping will probably improve, and if that happens he will be an even more special exceptional talent.

At the end of the Test, when the captain Ajinkya Rahane was called to hold aloft the Border-Gavaskar Trophy, he first gave a jersey to Nathan Lyon to commemorate the latter’s 100th Test. It was a gesture that spoke of respect, mindfulness and class.

Rahane then almost forgot, in his trademark self-effacing way, to pick up the trophy. A leader who backed every youngster, took every setback in his stride and ensured that his side kept punching whether they were up or down—I have not enough words to praise the India captain.

In this roll of honour, it would be remiss to not mention that the Australians fought and fought hard. Tim Paine admitted that they were outplayed by the Indians. There will be an assessment of what went wrong, and while some performances notably in the bowling were commendable, it would be disappointing that in two straight Tests, the bowlers got three and five wickets, respectively, on the final day.

But Tuesday was all about the great win by the Indians. Pundits were proved wrong and every Indian should savour its sweetness. This was a performance that will be remembered and spoken of for many, many years.