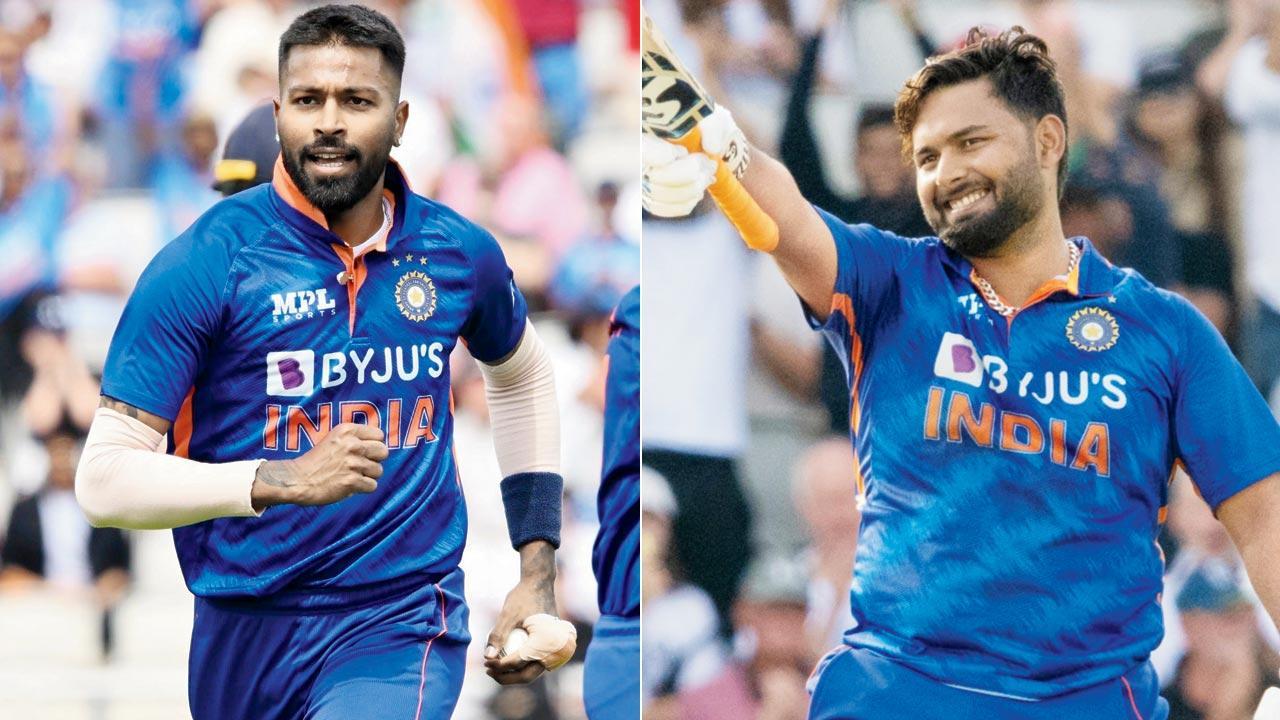 
On the evidence of what happened at Old Trafford on Sunday, one can safely say the future of Indian cricket is in safe hands.
Hardik Pandya and Rishabh Pant have the potential to rule Indian cricket over the next decade or so and there is no doubt that the world will hear much more about them. Of course, there are many talented cricketers like Suryakumar Yadav and Shreyas Iyer who are also making steady progress, but Pandya and Pant could well emerge as superstars, with both also having the capability to lead the Indian team with distinction.

It is not the first time the two have shown what they are capable of doing in adverse situations. Pant has probed his worth many times over and probably the only thing that goes against him is his audacious strokeplay that gets the better of him and he throws his hands away. But with more experience, he will only get better, which was clearly in evidence on Sunday when he got his maiden ODI century to add to his five in Test cricket.

Pandya on the other hand, has had his problems, more so with his fitness which affected his bowling. He has worked hard on both physical as well as mental well-being and that hard work is paying off.

The good thing is that despite all the success and adulation, they remain humble and grounded. They realise cricket is a great leveler and it’s just a matter of another injury or a few bad games and the situation can change for them.

After being named the man of the ODI series, which India won 2-1, Pandya said: “Each success makes me very grateful, very humble and that’s something I have learned over the years is that the better you get, the more humble you should become and that is something I am genuinely very proud of as I am able to handle [the success]. A lot of people get success, but digesting success is more important. For me and my family that has been very important, throughout my journey. They have kept me grounded.”

It is India’s good fortune that players like Pant and Pandya are taking on the lead role when the likes of Rohit Sharma, Shikhar Dhawan and Virat Kohli are approaching the mid-30s and are probably not as consistent as they were a couple of years ago.

After the match, head coach Rahul Dravid said: “Considering the nature of the pitch [here at Old Trafford], normally the Top-3 would have finished off the match and the batters down the order would not have got a look-in.”

Pandya himself realises that the more opportunities he gets the better it will be for him to grow as a player. “There were times when the top order batsmen used to consistently make big runs and we used to get very little opportunity to bat. It is good that youngsters are now raising their hands and taking on the responsibility,” he said. After a back surgery and long rehab, the IPL was a God-sent for Pandya as he started to bat up the order, and bowl a lot more overs and the responsibility as the captain has made him a more mature cricketer and that was evident in the recent tours of Ireland and England.

In the 2018 Asia Cup held in the UAE, Pandya had suffered a back injury and from there on struggled to bowl even a couple of overs. The long rehab where he worked hard on his fitness and the IPL have ensured he has become a much better bowler than he ever was, besides his talent as a batsman, which was always there.

“God has been very kind, the way it happened to me [after the surgery]. I now like to give my 100 per cent because then it gives me the opportunity to do all the things which I did today. The break I took after the IPL was very helpful. I came back to play the South African series, I bowled one over, I did not bowl in a couple of games, so as a bowler for me it’s very important to keep bowling. I have worked [very hard on my bowling].

“So for me, it’s very important to get my consistency. Something which I have worked on. I went back to the videos which I saw before and it was more about the feeling. It was just before the first T20 game, generally I don’t practise before the game, but I just went and kind of bowled a couple of overs with the full run-up and full effort. That’s where I got my rhythm and obviously that four-for I took in the T20s changed everything and gave me my consistency and confidence to pitch [it] wherever I want to. So that’s where I can be effective,” he said.

Next Story : ‘I’d like to remember this knock for life,' says Rishabh Pant