Rishabh Pant's innings was very important for us: Hardik Pandya

Pant played stunning and explosive innings of unbeaten 125 runs in 113 balls and hammered England bowlers all around the ground. Pandya played a crucial knock of 71 runs in 55 balls to ease the pressure from the batting unit. 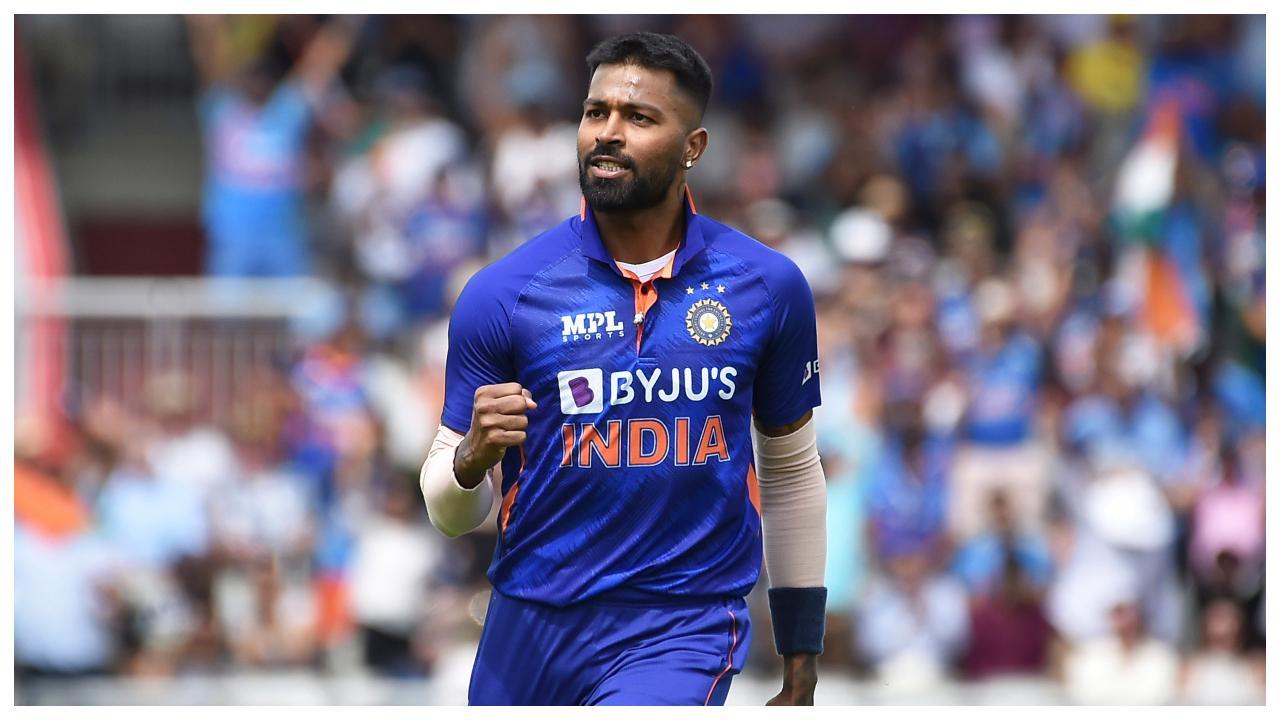 
Following India's five wickets win over England in the series decider clash on Sunday, all-rounder Hardik Pandya said Rishabh Pant's innings was very important for the Men in Blue. A blistering century by Rishabh Pant followed by Hardik Pandya's fifty guided Team India to a five-wicket victory over England in the series decider of the three-match series here at Manchester on Sunday. With the win, India clinched the ODI series 2-1 against England. Pant played stunning and explosive innings of unbeaten 125 runs in 113 balls and hammered England bowlers all around the ground. Pandya played a crucial knock of 71 runs in 55 balls to ease the pressure from the batting unit.

Talking about his partnership with Pant, Pandya said, "I felt really good with my performance. It's always special to contribute to all departments. My game gave me a lot of confidence in the past. Rishabh's inning was obviously very important for us. And the way he finished... we all know what kind of talent he has. And when it comes out, it looks very pleasing to the eyes. When he plays, your heartbeat goes up at the same part of the time you are in awe of the shots Rishabh plays." Jasprit Bumrah was ruled out of the decider clash. Bumrah's six-wicket haul in the first ODI was crucial in Team India taking a 1-0 lead in the three-match series.

"We knew Jassi (Jasprit Bumrah) was not going to play. I was told that I might have to bowl in death overs and those are big shoes to fill. I knew I have to step up, if not in the death but in the starting overs. I enjoyed the game and the way I planned, it gives me confidence," he added. Talking about what this series win meant to him, Pandya said he is very grateful and his family kept him grounded despite being one of the best all-rounders. "I am grateful for the win. Something which I learned over the years is that the better you get the more humble you become. I think that is something which I am genuinely very proud of myself. Throughout my journey, my family kept me grounded. For the team, this win means a lot," said the all-rounder.

"What happened in 2019 WC in this venue is in past. Now, what important is to go forward and do better. A team like England who has been fantastic throughout the last couple of years, I think everyone sees England as one of the best teams... For us to come here performing and winning was very important. The ones who are sitting out also played a great role in the team because they make sure we get everything," he added. Talking about his progress from the first time he played in the series to now as a bowler, he said, "After every series, I prepare for 4-5 days to train to get ready and be in 100 per cent fitness. I was not bowling the best in Ireland. I am a bowler with limited ability so I try to over-smart the batter. I dont have many skills to get the batter out, opening him up or nipping the ball in the side. I play with smartness and tried to outsmart the bowler... tried to think one step ahead of the player. It's really important for me to get my form. Generally, I don't practise before the game but I went out to practise against Ireland."

The all-rounder said that he told Pant not to play the big shot as they wanted to cement themselves first in the innings. "I was repeatedly saying to Rishabh that with the kind of talent he has and the talent I had we were confident that we can close the game. We just discussed that we should not lose wickets. I told Rishabh not to play big shots. Later on, you can enjoy it. The partnership that happened brought us confidence," he added. Pandya and Pant played match-winning knocks for Men in Blue as star batters of India like Rohit Sharma, Shikhar Dhawan and Virat Kohli failed to score and play big against England.

"It is very important that that the middle order can play well. And it's a big relief to the team. Earlier, it was such that only the top 3 used to score runs and there was no batting opportunity for others... It's a great thing that the middle order has started to fire. I go as per professionals like physio and support staff. I do not apply my brain too much. I just apply my brain only on the field," said Pandya.

Next Story : Cricketers and fans react to India's series clinching victory against England