ENG vs IND: Rishabh Pant hopes to remember match-winning ton for the rest of his life 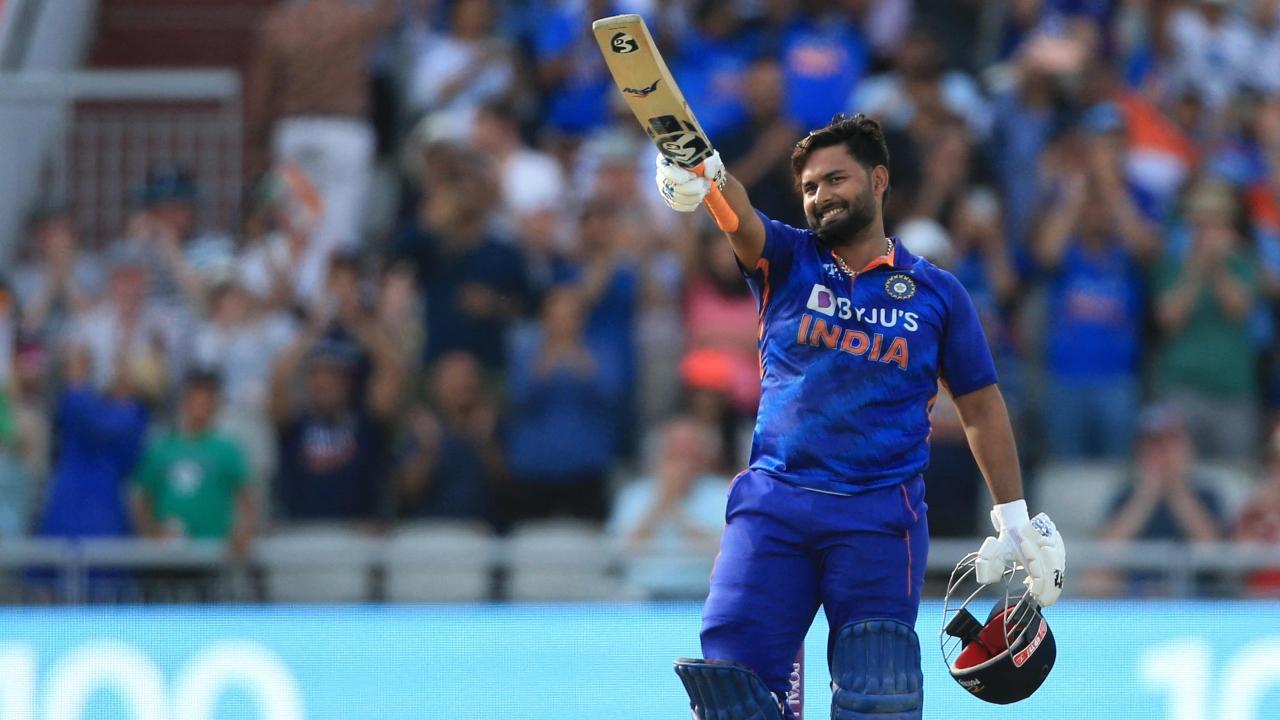 Rishabh Pant celebrates his century during the final ODI between England and India. Pic/ AFP


After playing a historic knock in India's thumping five-wicket win over England in the 3rd ODI, the explosive wicket-keeper batter Rishabh Pant said that he wants to remember his match-winning maiden century in the 50-over cricket for the rest of his life.

Pant's unbeaten 125 off 113 deliveries and Hardik Pandya's impressive all-round show (71 runs and 4 wickets) led India to a convincing five-wicket win over England in the third and final ODI and 2-1 win in the three-match series at Old Trafford on Sunday.

"Hopefully, I remember (this knock) for the rest of my life. I was focusing on one ball at a time when I was batting. When your team is under pressure and you bat like that... something I aspire to do," Pant said in the post-match presentation ceremony.

Pant, who got the Player of the Match award for his batting heroics, said that he enjoys playing in England.

"I always enjoy playing in England, and at the same time enjoy the atmosphere and the situation. The more you play the more experience you gain," he said.

The 24-year-old also credited the Indian bowlers for doing a fantastic job as England were bundled out for 259 on a batting-friendly pitch in Manchester.

"Nothing to take away from the bowlers, it was a good wicket to bat on and the bowlers did a commendable job to restrict them, they were brilliant not only today but in the entire series," he said.