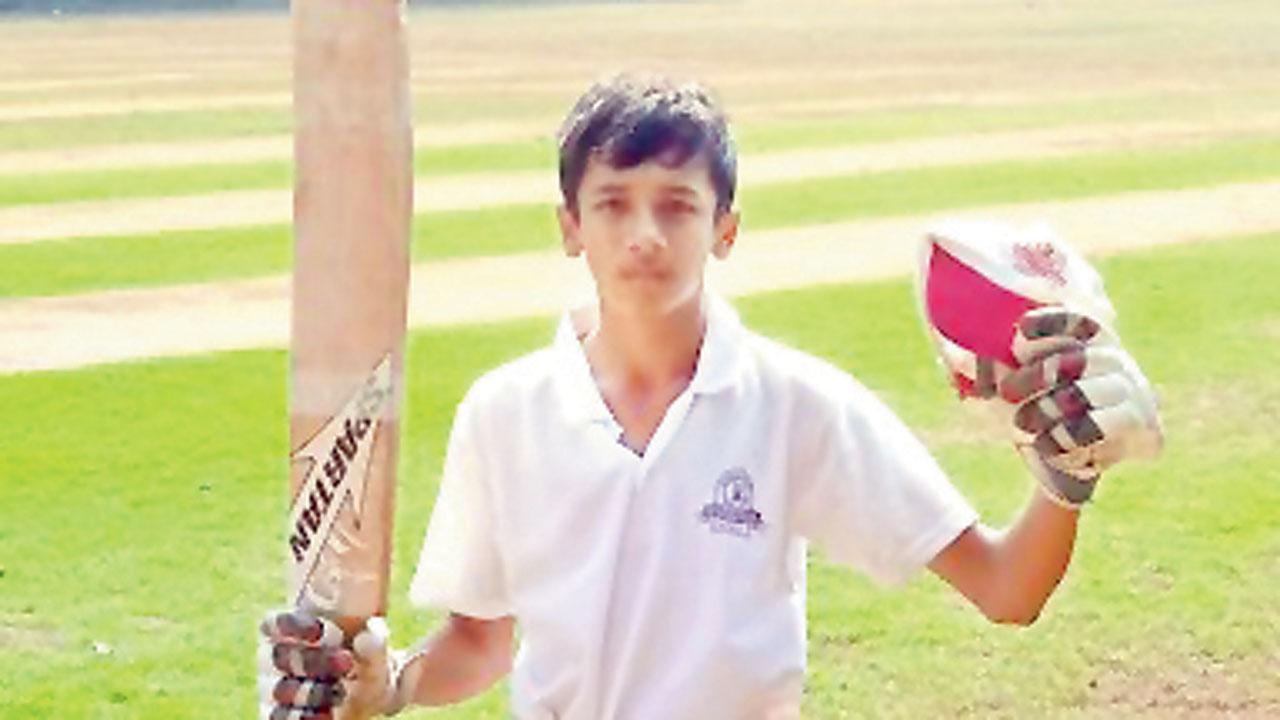 
Left-handed Raza Mirza (below) smashed an unbeaten 203 off 197 balls for Parle Tilak Vidyalaya as they scored 330 for one declared in 66.5 overs against Vasant Vihar HS in the U-16 inter-school Harris Shield at Matunga Gymkhana.

Yashas Ganiga (100 in 186 balls) was the second batsman to come up with a three-figure score for Parle Tilak. Batting first, Vasant Vihar were bundled out for 107. In their second innings, they were bowled out for 147 to hand Parle Tilak a win by an innings and 76 runs. Sachirth Poojari had match figures of 7-63.