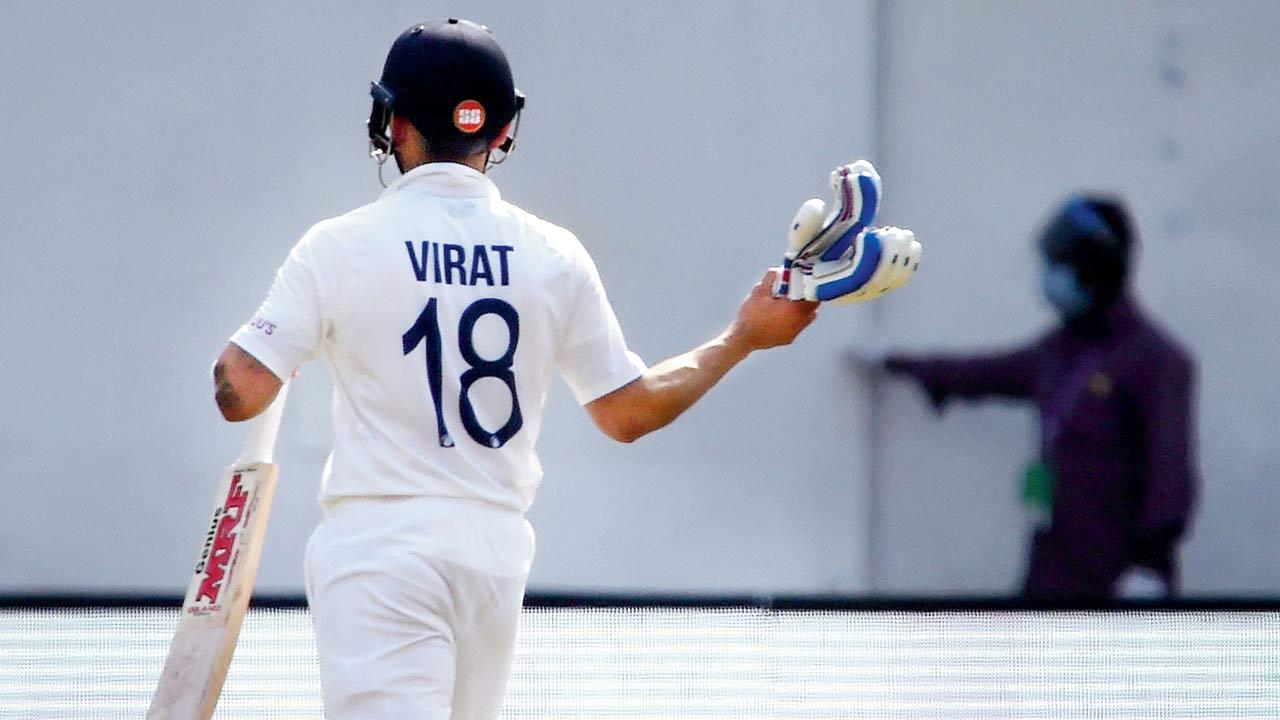 India captain Virat Kohli walks back to the pavilion after his dismissal on Day One of the second Test at Wankhede Stadium yesterday. Pic/AFP


Unhappy with the controversial leg-before decision of Indian skipper Virat Kohli, the Wankhede Stadium crowd did not spare the umpires when they took the field after the tea break.

As soon as Nitin Menon and Anil Chaudhary came on to the ground, the fans booed them  and they continued until the players took the field.

Kohli was adjudged LBW for a four-ball duck after the third umpire Virender Sharma did not find any “conclusive evidence” to change on-field umpire Chaudhary’s decision.

Replays, however, showed that there was bat first despite it being close to the pads.  Also, the third umpire made up his mind before even checking for the ball-tracking, which ultimately showed that the ball went on to hit the stumps.

However, several experts sympathised with Kohli after being hard-done by the decision.

BOTH India and New Zealand were rocked by injuries for the second Test.

“Since he has not recovered completely, he has been ruled out of the second Test,” BCCI secretary Jay Shah stated in a press release.

However, Rahane had a full training session with his teammates at the MCA-Bandra Kurla Complex indoor nets on the eve of the match.

New Zealand lost captain Kane Williamson due to a recurrence of a left-elbow problem. Tom Latham led the Kiwis.