Ex-Australia pace hero reckons young Malik, who bowled impressively for Sunrisers Hyderabad in IPL-15, can be a candidate for the longer version 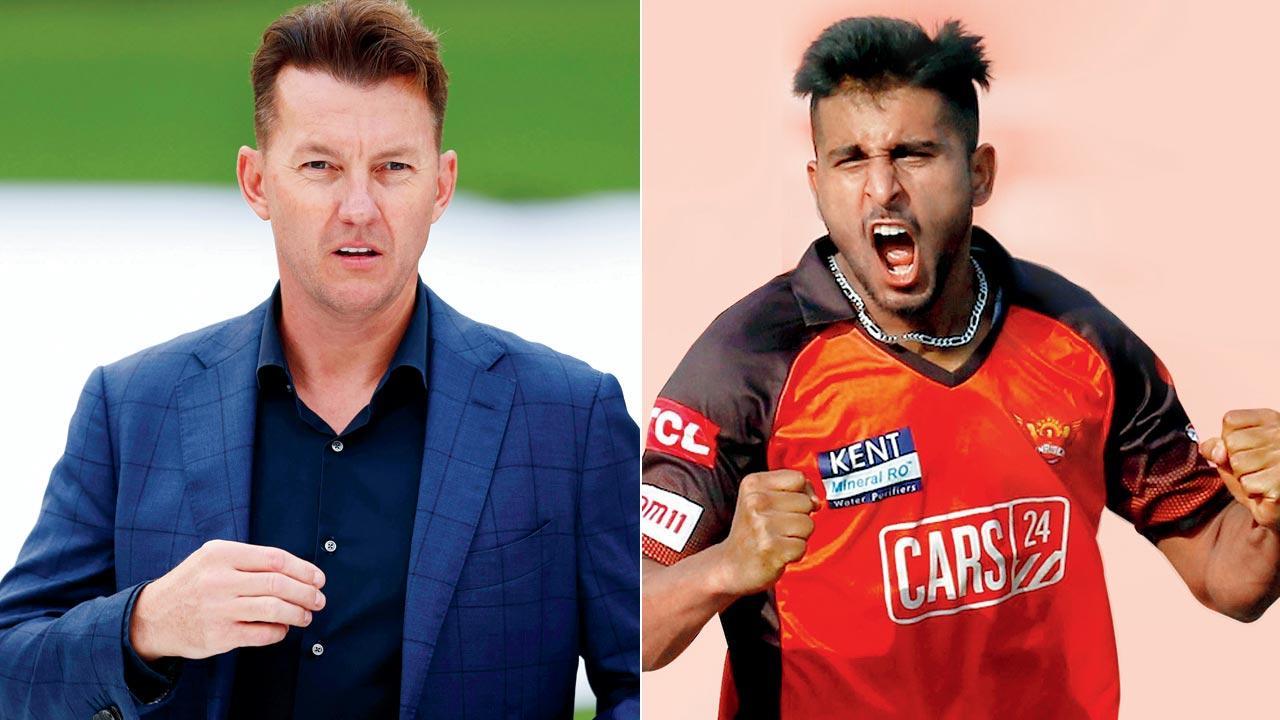 They both created a buzz with their pace even before being selected to represent their country.

Lee, who is now a television pundit and a brand ambassador for sportsbet.io, provided more than just a good glimpse of his dangerous speed in a one-day competition involving A players of India and Australia at the 1999 America Challenge in Los Angeles, where the Australians won 4-1.

Umran impressed everyone with his pace while bowling for Sunrisers Hyderabad in the recently-concluded Indian Premier League.

“I think he’s [Umran] a great find firstly for the IPL and secondly, for Indian cricket. He’s a guy who bowls extremely fast—over 150kmph—and I believe he can go past that 155kmph mark consistently,” Lee told mid-day. Lee felt talk about

Umran being expensive while he goes all out for pace will not help the 22-year-old tearaway. “A lot of people say he bowls 150kmph [but] he might be too expensive and that can happen when you bowl fast. But I do believe that he’s also a good candidate to bowl in the longer format, whether it is Test or one-day cricket for India,” said Lee.

The blond New South Welshman made his Test debut against India at the Melbourne Cricket Ground in 1999 and he made it memorable by claiming a fifer in his very first innings, coming on as first change after Glenn McGrath and Damien Fleming. India went on to lose the Test by 180 runs despite a man of the match award-winning century from skipper Sachin Tendulkar.

And what advice does Lee have for Umran? “My advice to Umran would be to keep having fun. Don’t try to overcomplicate things. Enjoy what you’re doing, enjoy the ride. It’s going to be a bumpy ride because there will be injuries. That’s all part of being a fast bowler no matter how hard you prepare your body, how hard you train, the rehab, the warm-downs, you can do whatever you want. But unfortunately, with bowling fast, injuries  happen.

You have to deal with that and don’t let it affect you.”

Next Story : Aus to tour India ahead of men’s T20 World Cup