The 22-year-old all-rounder, who bowls off-spin, has already represented India in all three international formats and has also made over 50 appearances in the Indian Premier League (IPL) 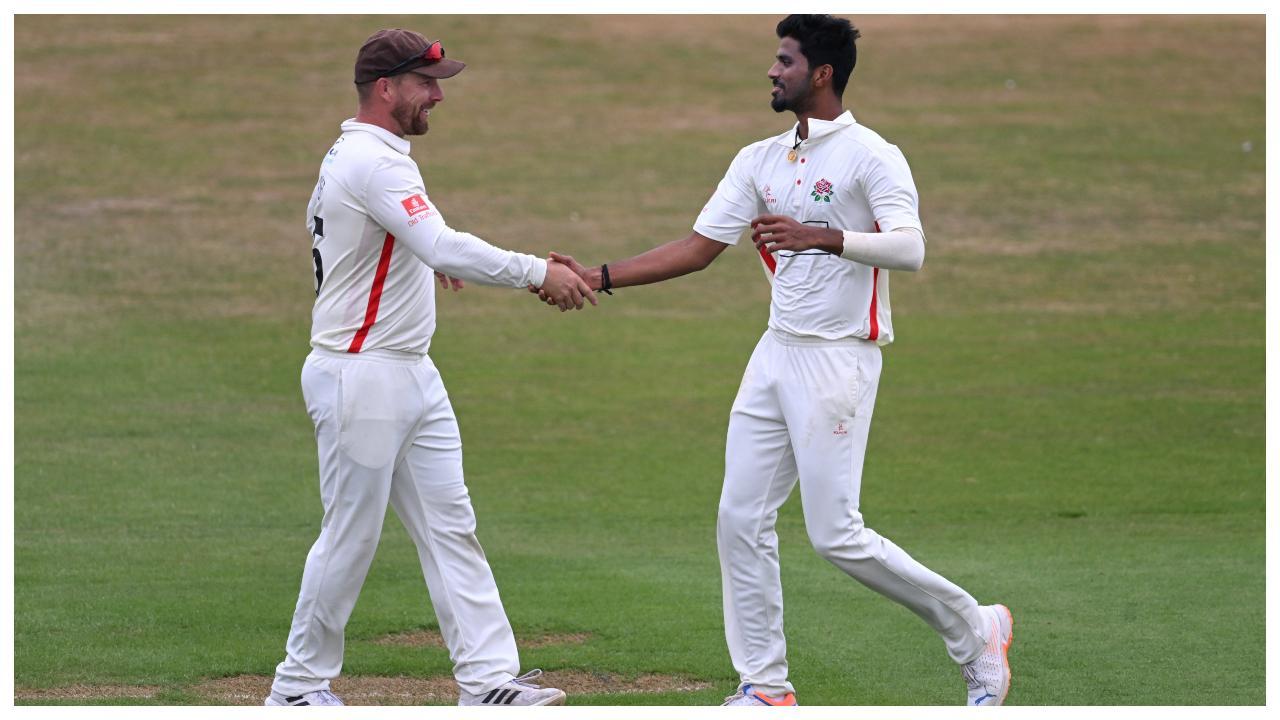 
Indian all-rounder Washington Sundar started off his county cricket stint for Lancashire with a bang, picking up a five-wicket haul on his debut against Northamptonshire at Northampton during the ongoing County Championship Division one on Wednesday. Sundar was absolutely phenomenal with the ball. He got his first wicket in the second ball of his first over, dismissing skipper Will Young for 2. Later, he went on to scalp some key wickets of his opponent's middle order. He dismissed Ryan Rickelton (22), Rob Keogh (54), Tom Taylor (1) and wicketkeeper-batter Lewis McManus (61). By dismissing Keogh, he also broke a 77-run partnership between him and McManus.

The county in June confirmed the signing of Indian all-rounder, Washington Sundar. The all-rounder reached Old Trafford, the home of Lancashire Cricket on Monday. He received his jersey upon his arrival. Sundar will be available for the whole Royal London One-Day Cup competition, and fitness depending, on a number of County Championship games in July. The 22-year-old all-rounder, who bowls off-spin, has already represented India in all three international formats and has also made over 50 appearances in the Indian Premier League (IPL). In 2017, at the age of just 18 years and 80 days, Washington became the youngest player to debut for India in T20Is and he has since made 31 appearances in the shortest format for his country - taking 25 wickets.

Washington also represented India four times in One Day Internationals and in four Test matches, most recently in the home Test series win against England in early 2021. He plays domestic cricket in India for Tamil Nadu and has often been compared to fellow spin bowling all-rounder, R Ashwin, who also progressed through the ranks in the Southern Indian state.

McManus caught sweeping on the boundary for 61.

After representing India at the 2016 Under-19 World Cup, Washington replaced Ashwin at Rising Pune Supergiant for the 2017 IPL, bowling at an impressive economy rate to help his side to the final. In First-Class cricket, Washington has claimed 36 dismissals in 17 matches whilst also striking five fifties and a century with the bat. He's also picked up 44 wickets in List A cricket.