The Tottenham Hotspurs player was present with his fellow club mate, Matt Doherty as the duo tried their hands at batting at the Mecca of Cricket 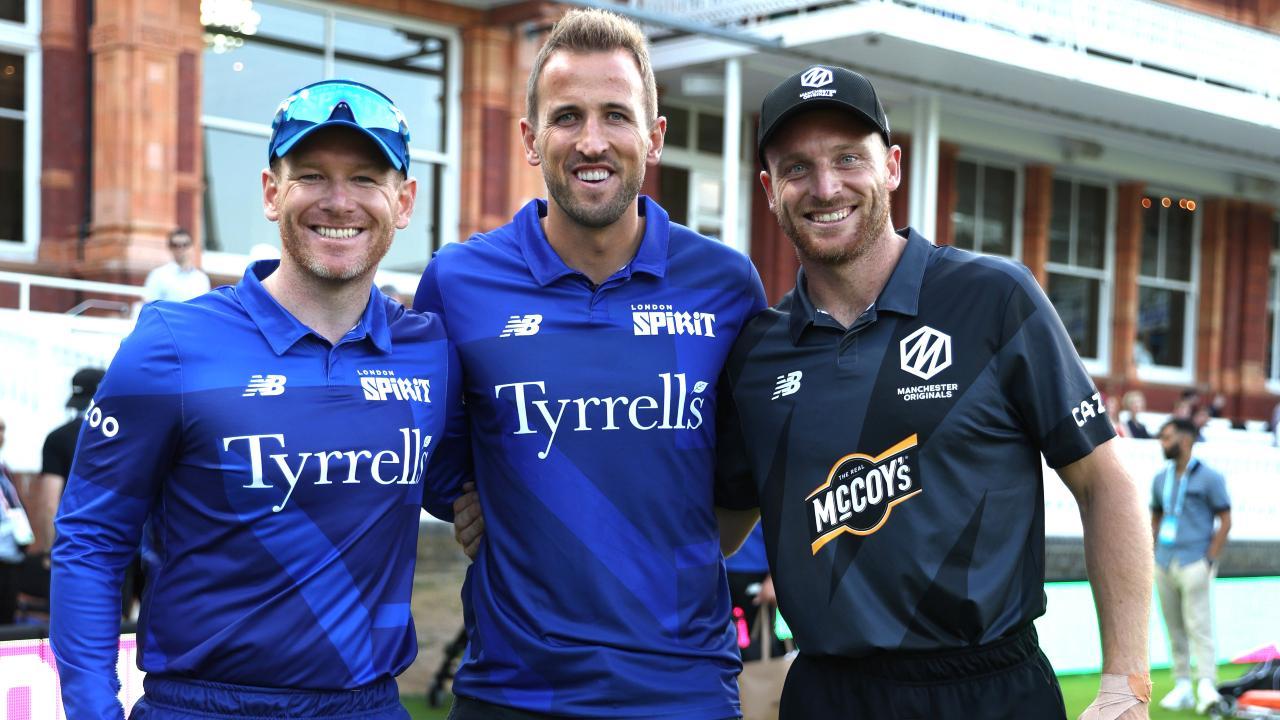 
English Premier League star Harry Kane was present at the Lord's cricket ground for the Hundred tie between London Spirit and Manchester Originals as he tried the six-hitting challenge during the innings break. The Tottenham Hotspurs player was present with his fellow club mate, Matt Doherty as the duo tried their hands at batting at the Mecca of Cricket.

What's more, the England Football skipper also met his countrymen albeit from cricket, Eoin Morgan and Jos Buttler. The Mecca of Cricket posted a photo of the trio on their Twitter handle along with the caption, "A special guest at the Home of Cricket this evening ⚽️ Pleasure to have you here, @HKane 👋"

Harry Kane was also seen commentating alongside former Team India coach Ravi Shastri. Harry Kane even went on to say it on air that he's an RCB fan. Harry Kane and Virat Kohli are known to be 'buddies' off the field. During the 2019 World Cup, the duo caught up and even tried a hand at cricket and football together. If that's not tall, they often exchange tweets and seem to have bonded well.

Both players will look to lead their respective national sides at the World Cups, football and cricket, respectively. Harry Kane will be leading his side at Qatar in November this year whereas Virat Kohli will be in action at the T20 World Cup in Australia starting in October.