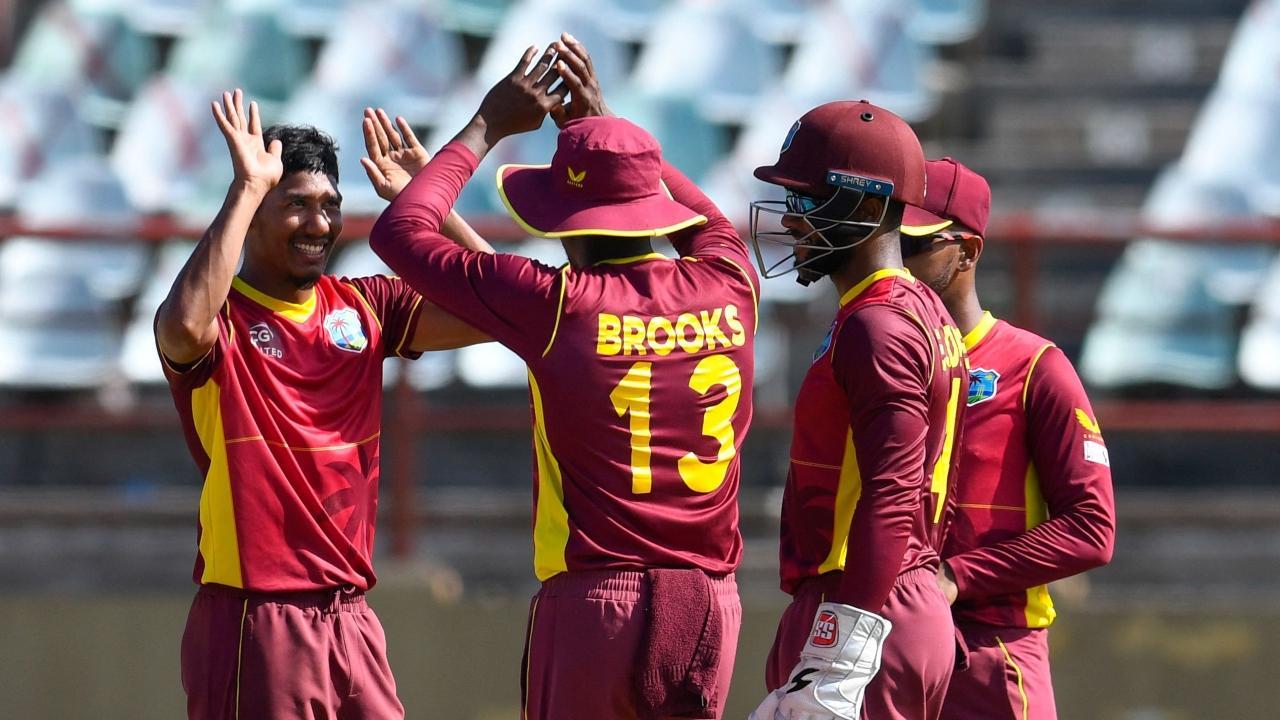 Gudakesh Motie celebrates the dismissal of Afif Hossain during the 3rd and final ODI between West Indies and Bangladesh. Pic/ AFP

The seasoned all-rounder was not part for the preceding home T20 series against Bangladesh, but the Cricket West Indies selection panel decided to recall him for the assignments against India.

Nicholas Pooran will continue to lead the side after his impressive outing in the series against Bangladesh. While the West Indies were swept aside 0-3 by Bangladesh, Pooran scored a 39-ball 74 in the third T20.

Shai Hope will be Pooran's deputy.

"As we all know Jason is one of the leading all-round cricketers in the world and we're happy to have him back in the team," chief selector Desmond Haynes was quoted as saying by Cricket West Indies in a statement.

After the debacle against Bangladesh, Haynes hoped the team would be able to turn things around against India.

"We had a very challenging three matches against Bangladesh in Guyana so we will be looking to rebound when we face India in the conditions in Trinidad."

"We have seen some growth among some players, but overall we need to regroup and play better against the Indians," Haynes added.