On a pitch assisting the bowlers, left-arm spin all-rounder Akeal Hosein and pacer Alzarri Joseph picked three wickets each to bowl out New Zealand for just 190 in 45.2 overs. Brooks' half-century made sure the men in maroon aced the chase 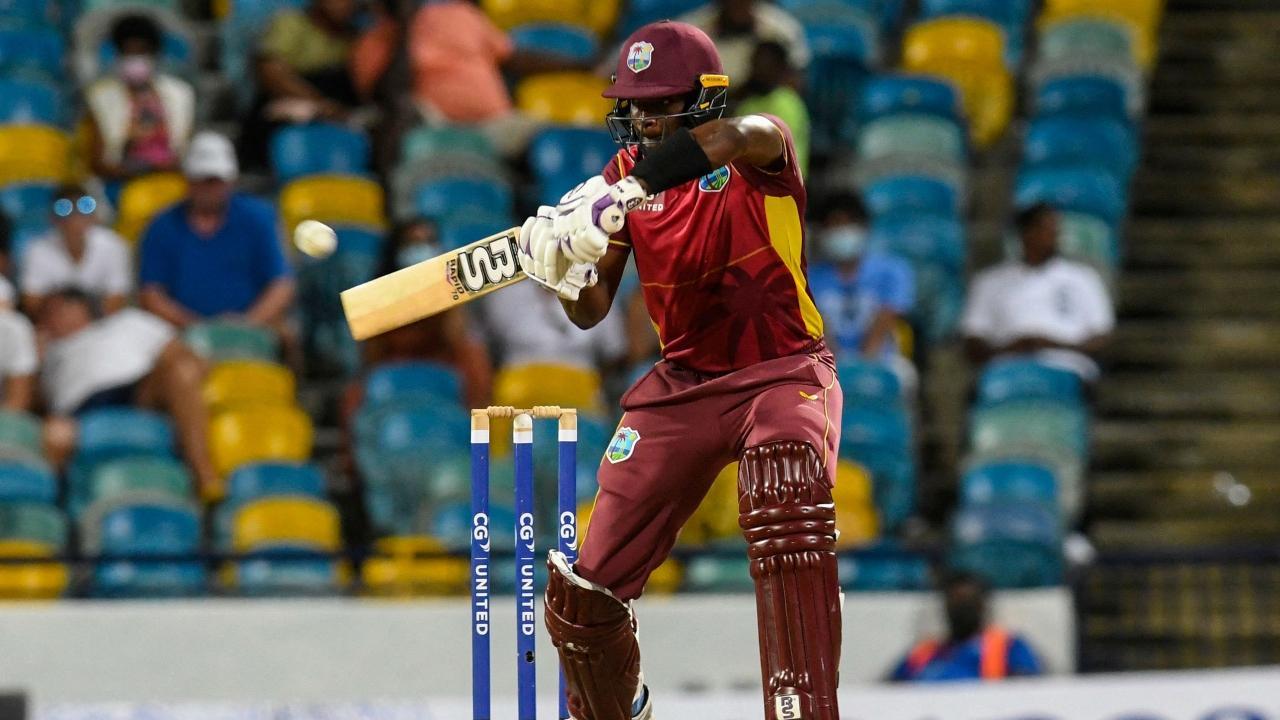 
West Indies snapped their nine-match losing streak in ODIs with a comfortable five-wicket win over New Zealand in the first match of the series.

On a pitch assisting the bowlers, left-arm spin all-rounder Akeal Hosein and pacer Alzarri Joseph picked three wickets each to bowl out New Zealand for just 190 in 45.2 overs.

The chase was not straightforward for the West Indies. But Shamarh Brooks made a patient 79 off 91 balls to ensure West Indies had a rare clinical performance in ODI cricket and take a 1-0 lead in three-match series.

Martin Guptill and Finn Allen stitched a 41-run opening stand in eight overs. But once they both fell in quick succession, wickets kept falling at regular intervals for New Zealand, going from 53-2 to 116-5.

If not for the contributions from Mitchell Santner (25) and Michael Bracewell (31) lower down, the score would have been much more lesser for New Zealand, who fell ten runs short of the 200-mark.

Also Read: Zimbabwe series will be a fitness test for Deepak Chahar ahead of T20 World Cup: Manjrekar

New Zealand struck twice in the powerplay as Shai Hope and Kyle Mayers fell to Tim Southee and Trent Boult respectively. But Brooks hanged around for long to lead the chase for West Indies, with captain Nicholas Pooran making 28. The duo were also aided by some inconsistent bowling from New Zealand, with tearaway pacer Lockie struggling to find his rhythm.

By the time Brooks fell, West Indies were 172-5 and Jason Holder, along with Jermaine Blackwood, playing in his first ODI since 2015, saw the team get over the line with five wickets and 11 overs remaining.

Next Story : Someone will have to make a 'personal sacrifice' for KL Rahul to open in Zimbabwe series: Manjrekar