The match also marked Conway's first appearance in T20Is since last year's T20 World Cup in the UAE, making 43 off 29 balls in New Zealand's score of 185-5 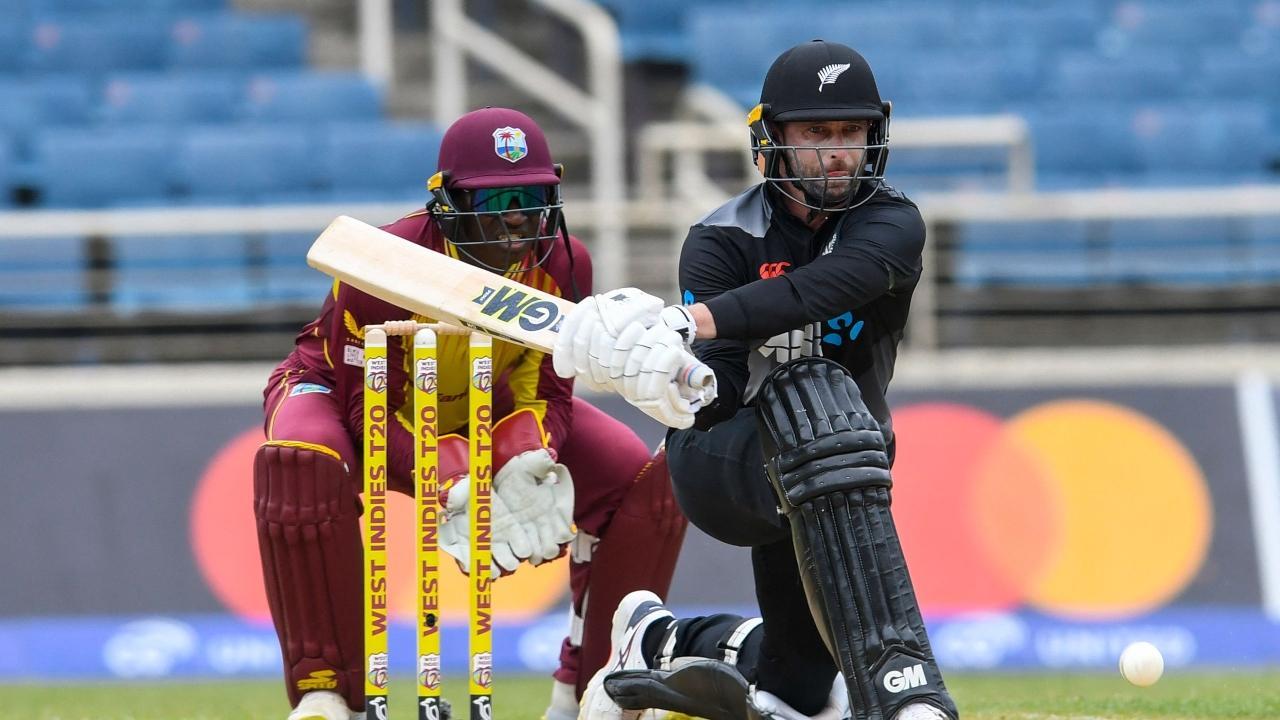 
New Zealand opener Devon Conway sees the T20I series against the West Indies a great opportunity for his team to try different combinations for the Men's T20 World Cup in Australia to be held in October-November.

"I wouldn't say we have set roles as of yet. This is a great opportunity to try different combinations. It's nice that everyone is back though. It will obviously provide good opportunities for guys to experience different roles."

"Whatever they may be in the future of this series, we don't know, but it's exciting for us to just try different combinations and work through different roles," said Conway after New Zealand defeated West Indies by 13 runs in the first T20I at Sabina Park.

The match also marked Conway's first appearance in T20Is since last year's T20 World Cup in the UAE, making 43 off 29 balls in New Zealand's score of 185-5. In between, he made 173 runs in seven innings for Chennai Super Kings (CSK) in IPL 2022, including three fifties.

"It was really good to be back out there again. I have had three weeks' break from the group, so it was really refreshing to see everyone again. It was just good to be out in the middle. Everyone's excited to go out there and play as 20-20 cricket brings that excitement out. It was a really good day at the office," stated Conway.

Apart from him, captain Kane Williamson made 47, while James Neesham provided the finishing touches with an unbeaten 33 off 15 balls. "We have got some really powerful and skillful players. If you look at the likes of Kane, he might not be as explosive or powerful as Neesham, but can strike at 150 easily on his day - even at 200 for that matter."

"He just brings a different skillet to the team. We have quite a lengthy group of batters eager to put their hat in the ring. This series will provide opportunity for quite a lot of players to take responsibility with any of the roles they are given," observed Conway.

Conway was also appreciative of West Indies lower order fightback in the match. Left with 72 runs to get from the last four overs, Romario Shepherd lashed a 16-ball unbeaten 31 (three sixes and a four) in a 58-run unbroken eighth wicket stand with Odean Smith, who blasted a 12-ball unbeaten 27 (four fours and a six). The duo got the equation down to 26 from the final over, but West Indies fell short by 13 runs.

"Lot of credit to their batters for the way they batted at the end. There was some remarkable hitting from a couple of the guys towards the end. It was quite cool to experience close-up the depth and power they have."

"Naturally, if you have a team six or seven down, you think there's not a lot to come, but this West Indies group they have is very explosive, has a lot of depth and they keep coming hard. It was about sealing the game off whenever you could and make sure that you are not giving them an opportunity at the back end even if you think you are ahead."

Next Story : Rishabh Pant appointed as brand ambassador of Uttarakhand