Apart from Arshdeep, Avesh Khan, Axar Patel, and Ravi Bishnoi picked 2 wickets each as India bowled out the hosts for 132 after setting them a target of 192 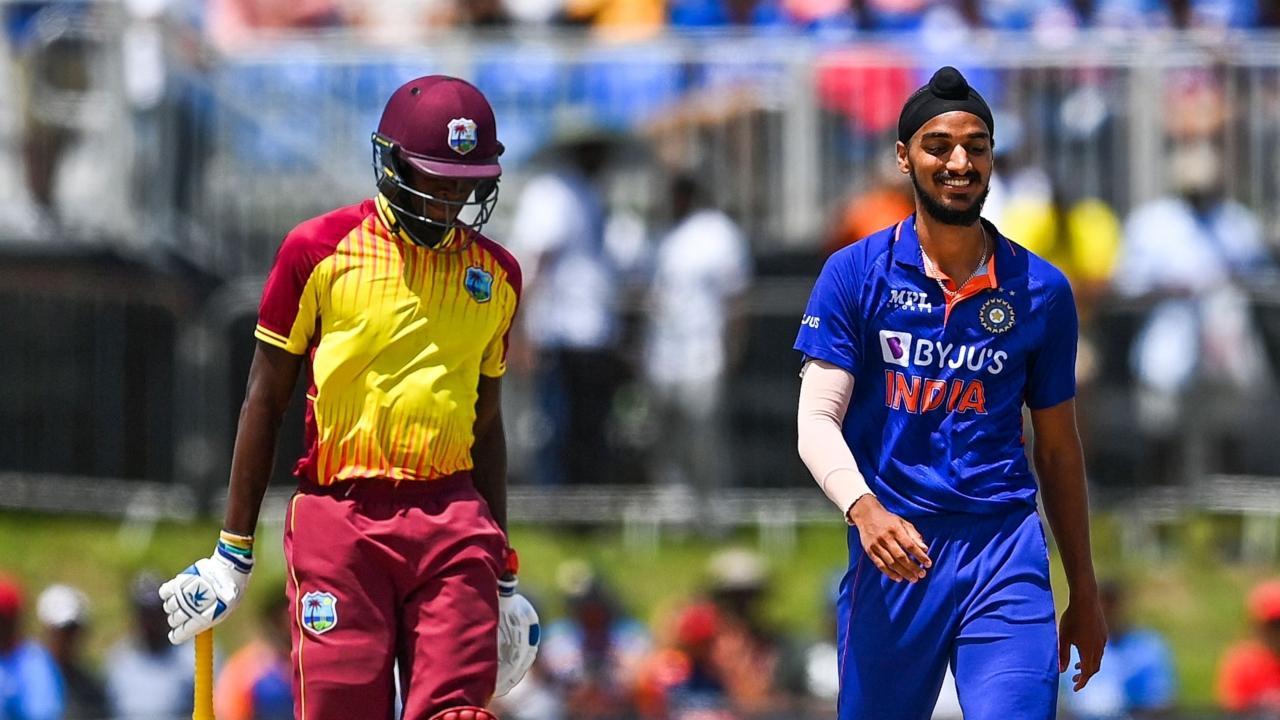 Dominic Drakes gets bowled by Arshdeep Singh during the fourth T20I between West Indies and India. Pic/ AFP

Pacer Arshdeep Singh bagged three wickets, while Avesh Khan, Axar Patel and Ravi Bishnoi all picked up two wickets each as West Indies were bundled out for 132.

Chasing 192, West Indies got off to a bad start as they lost their opener, Brandon King, on 18 runs on board. In the fourth over Devon Thomas fell prey to Avesh Khan after scoring just one run.

West Indies skipper Nicholas Pooran and middle-order batter Rovman Powell top-scored for the Windies with 24 runs each, while five West Indies players were sent back to the pavilion with single-digit scores.

Earlier put into bat, Rishabh Pant and captain Rohit Sharma failed to play big knocks but made useful contributions to guide India to 191 for 5.

Axar Patel smashed some big shots towards the end to remain unbeaten on 20 off 8 deliveries. Sanju Samson played a calm knock of 30 not out off 23 balls.

Hosts' left-arm fast bowler Obed McCoy proved to be the most expensive bowler for West Indies in T20Is.