The Tottenham forward celebrated in front of the Tunisian supporters, who responded by throwing a banana and plastic cups in his direction 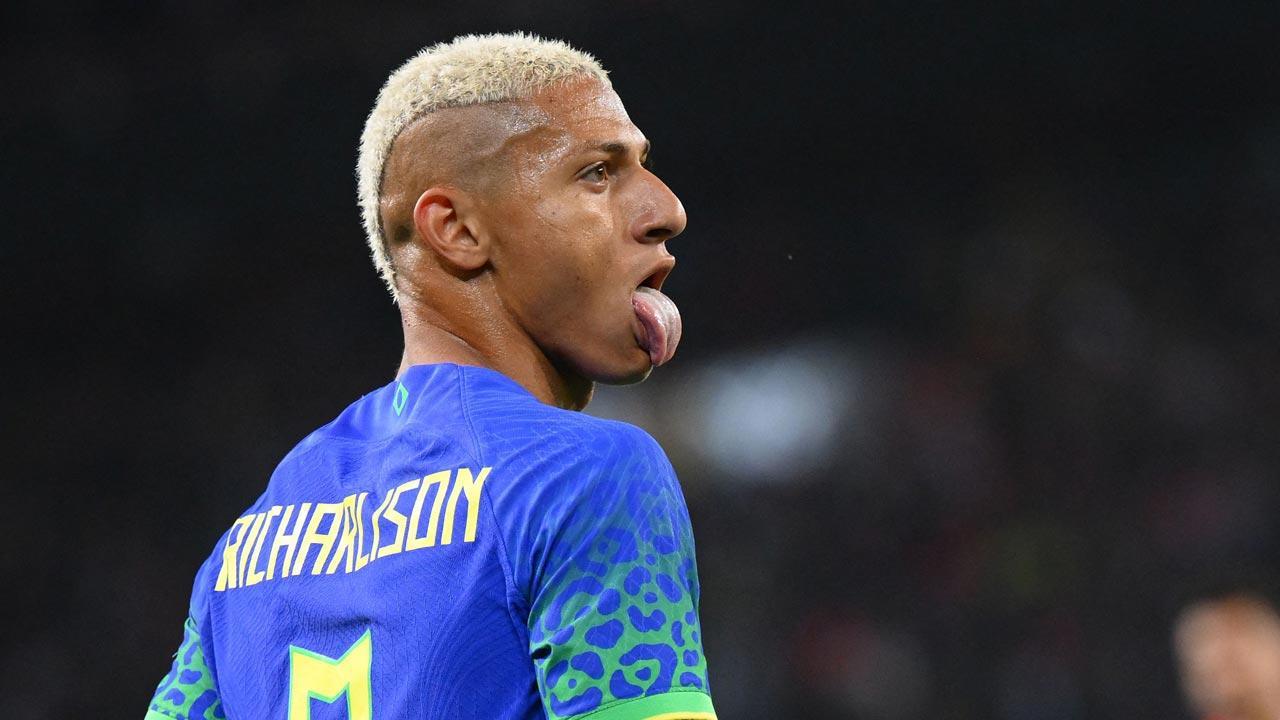 Brazil's forward Richarlison reacts after scoring his team's second goal during the friendly football match between Brazil and Tunisia at the Parc des Princes in Paris. Pic/AFP


Richarlison responded angrily on Wednesday to racist abuse after he scored as Brazil thrashed Tunisia in a friendly in Paris.

“As long as you continue to “blah blah blah” and don’t punish, it will continue like this, happening every day and in every corner. No time left, man!” he tweeted in Portuguese. Richarlison was pelted with objects from the stands after putting Brazil ahead for the second time as they thrashed Tunisia 5-1 at Parc des Princes on Tuesday.

The Tottenham forward celebrated in front of the Tunisian supporters, who responded by throwing a banana and plastic cups in his direction.

Next Story : All about Nations League final four