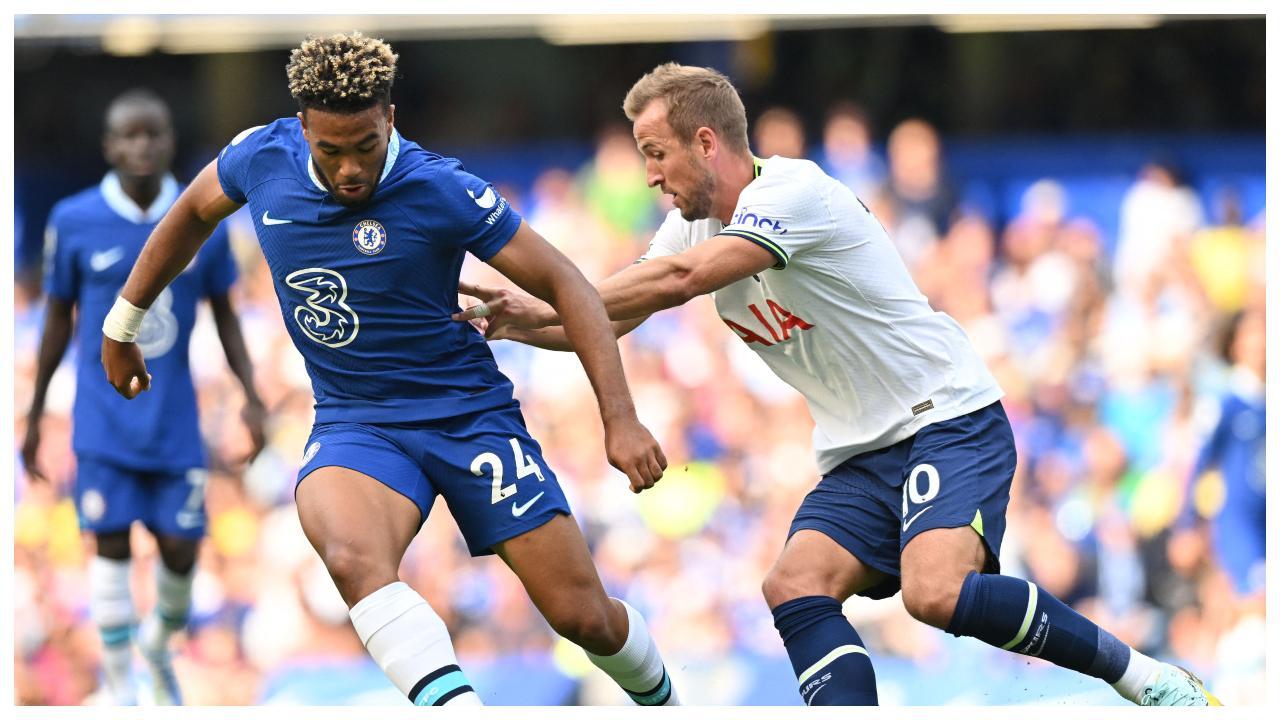 
Harry Kane snatched a 96th minute equaliser to salvage a 2-2 draw for Tottenham from a feisty London derby against Chelsea on Sunday. Both managers Antonio Conte and Thomas Tuchel were sent-off after the full-time whistle for their second physical altercation of the match. Chelsea looked set to get a new era at Stamford Bridge off to the best possible start as they twice led through Kalidou Koulibaly and Reece James. Tottenham were well off the level required if they are to live up to hopes of challenging Manchester City and Liverpool for the title, but showed the newfound character instilled by Conte to fight back for a point. The Italian and Tuchel were both booked in the aftermath of Pierre-Emile Hojbjerg's first equaliser. Tempers then flared again during a handshake after Kane nodded in with virtually the last action of the game.

"It is the Premier League and why we love it. It is emotional coaches on the sidelines," said Tuchel. "I think it (the red card) was not necessary. But a lot of things were not necessary today so it is another poor decision from the referee." Tottenham have still only won once at Stamford Bridge in 32 years in the league, but Conte will be delighted to escape with a share of the spoils against his former club. "There is a difference between Chelsea and Tottenham but we are here to reduce this gap," said the Italian. "Last season we lost three times, this time we drew so it's a little step forward." New Chelsea chairman Todd Boehly was welcomed by a huge banner from the Chelsea support and saw an early return on the near £170 million ($206 million) investment in the transfer market since he sanctioned a £2.5 billion takeover to buy the club from Roman Abramovich. Despite the drastic changes in the boardroom, on the field it was like the old times under Abramovich as Chelsea outthought, outplayed and outmuscled Spurs for the first 45 minutes. Two of their new signings combined for the opening goal as it was from Marc Cucurella's corner that Koulibaly found space to volley home.

- Spurs strike back -
Conte again resisted the temptation to start any of his six new signings, but it was not until the introduction of Richarlison just before the hour mark and a switch of formation that Tottenham began to threaten. Kane had a glorious chance to level when he uncharacteristically dragged wide with only Edouard Mendy to beat. Spurs did level 22 minutes from time in controversial fashion to light the spark between the two managers. Kai Havertz looked to be clearly fouled by Rodrigo Bentancur before Tottenham broke forward and the ball eventually fell to Hojbjerg to fire low and hard past Mendy. Tuchel reacted furiously to the decision and Conte's overzealous celebration.

The German fought fire with fire as he sprinted down the touchline to celebrate when James thrashed home Raheem Sterling's pass to restore Chelsea's lead 13 minutes from time. However, Kane had the final say as he flicked in Ivan Perisic's corner deep into added time. Earlier, Nottingham Forest celebrated their first home game in the Premier League for 23 years by beating West Ham 1-0. "We were never going to treat it as a normal game, it was more than that," said Forest manager Steve Cooper. "You could sense since we got promoted everyone was waiting for the first home game." The two-time European champions have made 14 new signings in a bid to maintain their top-flight status and two of those making their home debuts were the stars as Taiwo Awoniyi scored the only goal and Dean Henderson saved Declan Rice's penalty.