FIFA World Cup 2022: Aussie fans grounded with Argentina up next

The knowledgeable Aussie fans also realise that their World No. 38 side may not be good enough to progress beyond the next round given they’re up against Lionel Messi’s Argentina 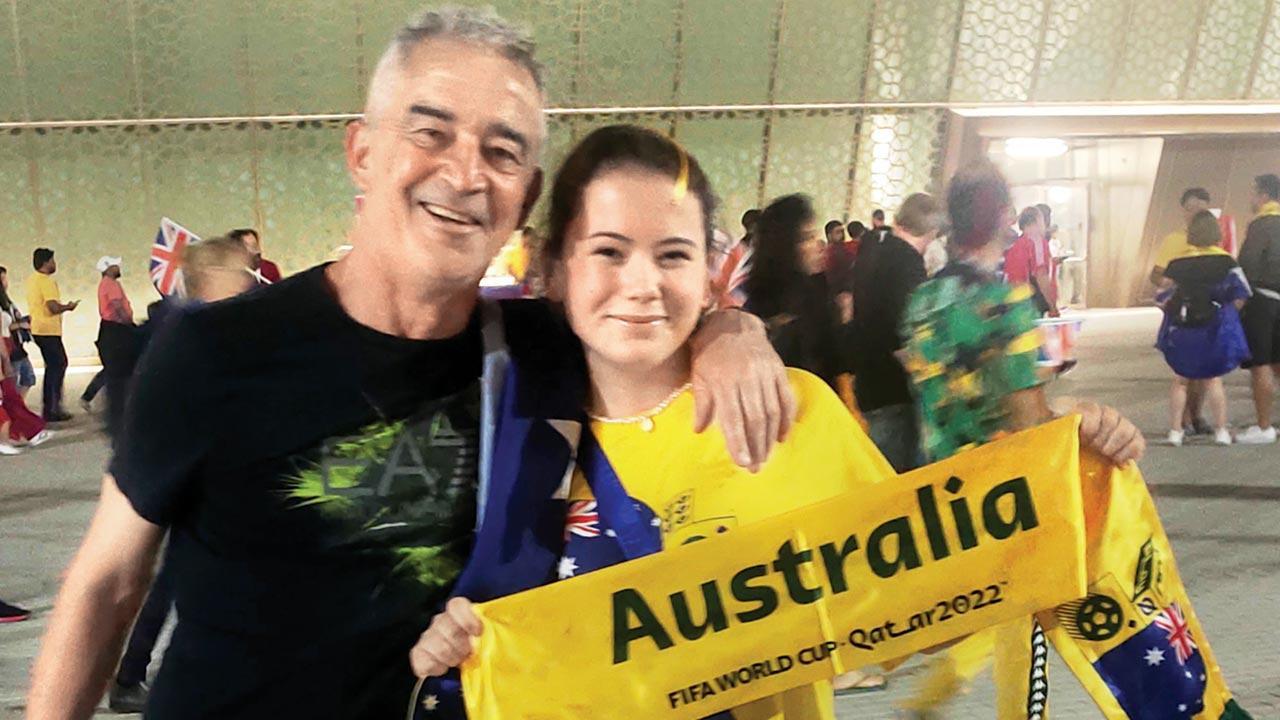 
Australia surprised the football world by beating World No.10 Denmark 1-0 to qualify for the second round at the Al Janoub Stadium here and their followers are understandably excited.

However, the knowledgeable Aussie fans also realise that their World No. 38 side may not be good enough to progress beyond the next round given they’re up against Lionel Messi’s Argentina.

“This win is nothing short of a miracle. We just expected the one win from them [against Tunisia] but they’ve managed to get two and are through,” says an overjoyed Terry Kearns, 55, a telecommunications employee, who lives in Melbourne.

Here with his daughter, Frankie, to “enjoy some world-class football,” Kearns however, is not being too optimistic about the team’s future prospects here. “Oh, we’re definitely not going all the way. It’s good enough that we have reached the pre-quarters. And next up is Argentina. They are no.3 in the world, aren’t they,” he asks. Frankie is quick to reply: “Oh yes, but let’s not look at rankings because if we considered that then we should never have expected to make it to the last 16, wouldn’t we?” she says.

The father and daughter though are mighty impressed with Mathew Leckie’s solo strike against the Danes on the night. “I thought Mat was outstanding. He had no one for support upfront, but he didn’t care and did it all by himself,” Frankie says.

“Oh, I hope and pray he can do that against the Argentines too, as silly as that may sound though,” adds Terry with a broad smile as the duo hold hands and join a bunch of celebrating Aussies up ahead.