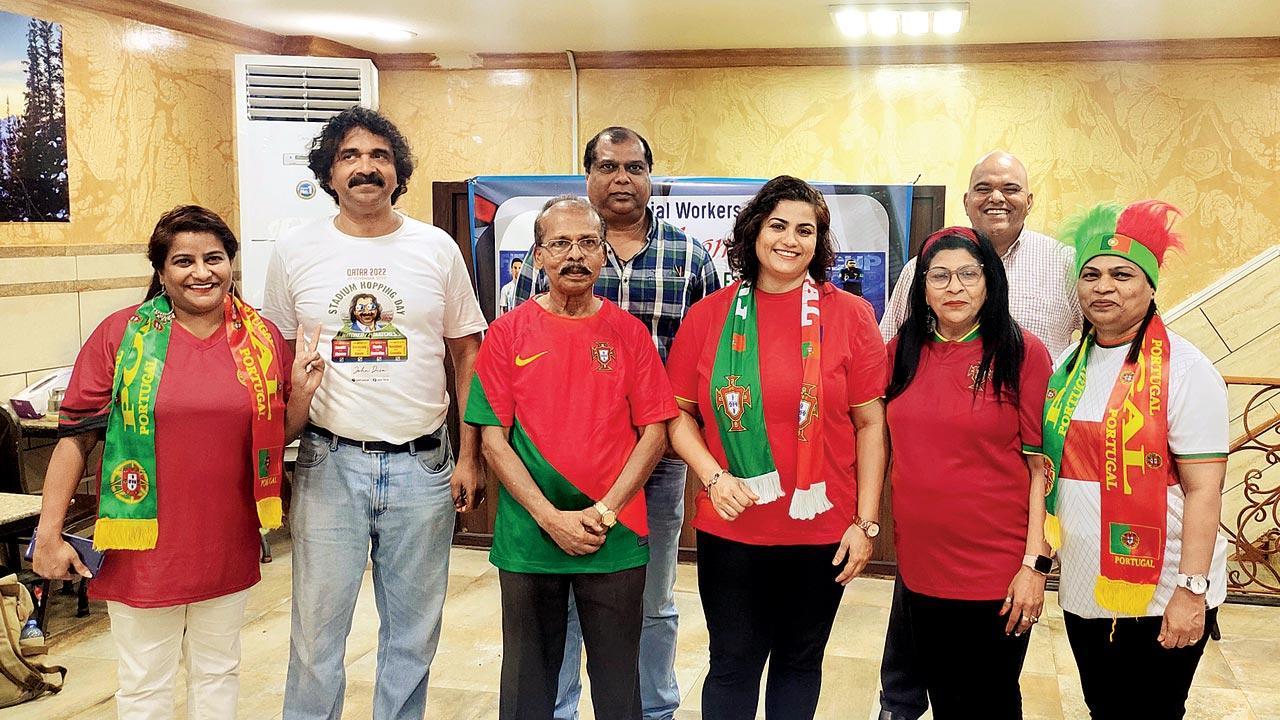 Members of The Goan Social Workers Qatar at a restaurant in Doha recently. Pic/Ashwin Ferro

India are not a participant at this World Cup, but there are quite a few Indians, who feel that Portugal captain Cristiano Ronaldo is one of their own.

Members of Goan Social Workers Qatar (GSWQ), a group formed by Goan residents working in this Gulf state, are convinced that “aamcho munees [our man, in Konkani]” will help Portugal go all the way at the quadrennial showpiece. Goa, a former Portuguese colony, still has many inhabitants, who speak the language and follow their customs and traditions, which is where their loyalty to the European nation stems from. 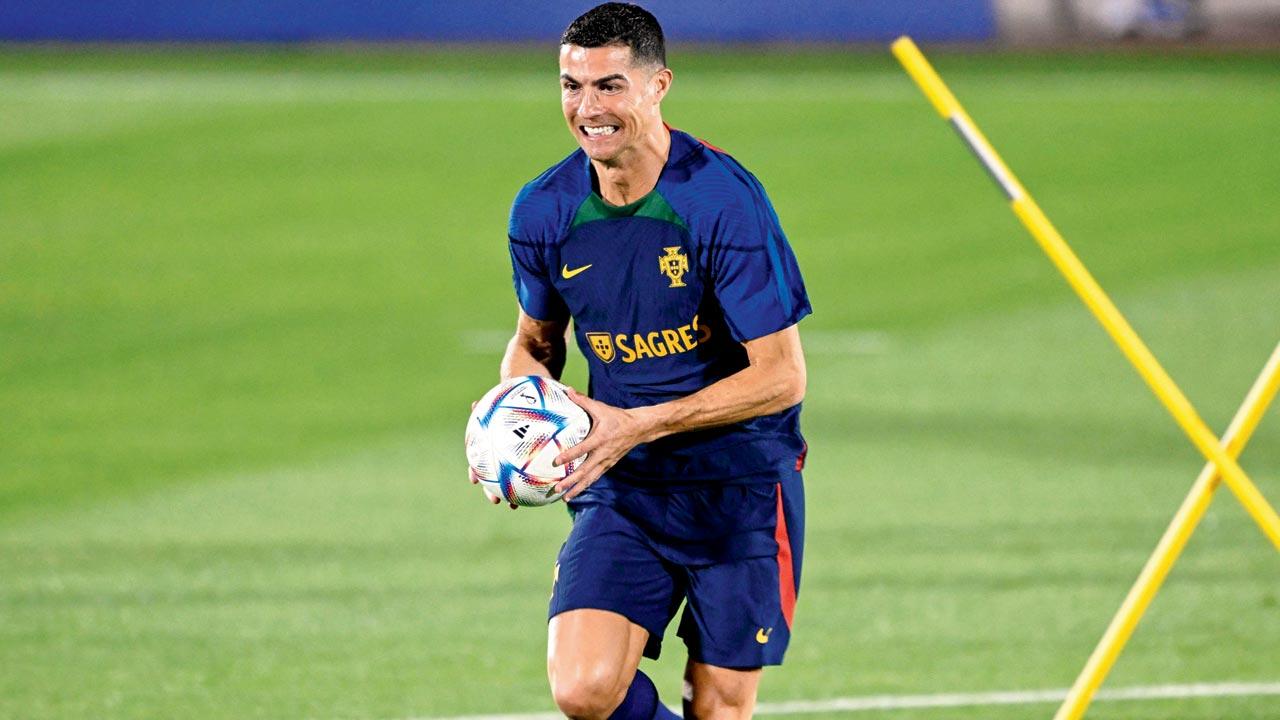 Cristiano Ronaldo at a training session on Sunday. Pic/Getty Images

In their Round-of-16 clash at Lusail Stadium on Tuesday, Portugal face a gritty Switzerland for whom forward Xherdan Shaqiri and midfielder Granit Xhaka have been impact players so far. On the other hand, Ronaldo, 37, hasn’t been in the best of form, scoring just once in three matches and that too off a penalty against Ghana. But that’s no deterrent for his die-hard Goan supporters. “Ronaldo has started slowly, but he will pick up as the tournament progresses. I believe he will score against Switzerland in the pre-quarterfinals. And from there on, he will explode and Portugal will go all the way to the final,” says GSWQ committee member Carol Gonsalves, 45, who has been a school teacher in Doha for the last 11 years and hails from Margao.

‘Age just a number for him’

Another GSWQ member, Pearl Almeida is unhappy however, with the criticism the Portuguese super star has copped for his age. “Looking at his physical fitness, there is no doubt that age is just a number for him. In fact, with age comes experience and that’s exactly what a player needs in such a high-pressure tournament. Ronaldo is the only player to have scored in five consecutive World Cups. That record itself speaks volumes of what he has achieved. And as this could be his last World Cup, I’m sure he will go all out in the remaining matches,” says Almeida, 37, who is employed with the state-owned Qatar Energy for the last eight years, but originally hails from Mapusa in Goa.

Sheryl Vaz, 31, a music teacher at Fr Agnel’s High School in Panjim, who is here especially to watch Ronaldo, says it was a dream-come-true moment for her, seeing him in the flesh during one of the league matches earlier. “Ronaldo is like a God to many of us ardent football lovers. Besides his skill and speed, his humility has stood out for me. The way he keeps hugging and wishing his teammates, shows he’s a genuinely humble person and humble people always succeed. I’m sure he can win this World Cup,” she says.

The GSWQ have helped provide affordable accommodation and other facilities to a number of Goan residents travelling here for the World Cup. Convenor John Desa explains that football is only small part of the real ethos behind GSWQ, which is to help anyone and everyone, who is in distress in this foreign country. “Portugal is our team and we Goans will always support it. But GSWQ supports a lot of other causes too. Throughout COVID-19 we helped with medical assistance for many Indian patients. During accidental deaths, our members provide financial help to families of Indian victims. Some of us also visit jails here to counsel Indians and try to help secure their release,” Desa concluded with a loud, “Viva Ronaldo, Viva Goa.”