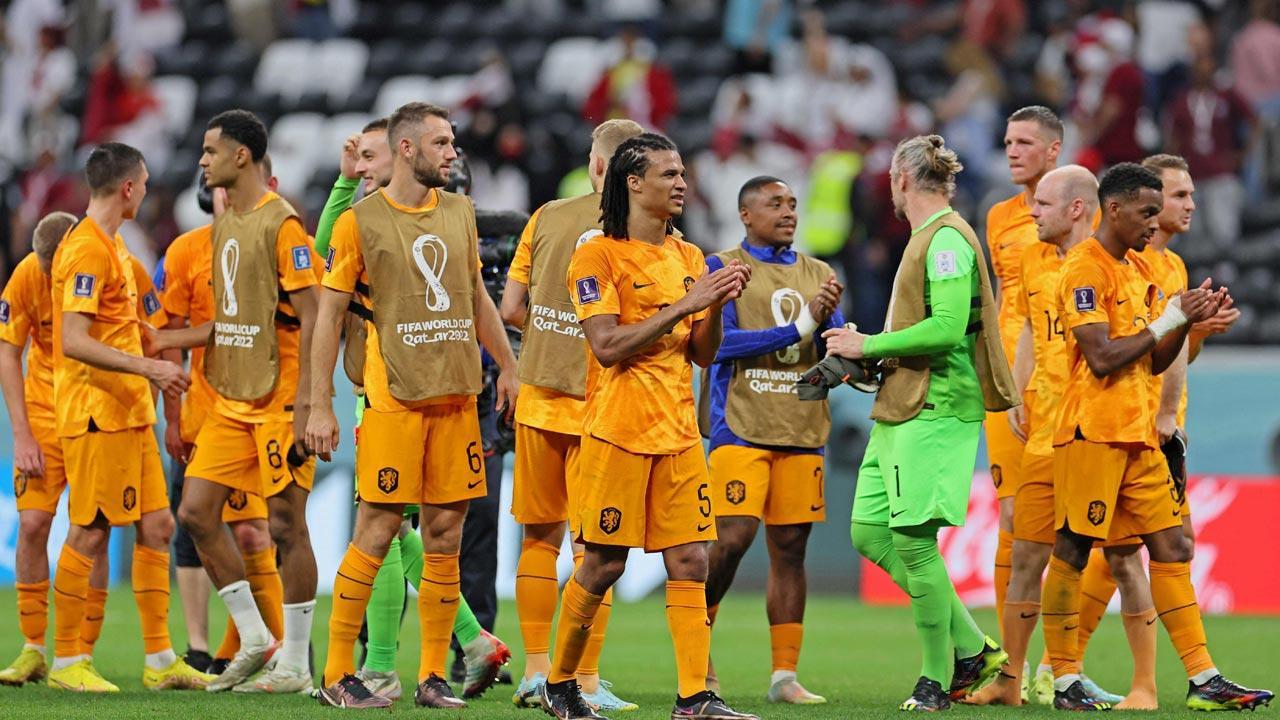 Netherlands players celebrate after the Qatar 2022 World Cup Group A football match between the Netherlands and Qatar at the Al-Bayt Stadium in Al Khor. Pic/AFP


Qatar slumped to a superior Netherlands attack 2-0 in their third and final FIFA World Cup Group A match at the Al Bayt Stadium in Qatar on Tuesday.

The hosts were playing their last match in this World Cup as they were eliminated from the tournament after losing their first two group matches in the early group stages.

Cody Gakpo scored the first goal of the match for the visitors as the hosts tried to stave off multiple attacks by the Dutch side right from the first minute when Memphis Depay's shot missed the goal on the right.

Qatar captain Hassan Al Haydos' shot from outside the box was saved by the goalkeeper in the third minute.

Gakpo's 26th-minute goal came as the Dutch kept dominating the game right through the first half. The Netherlands consolidated their win when Frenkie de Jong placed the ball in the top right corner of the goal in the 49th minute.

Qatar's defeat would have been more ignominious had a goal by Steven Berghuis in the 68th minute not been ruled out by the referee after consulting the VAR. After the loss against the Netherlands, Qatar became the only host in the World Cup to lose its first three matches.

Netherlands and Senegal qualified for the Round of 16 from Group A after Senegal beat Ecuador in Doha on Tuesday. The European side qualifies with 7 points while the Africans have 6.