Cristiano celebrated, thinking he struck the first blow against Uruguay, only to discover the goal was awarded to teammate Fernandes, who slammed in another for Portugal's 2-0 win on Monday night 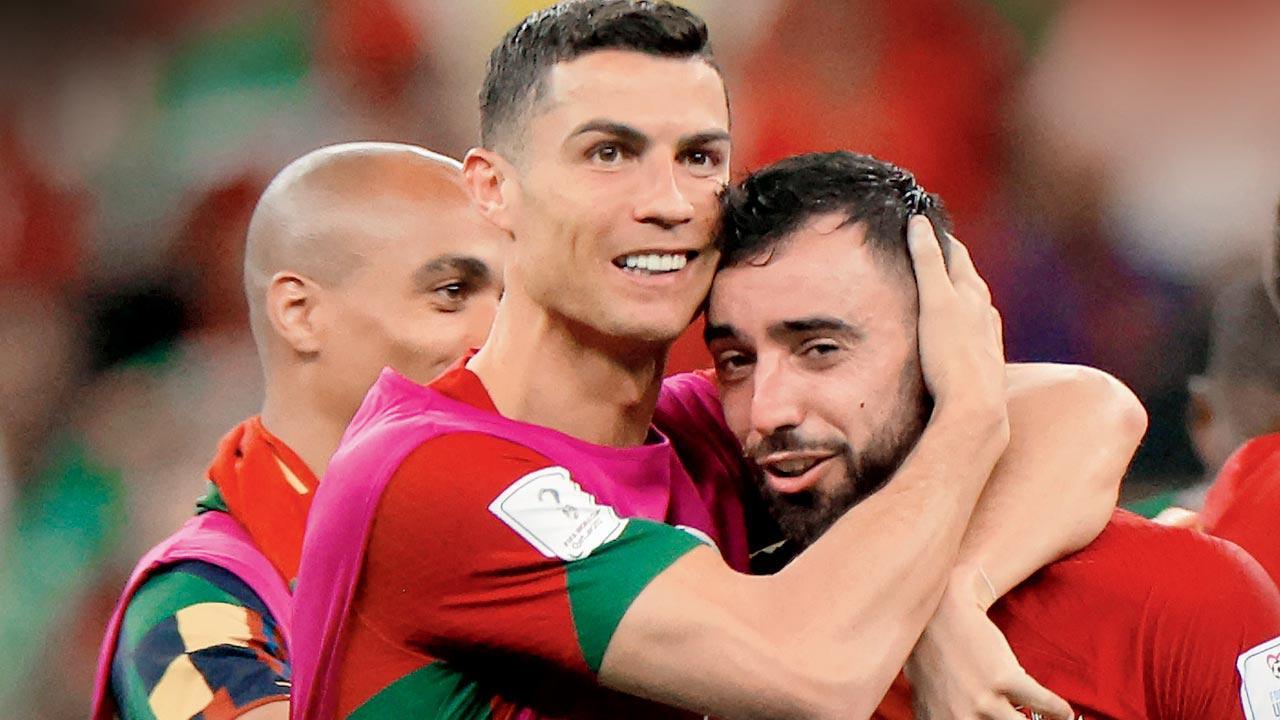 Cristiano Ronaldo got all excited, fists clenched and all as he celebrated what he thought was his opening goal for Portugal against Uruguay in the 54th minute at the Lusail Stadium on Monday night.

Instead, the goal was rightly awarded to his teammate Bruno Fernandes, whose aerial delivery failed to touch Ronaldo’s head on its way into the Uruguayan goal.

The incident is sure to rake up a controversy with some reports suggesting that the Portugal football federation will provide evidence to FIFA that Ronaldo actually did get a touch on the ball. This, despite ball-makers Adidas confirming that no contact was made between the Al Rihla match-ball and Ronaldo, thanks to a 500Hx IMU sensor and connected ball technology being used in the tournament. The goal would have taken Ronaldo level with Portuguese legend Eusebio on nine World Cup goals. Of course, the former player had scored all his goals in one edition (1966), while Ronaldo has accumulated his in five.

Also Read: In Ron we trust

Coming back to the match though, it was all about Fernandes, 28. The Manchester United star performed his attacking midfield role to a tee, troubling the Uruguayan defence with his piercing runs and pin-point accurate passes. His second goal came off a stoppage-time penalty that was awarded after he cleverly nutmegged Uruguay’s Jose Maria Giminez in the box and the ball brushed the latter’s hand while going through. Portugal deep defender Pepe immediately waved to the referee to refer to the VAR and a spot-kick was subsequently awarded. Fernandes stepped up, hopped and sweetly pushed the ball towards the left of the goal even as Uruguay goalkeeper Sergio Rochet went right. Rochet however, denied Bruno a hat-trick moments later, in a one-on-one situation. The tournament’s first hat-trick would have been the icing on the cake for the humble Portuguese star, who later said it didn’t matter who scored the opening goal. “I don’t think it really matters who scored the goal. I thought Cristiano had touched the ball as I had passed it to him. The important thing is we won against a tough opponent and are now looking to top the group and remain undefeated,” said Fernandes. Portugal won 2-0.