Naorem kept the defenders at bay as Silva made a lung-busting run toward the box, to receive what would be the second of Naorem's inch-perfect deliveries of the night. Silva rose with the ball on the bounce to slot it in 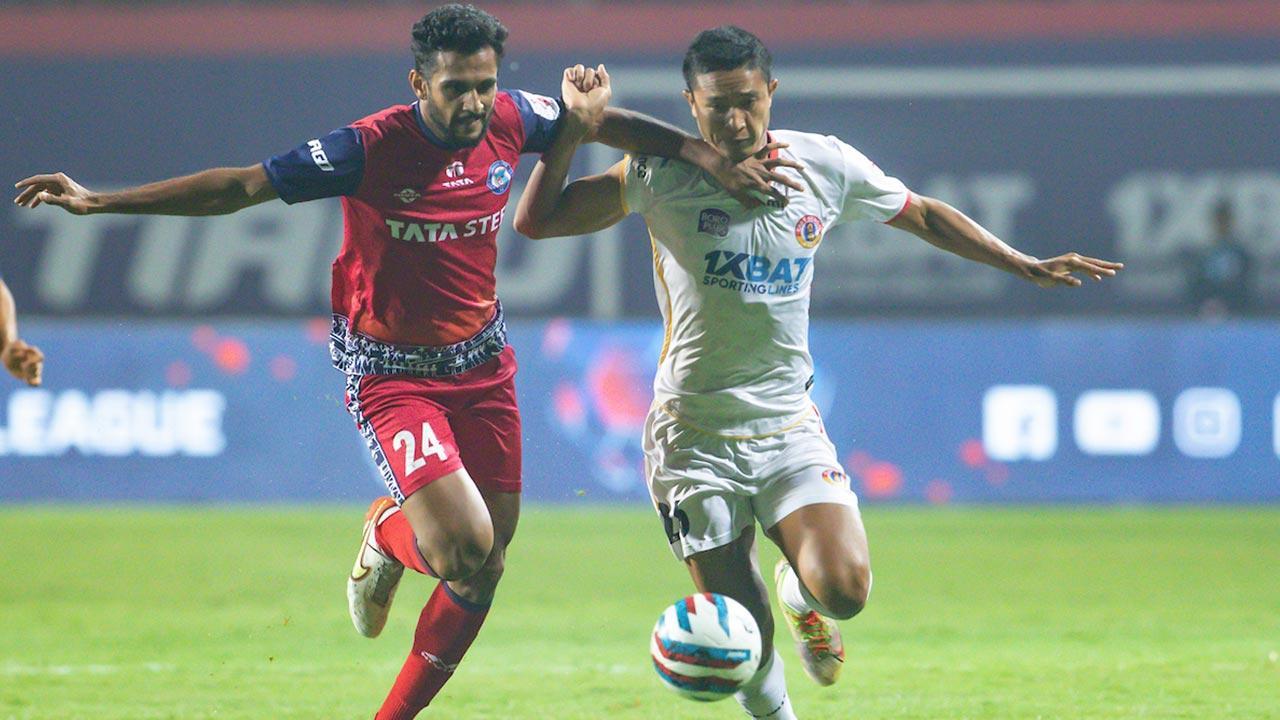 
East Bengal FC put on a top display of counter-attacking football, led by forward Naorem Singh's three assists, as they sealed a 3-1 win against Jamshedpur FC in an Indian Super League (ISL) 2022-23 match at the JRD Tata Sports Complex, here on Sunday.

Both teams had made a host of changes -- three from the visitors, four from the home team -- following last week's results, but it was the Torch Bearers who put behind the disappointment of throwing away a two-goal lead to seal the points this time around.

The loss was Jamshedpur FC's fourth in a row and they now sit in 10th place with four points in seven games. They stay at home to host Kerala Blasters next on December 4. On the other hand, EBFC's third win of the season pushes them up to 8th place with nine points from eight games and they now get a two-week break before they travel to Hyderabad on December 9.

East Bengal FC took control of the game early on as Suhair VP put them in front just 90 seconds into the game. Jamshedpur FC were caught napping during a throw-in routine down the leg and allowed too much space for Naorem to lift his head and put in a dipping cross towards the far post. Suhair produced a low diving header to slot the ball into the net.

Cleiton Silva would soon get into the action to put EBFC 2-0 ahead in the first half for the second game in a row. In the 26th minute, Silva picked up the ball after a Jamshedpur FC corner and drove it forward before releasing Naorem on the left.

Naorem kept the defenders at bay as Silva made a lung-busting run toward the box, to receive what would be the second of Naorem's inch-perfect deliveries of the night. Silva rose with the ball on the bounce to slot it in.

Jamshedpur FC started making moves after that wake-up call, with Jay Emmanuel-Thomas finding himself in great positions in a first half where the teams took a combined 13 shots on target.

Towards the end of the half, Jamshedpur FC were awarded a penalty after Lalchungnunga was found to have elbowed Harry Sawyer while contesting a header. Thomas got his chance to get on the scoresheet and took it to make it 2-1 at half-time.

Having been caught after being 2-0 up in their last game, EBFC came out in the second half determined to stretch their lead.

Naorem was on hand once again to produce the magic. He picked up the ball on the left side and chose to slip a perfect grounded pass between the two central defenders and the goalkeeper as Silva burst through to find his second goal of the night. That 58th-minute goal also put Silva on top of the scoring charts for this season.

After securing another two-goal lead through the attack, EBFC then solidified in defence, providing fewer scoring chances for Jamshedpur FC in the second half and sealing three points on the road.