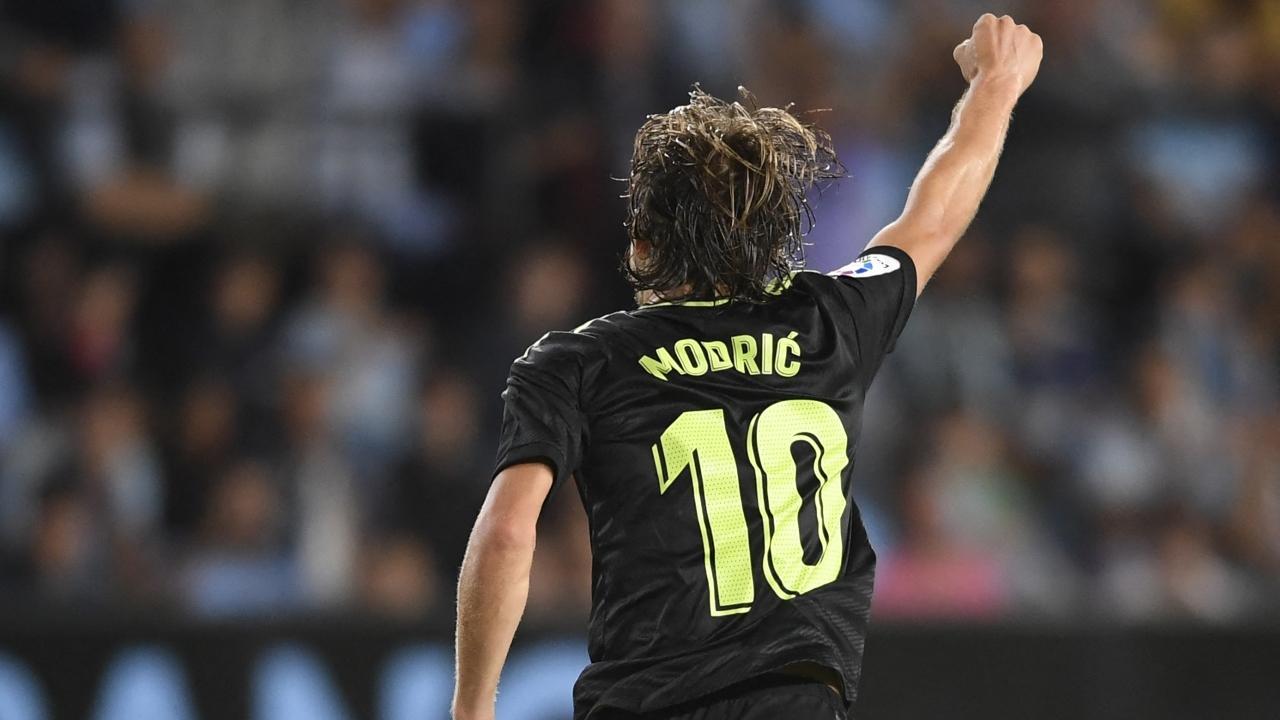 
Luka Modric is making it easier for Real Madrid fans to start getting over Casemiro's departure.

A day after the Brazil midfielder announced he was ending his successful decade-long stint with Madrid to join Manchester United, his former teammate scored a beautiful goal and set up another to help the defending champion beat Celta Vigo 4-1 on Saturday for its second consecutive win to start the Spanish league.

Modric's performance was worthy of applause even by Celta fans when the veteran was substituted in the second half.

"It is always nice," Modric said.

"It makes me happy to be recognised by other fans."

Karim Benzema, Vinícius Júnior and Federico Valverde also scored as Madrid comfortably followed up its come-from-behind win at promoted Almería in the opener.

It was Madrid's first game since losing Casemiro, the trusted holding midfielder who had been one of the defensive anchors of the Spanish powerhouse.

"We made history together here," Modric said.

"He was a fundamental piece for us and we will miss him a lot, both as a player and as a person. We are sad that he left but it's part of soccer. We have to move on without him and each one of us has to give something extra to make up for his absence."

Without the Brazilian, Madrid coach Carlo Ancelotti set up the midfield with Eduardo Camavinga, newly signed Aurélien Tchouaméni and Modric, who had not started against Almería.

The 36-year-old Modric took over the midfield on Saturday, controlling the pace both defensively and offensively.

Also Read: Dortmund stunned as Bremen score 3 goals in last 6 minutes to win from 2-0 down

He scored his goal with a well-placed curling shot into the top corner after a nifty move to get past a defender at the top of the area in the 41st minute at Balaídos Stadium.

"Modric is a fantastic leader for us," Ancelotti said.

"He played very well and scored the most important goal of the match because it put us ahead and made everything easier."

Benzema, Madrid's top player last season, scored his first goal of this campaign by converting a 14th-minute penalty kick after video review spotted a handball by Celta midfielder Renato Tapia inside the area.

Celta equalised with another penalty kick less than 10 minutes later, with Iago Aspas finding the net from the spot after a handball by Madrid defender Éder Militão.

After putting his team ahead, Modric sent a nice through ball to Vinicius Júnior in a breakaway in the 56th, and the Brazil forward found the net after dribbling past Celta goalkeeper Agustín Marchesín.

Some Celta fans stood to applaud Modric when he was substituted by Dani Ceballos in the 77th. Valverde closed the scoring after a pass by Vinícius Júnior in the 66th.

Substitute Eden Hazard missed a chance to increase Madrid's lead when he missed a late penalty kick, with Marchesín saving his shot.

In addition to Casemiro's absence, Ancelotti also could not count on midfielder Toni Kroos because he had the flu. Forward Rodrygo was not in the squad because of an injury.