The World Cup in November and December means Real Madrid face a packed fixture calendar until the middle of November and when the season restarts, they will also have to travel to play the Spanish Supercup and the World Cup Championships leading to a further fixture pile-up 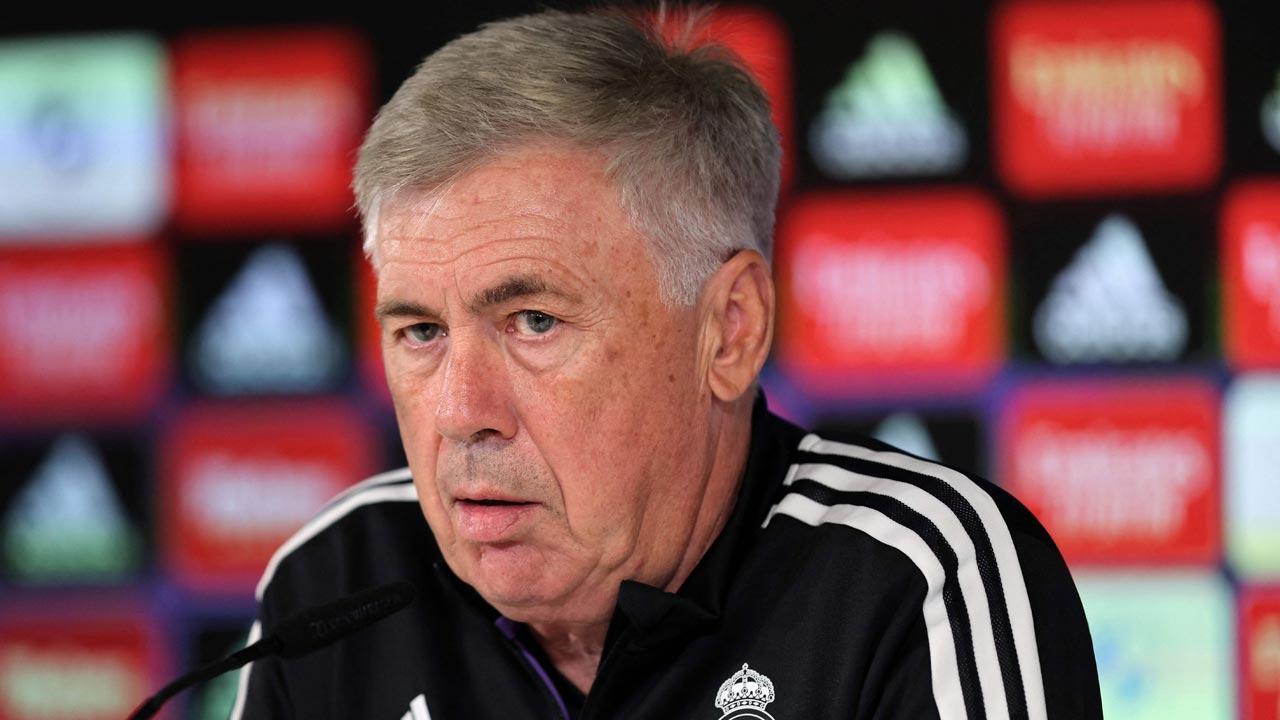 
Real Madrid coach Carlo Ancelotti commented on Saturday that he would be using a policy of squad rotations more this season to help his side get through the rigors of what promises to be a draining campaign in the best shape possible.

The World Cup in November and December means Real Madrid face a packed fixture calendar until the middle of November and when the season restarts, they will also have to travel to play the Spanish Supercup and the World Cup Championships leading to a further fixture pile-up.

Although Ancelotti repeated the team that won last season's Champions League for his side's 2-0 European Supercup win over Eintracht Frankfurt on Wednesday, the Italian confirmed in his pre-game press conference that he would be making changes for their La Liga opener away to Almeria.

"The reasons for squad rotations are that we have a very strong squad and we have to ensure they all remain motivated," he said was quoted as saying by Xinhua.
"I need quite a big squad because as well as the World Cup, the idea is to make more changes than last season," added Ancelotti.

Sunday could see players such as Eduardo Camavinga, Rodrygo, Lucas Vazquez, Antonio Rudiger and even Eden Hazard step into the Real Madrid starting 11 against a side that was promoted to the top-flight last season.

"We aren't going to have too many problems (with tiredness) until the World Cup," said the coach.

"The players who want to be at their best for the World Cup are going to look after themselves. My big doubt is how they will come back after the World Cup, which is when we have the important moments of the season. That is where our doubts are regarding rest," insisted Ancelotti.