Lionel Scaloni: Hope to win and bring joy to Diego if he’s looking down at us 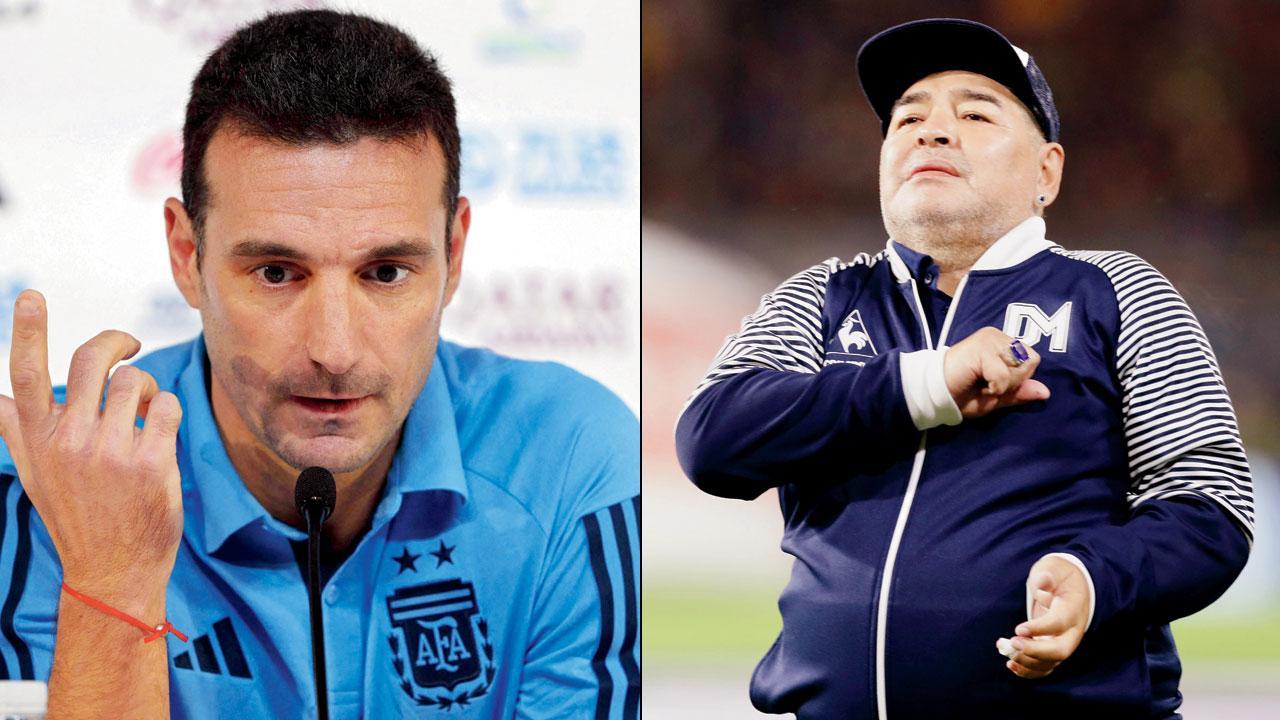 
Touted to be among the favourites to win this World Cup, Argentina are possibly one day and one match away from exiting the competition in the first round itself, following their shock 1-2 opening defeat to Saudi Arabia recently. As they take on South American rivals Mexico in a must-win game on Saturday, as match-eve coincided with the second death anniversary of Argentine legend Diego Maradona, both coach Lionel Scaloni and forward Lautaro Martinez couldn’t help but recall the hero of their 1986 World Cup win, incidentally, in Mexico.

“We are always reminded of what Diego has done for Argentine football every time we see his images or videos. Today is a very sad day, but hopefully tomorrow [by beating Mexico] we will look to bring Diego some joy if he’s looking at us from above,” Scaloni said at the pre-match press conference here on Friday. “Maradona was very important, not just for Argentine football, but also from the global context of the game. Today is a sad day for us and the Argentine fans, but we will look to make everyone happy tomorrow,” said Martinez.

Both Scaloni and Martinez insisted that the team will give it their all against the Mexicans. “We were very sad and in pain after our defeat to Saudi, but we lost because of our own mistakes. We have prepared well after that and have analysed our opponents. We are willing to break our backs out there tomorrow to win for Argentina and our fans,” said Martinez. “There is a lot at stake for us, as players and as a country, in tomorrow’s match, so there is no question about how we will approach it. On the pitch, each and every Argentine player will be ready to break their backs until the very last second to reverse our initial setback,” said Scaloni.

Next Story : Antoine Griezmann is the ‘link’ as France eye progress