Ilkay Gundogan, Kevin De Bruyne and Phil Foden were City's scorers, along with an own-goal 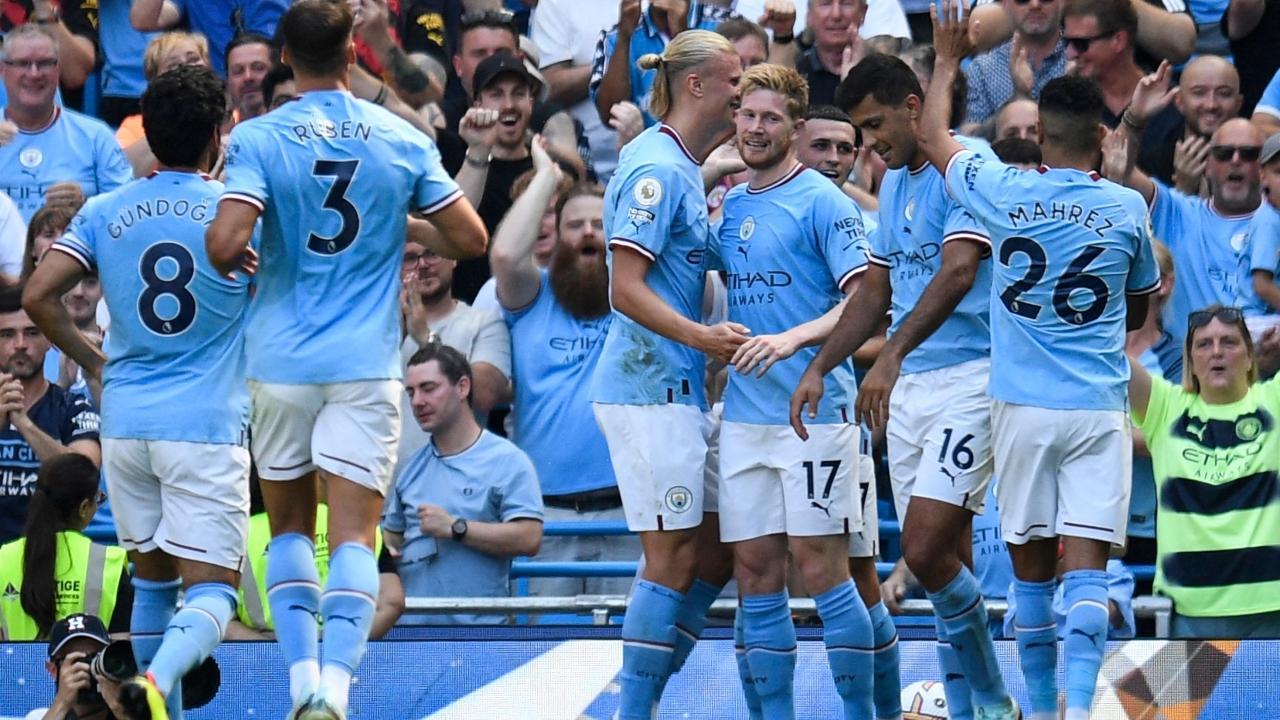 Kevin De Bruyne celebrates with teammates after scoring a goal during the match between Manchester City and Bournemouth. Pic/ AFP


Erling Haaland might not hog all of Manchester City's goals this season, after all.

Ilkay Gundogan, Kevin De Bruyne and Phil Foden were City's scorers, along with an own-goal, in a 4-0 win over Bournemouth in the Premier League on Saturday, with Haaland barely getting a sight on goal at Etihad Stadium.

The Norway striker scored both of City's goals in its opening-weekend 2-0 win at West Ham but was mostly crowded out a week later as Bournemouth sat deep with plenty of men behind the ball in a match that resembled an attack vs. defense training exercise.

City's midfielders reaped the benefits of the extra focus on Haaland.

Gundogan's goal did involve City's new star striker, with Haaland holding off his marker with his back to goal and clipping a ball through to the Germany midfielder. Gundogan's left-footed finish found the bottom corner in the 19th for his 50th goal for City.

De Bruyne scored the pick of the goals, the playmaker cutting inside on a counterattack led by Foden in the 31st, beating a defender and bending his shot with the outside of his right foot into the far corner.

De Bruyne returned the favor for Foden six minutes later, slipping a brilliant pass through the legs of a defender and into the path of his teammate, who took a touch and fired in a deflected shot that beat goalkeeper Mark Travers.

Haaland's best chance fell in the 73rd when he mishit a first-time shot wide from Jack Grealish's cut-back. The striker was substituted moments later.

The scoring was completed by Jefferson Lerma, who unwittingly turned a cross from Joao Cancelo into his own net from inside Bournemouth's six-yard box.

It was a wake-up call for Bournemouth after the promoted team started the season with a surprisingly comfortable 2-0 win over Aston Villa last weekend.

City manager Pep Guardiola again chose to start with Bernardo Silva on the bench. The Portugal midfielder has been linked with a move to Barcelona and didn't start against West Ham, either.