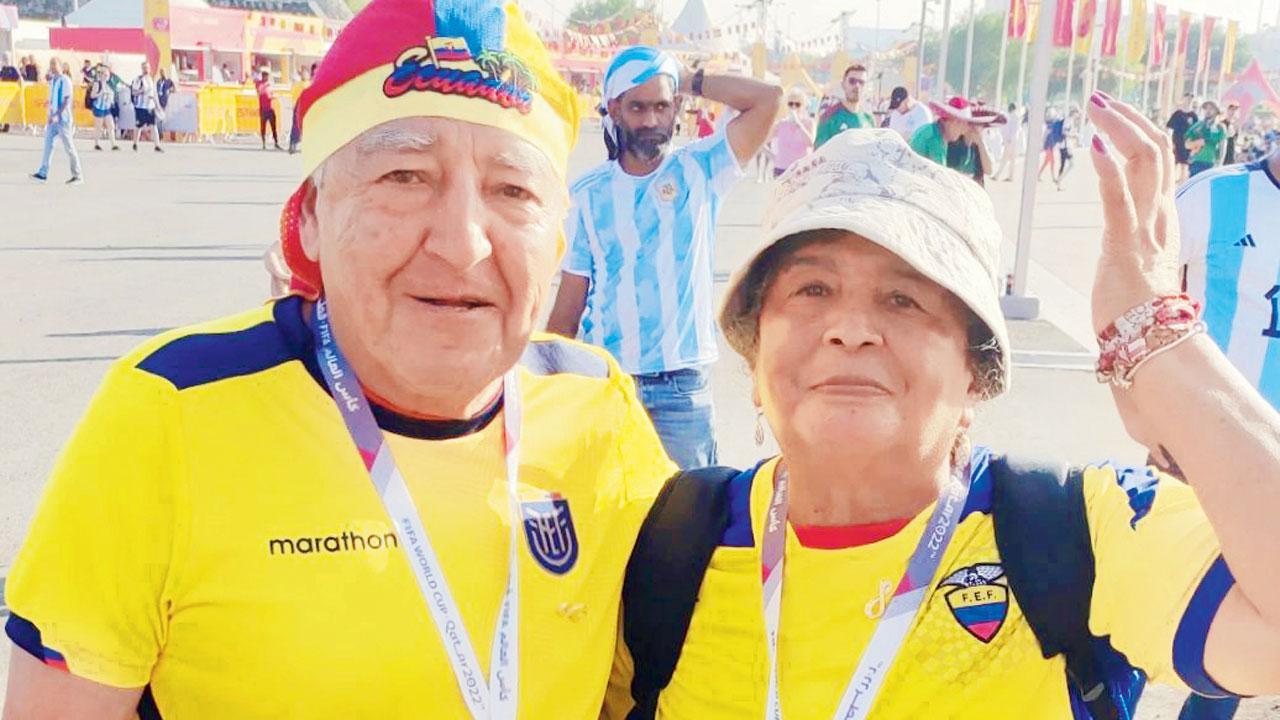 
Ecuador have always been in the footballing shadows of fellow South Americans Brazil, Argentina, Mexico, Paraguay, Chile, Colombia…the list is lengthy. However, the tiny nation, a population of less than 20 million, and the third-youngest side here (average age of 25.6 years, behind Ghana 24.7 and USA 25.2) gave a good account of themselves before making an exit after suffering a 1-2 defeat to African champions Senegal at the Khalifa Stadium on Tuesday.

Ismaila Sarr (44th minute) opened the scoring for Senegal from the penalty spot before Ecuador’s Moises Caicedo (67th) scored the equaliser. Kalidou Koulibaly (70th) then netted the winner to send the Africans through to the next round where they will meet England on Sunday.

Two of Ecuador’s possibly senior-most fans here, Jose Aguayo, 77, and his wife Teresa Ortiz, 75, insisted that their team has surpassed expectations even while accepting that Senegal were the better side on the day. “We beat hosts Qatar [2-0] and then held one of Europe’s topmost teams, The Netherlands [1-1] to pick up four points, which in some of the other groups, is good enough to go through. Senegal played very well today. I think our young boys took too much pressure as it was a must-win game for us,” Aguayo, who has been to the last three World Cups with Teresa, told mid-day.

His better half said she was sure Ecuador would win after Caicedo’s equaliser. “We fought well to make it 1-1 but unfortunately they scored again. But our striker [Enner] Valencia has had a great tournament, so we are happy for him,” she said referring to the veteran 33-year-old forward’s achievement of entering the tournament’s history books when he scored three goals to match his effort at the 2014 edition in Brazil.

Next Story : World Cup or walkathon for spectators, mediapersons?