Kylian Mbappé scored five goals, including a 12-minute hat-trick in the first half, as Paris Saint-Germain won 7-0 at amateur team Pays de Cassel in the French Cup to set up a round-of-16 match at bitter rival Marseille 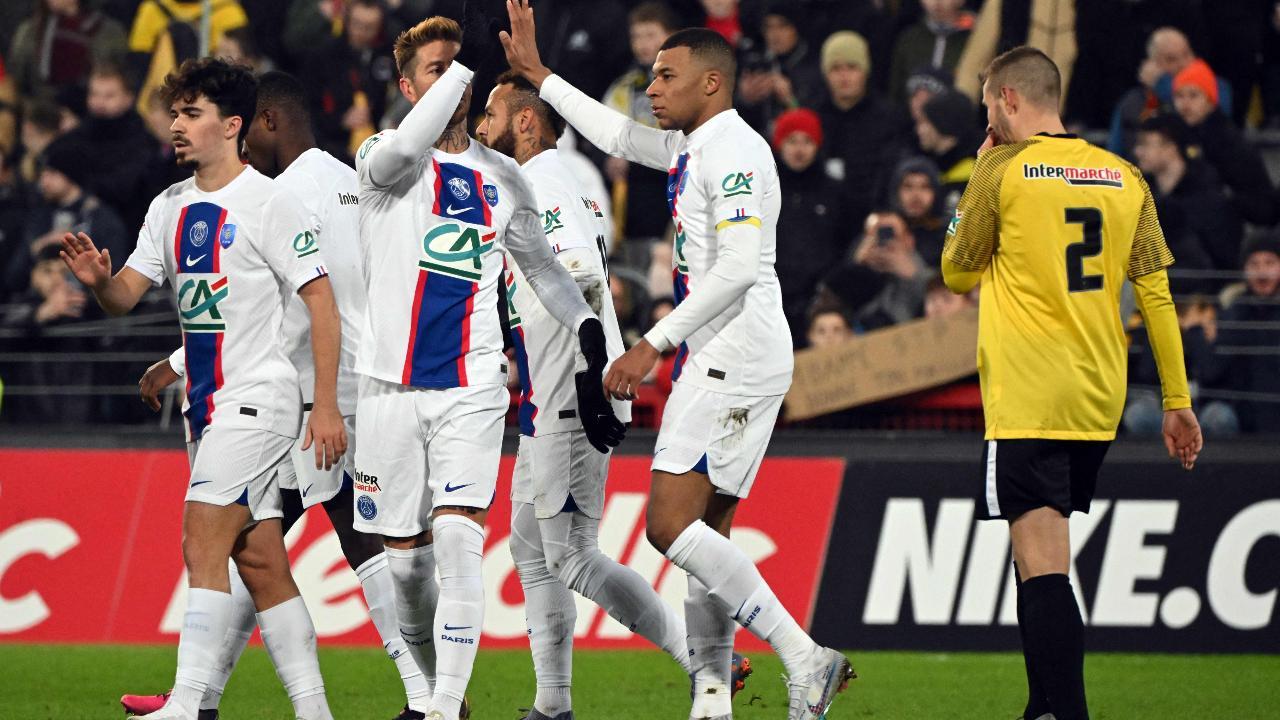 
Kylian Mbappé scored five goals, including a 12-minute hat-trick in the first half, as Paris Saint-Germain won 7-0 at amateur team Pays de Cassel in the French Cup to set up a round-of-16 match at bitter rival Marseille.

It was his first hat-trick since France's World Cup final defeat to Argentina on Dec. 18. It took Mbappé's tally to 25 goals in 24 games this season and moved him onto 196 overall for PSG -- four short of Edinson Cavani's club record.

Mbappe became the first PSG player on Monday to score five goals in a competitive match.

"We came here to respect this team by playing at our level. That's what we did and we're very happy," Mbappé said. "It was a great opportunity for them and also for us, because it's a reminder for us that we come from amateur football and it's important to keep this link. Even if it's only for one game."

PSG coach Christophe Galtier kept his word and picked a strong side, with the World Cup top scorer Mbappé and Neymar in the lineup, although he rested World Cup winner Lionel Messi for the game played at northern side Lens' home stadium.

Neymar was anonymous until he collected a yellow card for a rash late tackle in the 26th. Galtier looked increasingly agitated with his underperforming team when Mbappé put record 14-time cup winner PSG ahead from Nuno Mendes' cross in the 29th minute.

Neymar was roundly jeered by the crowd when he scored PSG's second goal with a skillful effort in the 33rd, before Mbappé netted with a lob and a slick chipped finish.

Mbappé grabbed his fourth after a goalkeeper blunder in the 56th, before Neymar set up Carlos Soler midway through the second half and Mbappé slotted in from close range in the 78th. He almost got a double hat trick but a late shot was blocked.

Marseille won the last of 10 French Cups in 1989 and has lost three times in the final since, including to PSG in 2016.

Another all first-division clash sees Lyon hosting Lille with the ties held Feb. 7-8.

PSG hosts Bayern Munich on Feb. 14 in the first leg of their Champions League last-16 game.